Saraba Magazine
Home - Of Rising, and the Home-based Nigerian Writer 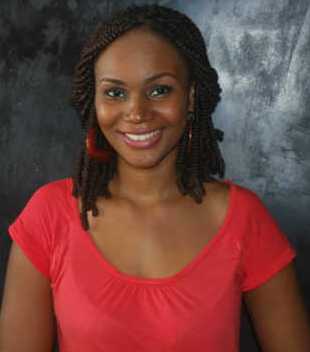 African literature! In the 21st century, the stories of Africa are still being vetted by the West. There is no excuse for this shame.

The elephant in the room. If the “African writer” does not escape to the West, nothing, absolutely nothing will come of his or her writing. It is the sad truth. Africa is hell for writers.

Writing. I had never loved literature. I grew up in a place where Arts students were called ‘unserious’ while the Science students were praised for their serious-mindedness. And being a teenager who always felt she had something to prove, I joined the Science class. Later I would go on to study Computer Science. But I lost all that seriousness and consciousness that Science required. Perhaps I began to see Science as one large menacing figure, ambling around me, striping me of my emotions. Life is created from one’s thought. Our thoughts give rise to actions that make or break a people. Once, I had imagined life was me dreaming and the world and everyone in it existed only in my subconscious. Again, it seemed my stories were made manifest in an alternate universe, creating and disrupting lives, changing destinies. It was a defining point in my life and there was joy in finding my place and deriving joy in a craft that came to me like breathing. I had finally realized who I was meant to be and who I will always be: a storyteller.

I had finally realized who I was meant to be and who I will always be: a storyteller.

And so it was a rude shock when I read the above post made by my friend, Ikhide R. Ikheloa, on his Facebook page. He concisely crumbled the neat little worlds I had created. I was left shivering in resentment, like the child who had taken her time building her clay houses, only for the adult to come stumping all over them. Perhaps it was anew kind of disaporan snobbishness that wasn’t any different from the slight scorn met on us by the privileged folks who had visited abroad; they return home with a new pout to their lips and noses scrunched up in disgust at everything here, a strike in their poses, the clickety-click of their heels on our well-scrubbed floors as they strut in that new way, so different from the “way you people do things here”. It was in same way I was mentally clobbered after reading the post made by the renowned Poet and Professor, Olu Oguibe, who described a people as “… simply morons, and that’s why they end up with a shit hole for a country.”

While writers wrote back to Ikhide Ikheloa in defense of our generation, I gasped at how his few words crumbled all that I believed in. The finesse and straight-faced way with which he delivered the bomb was pure art.

Do we wait for the West’s redemption? It is evident in where we submit our stories for publications, in the competitions we enter for, the grants and residency programmes we apply for—opportunities that aren’t readily available at home.

At the home front is the NLNG Prize. The competition was designed to taunt our taste buds. Each year, writers hastily tack their works together and enter for the competition. $100,000 is enough compensation for any writer, for daring to live and, especially, daring to write in this space. This year, 205 poets entered for the NLNG Poetry competition, while a few of us—possibly those of us who didn’t make the shortlist of the Commonwealth First Book Prize, or last year’s NLNG Prize, will desperately enter for the last-resort-competition: The Association of Nigerian Authors Prizes. I do not know yet if I would enter for it. But would I have been ambivalent if it were a Western-affiliated Book Prize for African Writing? But then, of what value is ANA to the home-based writer? Does it amount to book sales and publicity? Perhaps, in time, the winner would look back with pride—since we always enshroud the past in flowery details and neatly brushing off of the gritty parts. Perhaps then, the prize would then begin to look prestigious, a colourful feather on the writers dull cap.

To reaffirm my faith in writing, I attended the last Bayelsa Book Fair/AMAA 2013. I came home partly depressed but resiliently bubbling with a few ideas on ways we could improve. These ideas are similar to what friends are doing in LAIPO, Abuja Literary Society, Rainbow Book Club, Poetry Slam, Abuja Writers Forum, e.t.c. They aren’t any different from what our online journals are doing. But two points stood out on my notes; they determine if our works are taken seriously:

Editing. The global writing industry has a cut-throat standard set so tight that works which are not properly edited are perceived as abuse to reader’s intelligence. It could be depressing—to the sensitive reader, who might call for lawsuits in the future if crazy enough; time was invested in reading such works, and also the reader was assaulted mentally for daring to buy our books with their own money. I receive editing requests, on the average, about five requests from young writers per month. I am not an editor. My works plead for the services of these editors. And to help conquer this challenge, I put up a Facebook update requesting for the contacts of professional editors resident in Nigeria. I was amazed and humbled by the responses. I have since been working on a journal that would readily provide writers with contacts of those professional editors. Maybe then, we would begin to get this part right. Perhaps too, on a second outing, my book will be better edited. We won’t have to cringe at the mediocrity replete in our works.

This year, four Nigerians made the Caine Prize shortlist. We are glad. I am ecstatic. My friends are on that list. But I am sober too. This is 2013 and our gazes are still fixated on the West.

Advertising. This became a major industry by the twentieth century. It drove cultural changes, contributed immensely in the way women are now perceived due to its depiction of women as sex objects. Advertising also created a consumer culture that gave rise to the use of bleaching agents and hair extensions. And when the internet and social media came, the advertising industry frothed in excitement. Publishers and publicists took advantage of this medium to publicise works of contemporary writers as never before. The Hair Debate on the social media increased interests in Chimamanda Ngozi Adichie’s new book, Americanah. My mother, who resides in Kano State, called to ask what “Chimamanda was saying about hair”. I picked my jaw off the floor and asked how on earth she heard this. “I am not old, Ukamaka. I know how to use a mobile phone,” she said. Teju Cole’s Small Fates tweets have been retweeted, shared on blogs, Facebook pages, spreading his 140-worded powerful stories to millions of readers scattered all over the globe. My friend, Ifeoma, asked me, “Who is this Teju Cole?” I gave her my Faber and Faber copy of Open City. She is yet to return it to me. She now recites his lines by heart.

And how does this translate into success for the home-based writer? Most of us are “undiscovered”. This is not because young folks do not read or follow the trend on the social media. But they do not know we exist. Although the perception is gradually changing, Nigerian literatures are never found in Aba bookshops, except if they are on the WAEC syllabus or they are part of the African Writers Series of the Chinua Achebe epoch. People are no longer perceived as intelligent because they hulk around large books. This is the age of smartness. Smart gadgets are leading to a slow, painful death of hardbacks and paperbacks, though the book is not going down without a fight. But before this fight ends, before a winner emerges —if it ever will— how will the home-based writer be remembered? Will we look back twenty years from today and regret things we would have done better; of bookshops we would have filled with books and reading culture we could have revived in areas like Aba and Umuahia? How many of the paperbacks published by the home-based writer will be found in the libraries and archives, places of memory, in remembrance of this millennium?

Will we look back twenty years from today and regret things we would have done better; of bookshops we would have filled with books and reading culture we could have revived in areas like Aba and Umuahia? How many of the paperbacks published by the home-based writer will be found in the libraries and archives, places of memory, in remembrance of this millennium?

I work as a customer service representative, and ever since my return from Bayelsa, I’ve had cause to berate myself: I should initiate the idea of Read-A-Book-A-Month at my work place. Our staff strength nationwide is a little over ten thousand. If I worked at it, there would be the chance having our literature appreciated at my place of work. I would get our literature to ten thousand people. Include the children who might pick up these books to read. Multiply this by the friends and families whose interest might be piqued by the book cover. That is one way to avert the huge cost of media publicity. My friend and writer, Abubakar Adam Ibrahim, who is also an arts editor of a Nigerian newspaper, gave an estimated cost of 16 million Naira to place an advert on their front page. We lack the government support, but what better way to also get people reading than approaching the other sectors, as part of their Corporate Social Responsibility, for them to buy and donate our books to schools. Perhaps during the Customer Service Week which is held in the banking sector every October? My notes are spilling onto pages.

Collaborative efforts would be our saving grace. And to begin this step, I saw that change will never come miraculously. This year, four Nigerians made the Caine Prize shortlist. We are glad. I am ecstatic. My friends are on that list. But I am sober too. This is 2013 and our gazes are still fixated on the West.

As I concluded my notes, the wise words of the American writer and humorist, Mark Twain, came to mind:

“Twenty years from now, you will be more disappointed by the things that you didn’t do than by the ones you did do. So throw off the bowlines. Sail away from the safe harbor. Catch the trade winds in your sails. Explore. Dream. Discover.

A ship in harbor is safe. But that’s not what ships are meant for.”

I would like to end on this note: this will only work if we decide to come together and build us up, just as Adebiyi Olusolape said to me over the phone, “You are not doing it for yourself, or for me, but for the community.”