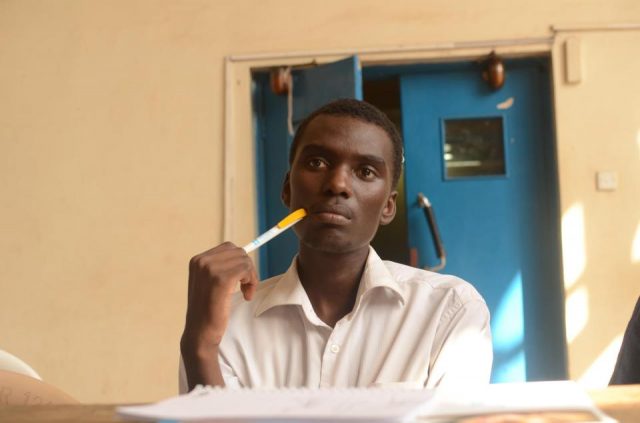 “I will just stop short of saying that literature – literature does not need publishers. I will however stake my word on this: their absence is not the absence of literature.” – Ernest Bazanye, ‘Uganda is a Literary Jungle, but a Publishing Desert‘, Workzine April 16, 2013 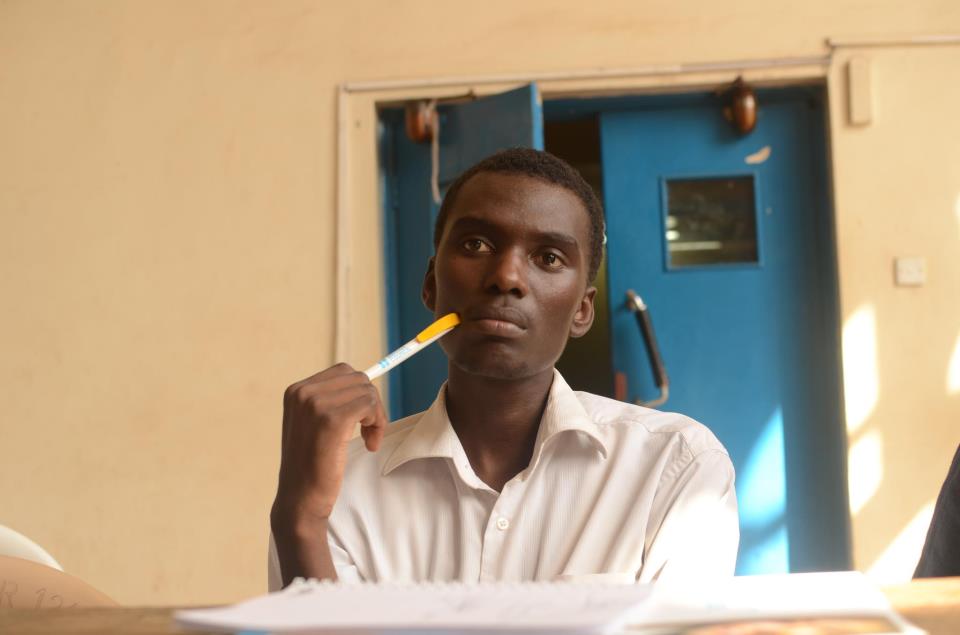 For every book on my School syllabus, my mother paid for a copy. None of the books on the syllabus that I remember was published by a Ugandan publishing firm. The closest we could come to a Ugandan publishing firm was the East African Educational Publishers, which was based in Kenya and most of the time re-printed books in the Heinemann African Writers Series.

After High School, and at university, I started visiting bookshops to find myself some fiction books to read. Not because these books were on any syllabus, but because I wanted to feed my intellectual curiosity, to enter another realm of existence, and sometimes just to pass time, really. Except the books published by international publishers, I could not find yummy enough fiction on the bookshop shelves. Occasionally, there was Austin Ejiet’s ‘Hurray for Somo and other Stories’ and a few other exceptions. Fiction published by Ugandan local publishers often left a bitter taste on my reading tongue. From typing errors, strange pagination, allowing textbook drafts to masquerade as fiction, to murdering grammar rules, there was all the evidence one needed to prove that Ugandan publishers had no room for editors and probably did not give a hoot what the readers thought or expected from them.

My addiction to the internet also showed me that other Ugandans interested in good literature had migrated from physical bookshops and libraries to Internetville years before I caught the bug. When I found myself among them, it became easy to say that a serious Ugandan reader does not need to visit a bookshop.

Quite unintentionally, my addiction to the internet granted me access to very good Ugandan literature the bookshops could not give me. Everything else I could not get from the bookshops, I found on the internet, for free. I learnt of self-published novels like Nick Twinamatsiko’s ‘Chwezi Code’ and went ahead to purchase them. In Ugandan bookshops, it is easy to find literature published overseas, like Moses Isegawa’s ‘Abyssinian Chronicles’, but not Alan Tacca’s ‘The Naked Hostage’. But on the internet, a writer who is keen on connecting to readers can reach out to them directly. I wish Alan Tacca’s publisher embraced this truth. His novel would be available to the thousands of Ugandan readers walking Internetville daily. And his is a good novel, not like the many ‘Mummy believes I have talent so I pay and print my novel’ things that we see on the shelves.

My addiction to the internet also showed me that other Ugandans interested in good literature had migrated from physical bookshops and libraries to Internetville years before I caught the bug. When I found myself among them, it became easy to say that a serious Ugandan reader does not need to visit a bookshop. They just need to log onto the internet, search the blogosphere and savour the servings on Scribd.

One of my addictions is www.urbanlegendkampala.com. ULK as is commonly known, offers unrivalled humour and a satirical look at the meaning of living and existing in contemporary Uganda. One day in 2011, while laughing my ribs apart, a common effect of visiting ULK, I saw a hint and a phone number. Ernest Bazanye’s ‘The Adventures of Chandler and Fraiser’, a novelette built on two raucous characters Bazanye had written about a number of times in his Sunday column was available in print, at only Uganda Shillings 3,500/=, slightly less than two US Dollars! I dialled the number and was directed to a small shop in a large shopping mall, in a Kampala suburb and just like that, I had the novelette in my hands. No international publishing house, nor a local one involved. No Aristoc Booklex. The writer wrote, got some little money and printed, and spread the word among his friends about what he had written and printed. I, the reader bought and read. Full stop.

I am not the only one who reads Bazanye. His Bad Idea column in The Sunday Vision has a sizeable following. His voice, in much of his fiction that I have read is the same as his Bad Idea voice. I perceive that those who like his Bad Idea will like his fiction. From his Bad Idea column he collected some pieces that populate another book of his, aptly titled ‘The Worst Idea.’ Bazanye is not the only one whose writing Ugandan readers have been able to access, through a newspaper. Alan Tacca is another. The late Austin Ejiet and Tumusiime Rushedge also.

…has the publisher, who derives profit from the readers’ consumption of Literature lost out on business due to the readers’ discovery of the availability of their favourite writers’ work online?

Basing on Bazanye, Tacca, Ejiet and Rushedge, can one argue that writers in Uganda cut their teeth at writing, through the newspaper? This is to shut one eye and not focus on the Association of Uganda Women Writers (FEMRITE) award-winning members like Monica Arac de Nyeko, Doreen Baingana, Jackee Batanda, Beatrice Lamwaka, among others. I am shutting the one eye because most of the works of these writers have been published internationally, before returning to home soil.

In the same vein, I shall speculate that the Ugandan book buyer is almost always a newspaper reader, and is interested in fine writing. If these assumptions hold true, the question becomes, has the publisher, who derives profit from the readers’ consumption of Literature lost out on business due to the readers’ discovery of the availability of their favourite writers’ work online?

Whereas it is agreed generally that newspapers are not a substitute for books, the internet poses a significant challenge to the paperback industry. The internet has brought its own version of the paperback and called it the e-book. With this adaptation, the looks set to beat the print industry at the latter’s game. Publishers in markets like Uganda’s need to connect all these dots involved in the consumption of Literature. The publisher needs to see how to reach the newspaper reading market for fine literature and how to improve the delivery of fine Ugandan Literature on Internetville at an affordable cost, so the writer can take some milk for their family as well. The traditional print publishing model has proved itself ineffective for the Ugandan reader. It only works for the textbook industry, which survives on a sort of induced demand.

At Center for African Cultural Excellence, a non-profit I co- founded, we seek to aid the reader, the writer and publisher in making sense of these realities and harness the available opportunities. We started the Writivism project for this purpose. Through a flash fiction writing competition, we identify talented young writers, take them through a writing workshop, connect them to mentors and publish their stories in newspapers, in an e-book and a paperback anthology. We then take them to reading events in Kampala, where literature consumers gather to listen to some poetry and prose, and to schools where Literature continues to be detained in the prison of African Writers Series. At this stage, their work is reasonably available to the public. Then with the guidance of a high level panel of judges, comprising Ernest Bazanye, Ayodelle Morroco-Clarke and chaired by Zukiswa Wanner, the writers do a peer-vote which is considered alongside the public’s preference for the Writivist of the Year Award. The Award winners are announced at a Festival, where the reader, the writer and publisher meet and discuss in detail what it means to read, write and publish on the African continent in the twenty first century.

“What does a novelist do when he has a novel and Random House, Penguin, Barnes nor Nobel have not called? He puts it up online and says, well, if you want to read it, please take a look.”

CACE’s Writivism initiative is not a magic wand that will miraculously connect all the dots in the literary industry in Uganda. The major stakeholders, from the reader, to the writer and the publisher must work together to connect these dots. Outside an inclusive approach, opportunities for all of us are being lost. I will give an example. Without professional and proper marketing, Ernest Bazanye’s ‘The Ballad of Black Bosco‘ has been read 1820 times onScribd since March 2012 and most of the readers are located in Uganda. He followed up the novella in October 2012 with a collection of his flash fiction, ‘Stories from Late Evening in Kampala‘ which has so far amassed 1157 reads. His most recent mix-tape as he calls them, posted in March 2013, ‘Nature of Things‘ is at 782 reads and counting. He tells me that more “people would have paid for The Adventures of Chandler and Fraiser if it was available in a better package, in bookshops and in a better form”. I think this is where a progressive publisher can come in. Build a proper and effective marketing machinery targeting the Ugandan online reading market, avail it in many forms, as an ebook, as a Kindle book, etc. Connect the readers to the writer and vice versa, organise reading events, avail writers to all the reading clubs springing up in the city and online.

With this done, we will not find writers in situations Bazanye once found himself in, as narrated on hisblog;

“What does a novelist do when he has a novel and Random House, Penguin, Barnes nor Nobel have not called? He puts it up online and says, well, if you want to read it, please take a look.”

Brian Bwesigye is co-founder, Center for African Cultural Excellence, Theatre Fellow at the D&F Academy and an Assistant Lecturer at Makerere University’s School of Liberal and Performing Arts. His work has appeared in Saraba, New Black Magazine, Uganda Modern Literary Digest among other places.