Saraba Magazine
Home - The Joy of Discovery with A. Igoni Barrett 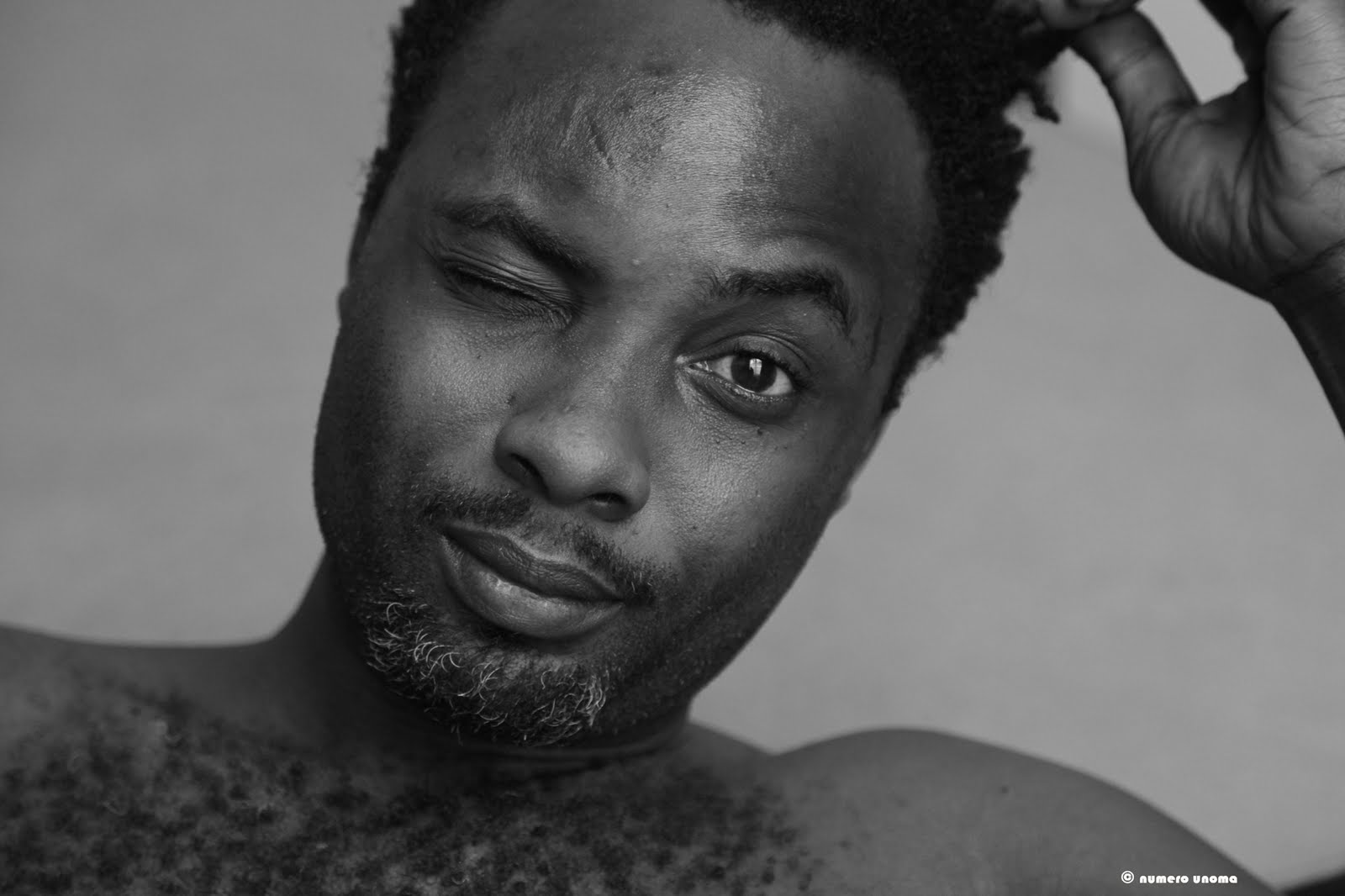 In April, the author generously granted Saraba an interview. Barrett has refused to grant interviews to Nigerian newspapers which, according to him, are not to be taken seriously because of their low standards which is evident in the preventable errors which mar their copy and because of their well-known disrespect for interviewees, which manifests in the tendency to willfully misquote people with sometimes damaging results.

However, those are not the only reasons making the author decline some offers to be interviewed. Barrett has to attend seriously to the demands of the manuscript of his first novel, which is nearing completion. He was also preparing for a series of literary engagements in the United States, as part of the work of promoting his newest collection of short stories, Love is Power, or Something Like That, which has already been named on the long list of the 2013 Frank O’Connor International Short Story Award in a strong field of 74 other books, including Chinelo Okparanta’s Happiness, Like Water and Junot Diaz’s This Is How You Lose Her.

Love is Power, or Something Like That hits bookstores in the US this month, in the UK in July and in August, Nigeria. Saraba began, half in jest, by asking Barrett who has been writing professionally for 13 years whether he would retire from writing when Love is Power, or Something Like That makes him a billionaire. Barrett’s short answer was, “I don’t write for money.” He then went on to express doubts that his kind of writing, which he admits is marked by a certain kind of “seriousness,” might appeal to readers of all ages, like the fantasy fiction of J.K. Rowling.

Barrett said that he writes to be read by the world and across all ages but that he has something special to say about Nigeria. Even though he wants to be read by the world, he said, “I don’t want to consider myself a native informer.” He said that he was asked to consider including a glossary of Nigerian words and terms at the end of Love is Power, or Something Like That but that he rejected the idea. The author also said that he has been fortunate in his foreign publishers, in their unflagging confidence in the quality of his writing, in that he has not been subjected to pressures to fill a scripted role of the interpreter of Nigerian culture.

Love is Power, or Something Like That is being published in the US by Graywolf Press, in the UK by Chatto & Windus, and in Nigeria by Farafina. Barrett reflected on having to read Hemingway on Hemingway’s terms and appreciating Hemingway’s body of work because of the quality of the writing even though the primary audience targeted at the time that great writer’s books were originally published did not necessarily extend to a world audience.

Barrett said that what is very important to him is for his writing to say to Nigerians, “See how you people live.” The author said, “I am Nigerian. I grew up in this system. This is where I was born, schooled. There are enough Nigerians who read. I don’t think we have reached enough of them yet, and this is one of the reasons why it is important to me to remain in Nigeria.” Saraba then asked him why he has chosen to reach Nigerians by writing instead of, say, by music or by film. Barrett’s response was, “Writing is where my skill is.”

And, Barrett has been very active in reaching new readers and helping to make exciting, new African writing accessible. In 2006, Barrett co-founded Blackbiro, an online literary journal. In 2007, he joined the editorial team of Farafina Magazine. Barrett is also the founding organizer of the Lagos BookJam Reading Series which has played host to writers such as Tsitsi Dangarembga, Michela Wrong, Chimamanda Adichie, Jude Dibia, Binyavanga Wainaina, Helon Habila, and the reading public. In response to claims that Lagos had cornered all the literary events where readers could meet their favorite authors, Barrett initiated and managed the “9 Writers, 4 Cities” six-week reading tour in May of 2009.

However, Barrett said that he sees those kinds of literary activities as quite separate from his primary calling, writing. Barrett said that he began the BookJam series in 2009 to help sell copies of his first collection of stories, From Caves of Rotten Teeth. He also wanted to help publishers like Farafina, Cassava Republic and the bookstores. He recalled that prior to the first BookJam, the Silverbird bookstore which had had 50 copies of From Caves of Rotten Teeth in stock had sold only three copies in three months. He told the managers of the bookstore that he could organize a program that would help them sell more books, and, with their collaboration, the BookJam was born.

Saraba observed that another dimension of Barrett’s work with the BookJam and book tour was bringing writers to read their works, out loud, and to talk to their readers, against a backdrop of the longstanding debate over the roles of the spoken word and the written word in culture. This was even more fascinating because Barrett’s story, “My Smelling Mouth Problem,” one of the stories in Love is Power, or Something Like That, was published in 2010 as an audio recording by The Drum literary magazine. Also, Barrett’s story, “The Phoenix,” which won the 2005 BBC World Service Short Story Competition, had been broadcast on the BBC and had been chosen by The Guardian as the radio “Pick of the Day” on the 2nd of January, 2006.

Barrett responded that he had “submitted to The Drum because the magazine was doing something new.” Barrett said that The Drum had published, in audio recordings, several writers whose stories he enjoyed, and up to the publication of “My Smelling Mouth Problem” The Drum had published no African. He said that recording “My Smelling Mouth Problem” for The Drum had been quite uncomfortable because “The voice you hear in your head is different from the one in which you speak,” and hearing himself read the story in a voice very different from the one he hears while writing and in which he hears a story when he reads silently was unsettling. He believes hearing the sound of a story in the familiar voice in one’s head is crucial to appreciating a piece of writing. Barrett said, “What is important for me is the music of the page.”

Barrett argued that “How a story is told is as important as what the story says.” He said that the spoken word is different from the written word in terms of performance, and that there are a great many writers who are horrible performers. William Faulkner, according to Barrett one of the greatest writers he has read, was not known for his public reading skills. On the other hand, “Wole Soyinka is a great performer and a very good writer, too.”

Barrett’s own writing is trenchant for its distinctive diction. His first collection, From Caves of Rotten Teeth, is marked by certain tropes, his striking turns of phrase and his choice of words. However, Barrett said that he is not wholly proud of From Caves of Rotten Teeth. He said of the stories in that collection: “They are raw stories and it makes me sad because I now know that I could have told them better. At that time, I was overzealous in my ideas of what I thought a writer should be. But with Love is Power, or Something Like That I am happy. I have found my voice.”

Love is Power, or Something Like That is a collection of nine stories. The last story in the collection is set in Kenya. Three other stories, “The Worst Thing That Happened,” “The Shape of a Full Circle,” and “Godspeed and Perpetua” are all interlinked. Barrett said that one of the most rewarding experiences for a reader, as well as for the writer, is the joy of discovery and that there are other subtle relations between the stories in Love is Power, or Something Like That which he put in for the delight of his readers. Barrett observed that the fear of the unknown is integral to our make up as humans, and that fear is related to the joy of discovery. This tension is only one aspect of the complexity of the world. “That complexity is the beauty any artist has to work with. I try to find a way to make that complexity fresh for my readers.”