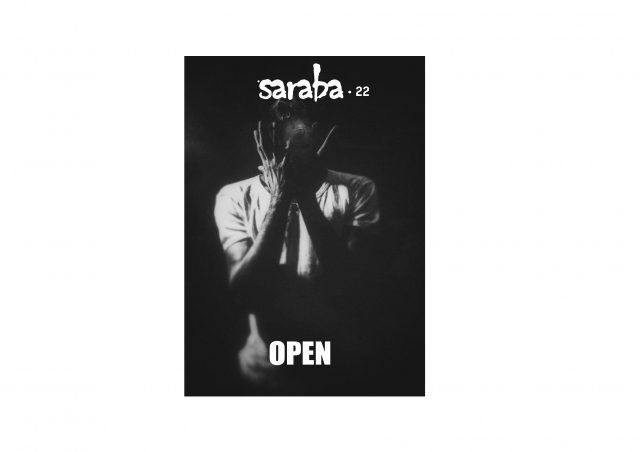 What is there to say? This issue is dedicated to the elliptical, to places liminal and in-between, to ideas explored in part. The stories and poems are not inchoate. Far from it—each deliberately expresses an irrepressible emotion. But our editorial prompt was to find out what happens when our thematic container is porous.

We began publishing “Open…” in late January with Ola Osaze’s “Losing my Father.” It is an excerpt from a longer text (an ebook we will publish later in the year, as part of the Manuscript Project), the story of a transgender immigrant man, for whom, in the final stance, “I was daddy’s little girl and nothing could erase that.” Blood ties inform other reflections. Akpa Arinze’s is thinking of his assaulted sister:

Aishat Abiri’s short story is record of a family’s unraveling. “What is there to say when one loses her husband and everything else follows? How else does one reply an Uncle who tells you that inheritances go to sons? What response do you give your sister when she looks at you, disappointment in her eyes as she asks so you weren’t monitoring the accounts?”

From nuclear family to extended community: Chinaecherem Ọbọọ admonishes on “How to Change the Name of a Place.” His sarcasm is biting, but fitting: in Nigeria many so-called minority groups are constantly berated by their larger-sized neighbors. The hegemony is distressing. And Halimo Hassen’s “Great Rift Valley” is tribute to a childhood lived in Mieso, “a speck on Ethiopia’s map.” The tributes keep coming. Cameroonian writer, Nkiacha Atemnkeng, who visited Nigeria as one of the participants in the exchange project we organized with Goethe Institut and Bakwa Magazine, has a detailed, hilarious report of his time at the Ake Art and Book Festival. There’s history there, of young writers earning prominence, and of nonfiction being taken seriously as a genre in contemporary African writing. In that sense, Basit Jamiu’s “Na for Sell” is an incisive rumination on how to see others, especially those at the margins.

Two of the stories are in the second person. Our web editor—who also brilliantly introduces the photographs of Ayo Akinyemi—wrote in a newsletter: “The first person point of view, albeit with an all seeing “I” can still offer a disguise, and its perspective can be charged with being too narrow; the third gives us another name and face through which we can navigate the terrain of the tale–we can hide, merely observe. But the second person implicates the reader. The “I” seeks to isolate, as if every reader must be left on an island in order to tread its pages. But the you—the you is universal.”

There’s more. Shubnum Khan’s micro-fiction, in which subjectivity is compressed into compact missives. And for Torimno Salau, who must uncover the meaning of life besides vitiligo, a sense of self-worth and purpose, “I am learning every day to be my own body’s positive hero and embrace exactly who I am.”

And there’s more. What is most pleasing about Saraba is our slow, consistent work. Almost ten years now, and in this near-Luddite PDF format. We continue to be mesmerized by Hamish Hamilton’s Five Dials—we design our digital issues with the hope that a design aficionado would hit the print button, to read on paper.

Until soon, we remain grateful for your support.

Shubnum Khan, Turning To Look Back

Aishat Abiri, What is there to Say?

Chinaecherem Ọbọọ, How to Change the Name of a Place

Nancy Henaku, Peace in a Time of War