I was one of those excited Nigerians who reacted to Nigeria’s exemplary outing in this year’s Caine Prize Shortlist with snide comments. I suggested that the prestigious prize be re-tagged The Caine Prize for Nigerian Writing. Having four Nigerians on a shortlist of five writers for a prize for African Writing is no small feat. It is a reflection of the growth of Nigerian Writing, in spite of our economy and politics. It warms our hearts that in spite of the hardship we face as fallen nation, our stories are still being told with good conscience and sagacity. Add to this the fact that the fifth shortlisted writer is from Sierra-Leone, probably of Yoruba ancestry, and it becomes a field day for West Africa, or should I say ECOWAS?

Beyond the refreshing quality of their prose, these stories are psychological treatises on the complexities and exigencies of modern life in Africa. They deal in real people and real plights–migration, love, violence, religion, and poverty. These are the universal themes through which we will continue to appraise our humanity.

Of the five shortlisted stories, I had previously encountered Elnathan John’s “Bayan Layi,” published by Per Contra, which chronicles the fate of street urchins perpetuating electoral violence in a Northern Nigerian slum. The story is told with such writerly grace and ease. Simple diction. Vivid descriptions. It is the usual grotesque snapshot of a fractured society which is itself a microcosm of a larger society, a failed state. Lads become instruments of electoral violence in the hands of conniving politicians. They are turned on a hapless populace for a pittance. This story is faintly reminiscent of Terry Olufemi’s Caine Prize winner from a few years ago. And, I suppose it might win the prize, but please do not quote me. I have both failed and succeeded, in equal measure, at predicting Caine Prize winners in the past. But, I am not bothered about the winner. In fact, it is the least of my concerns. I am interested in the robust conversation these stories will generate. I am interested in the peculiarities and idioms of African Writing. I want to enjoy debates about the inter-textual relationships of these stories. I want their themes to be deliberated upon. I want to become knowledgeable about the narratives that we, as Africans, have mastered.  These, I suppose, is the essence of making the shortlisted stories available to a reading public. I must thank the Caine Prize people again.

I enjoyed reading “Foreign Aid” immensely. I found it humorous in spite of the strong sense of disillusionment that the story exudes. In a short and perhaps needless preamble that introduces the story and protagonist, we meet Balogun, a young Sierra Leonean who immigrates to the United States in pursuit of an American education. The story begins twenty years later. We meet Logan, the same character, whose American-ness has infiltrated even his name, a returnee to Sierra Leone on a mission to pay his parents and sibling a visit. Armed with an American braggadocio and a Loius Vuitton waist bag full of dollars, he hopes to redeem his family from the country’s decay. Many pages later, he realizes that even if money could save them, he is not rich enough. His failure seeps into an intended tryst which is foiled, and just as he is about to leave the country, disillusioned, a surprising gesture of honesty by a youth Logan thought had stolen his luggage imbues the story with a glimmer of hope.  This story deals in desperate actions taken by desperate people—Logan’s relatives—all in a bid to survive. Perhaps, it is because of his protracted stay in America—Logan has become denatured and his relatives’ actions are alien. He observes with refreshing annoyance how his kith and kin have become accustomed to the hardship they face and worse, he is impotent to save them.

“Logan muttered as he walked out of the phone center and stared at the city, at its drab, ailing buildings with their rusted corrugated-iron roofs; its scruffy streets teeming with traders, raggedy beggars, amputees, and forlorn office types; its clogged, bacteria-filled drains; its garbage piles streaking skyward with impunity. Logan frowned.” Beyond the wry humor, there is the picturesque description of the urban metropolis of Salone, reminiscent of Ayi Kwei Armah’s masterpiece. 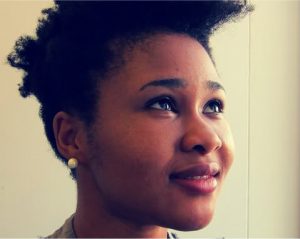 Another picturesque story is Chinelo Okparanta’s “America” which, ironically, is an ambitious tale about Nigeria and her Niger Delta. Told through the eyes of a lesbian schoolteacher en route the American Embassy for a third visa interview, “America” is a story about love between two ladies geographically separated by the pursuit of greener pastures. Somehow, this story factors the Niger Delta into its mix. However, the Niger Delta and the narrative do not cohere; rather, the Niger Delta juts out like a thematic afterthought. There is that persistent attempt to create dark images, of gloom, of oil spillage, of rot and decadence, of militias and lawlessness, but the story is strong only in terms of the forbidden love and the tough decisions it demands. There is an attempt to incorporate a fairy tale into the main narrative, something about golden eggs and growing trees, which came off as an attempt to pass off a foreign bedtime story as an indigenous folktale. Were “America” free of all these authorial propaganda, it could have been a masterpiece.

Abubakar Adam Ibrahim’s “The Whispering Trees” is a unique tale that plumbs the surreal and metaphysical depths and comes out intact. The protagonist, Salim, is blinded by the auto-crash that also took his mother’s life. He adapts to the nature of his disability over the span of the story and emerges victorious, in spite of his tribulations. He also unearths a buried secret about the accidental death of his friend in this process. Told in fluid prose that conjures metaphysical images, “The Whispering Trees” explores the themes of love, agnosticism, misfortune, disability and reconciliation.  It is a thoroughly enjoyable read.

Following the proceedings of a revival by a blind prophet and the supposed healing of a young man’s refractive error, Tope Folarin’s “Miracle” chronicles the wildfire spread of Pentecostal Christianity, even in the Diaspora, in exhilarating details. I have two stories to share about the rising spate of purported miracles in churches nowadays. A friend told me about a revival held on his street. The presiding pastor had recruited scouts to inquire about the job description of several of the residents prior to the revival. During the revival, he authoritatively declared from the podium impending sack letters which he insisted must be prevented by intercession and generous “seed-sowing.”Another story is that of an agitated preacher who declared a cripple healed on national television and the shame and psychological trauma that followed when the cripple had to return to his wheelchair. This is sadly our reality, in a country where religion is often seen as an escape from spiritual defeat, familial poverty, unemployment and, of course, eternal damnation.

Beyond the refreshing quality of their prose, these stories are psychological treatises on the complexities and exigencies of modern life in Africa. They deal in real people and real plights–migration, love, violence, religion, and poverty. These are the universal themes through which we will continue to appraise our humanity.

Damilola Ajayi is a medical doctor, poet, and co-publisher/fiction editor of Saraba Magazine.