Saraba Magazine
Home - A Tale of Age and Passion 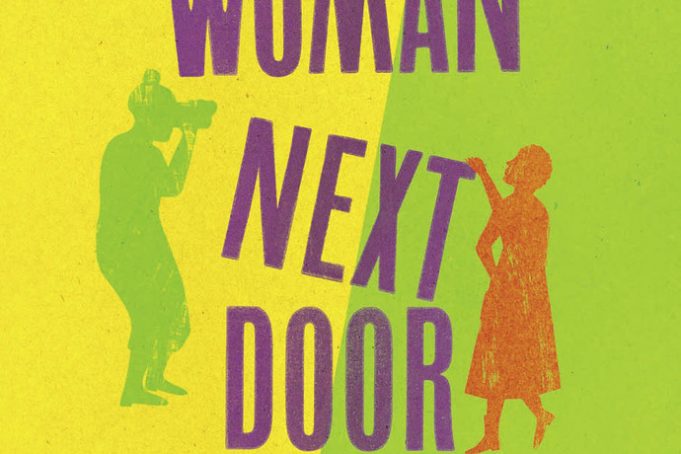 Insight too astonishing to be quite fortuitous, to paraphrase Amy Clampitt, is what a reader of Yewande Omotoso’s new novel, The Woman Next Door, encounters page after page after page. The novel is a layered narrative of two old women, neighbours, widows, individually accomplished and passionate about what they each believe. This is the story at a level of analysis, and yet the story is about the age-long tensions between history and the human imagination, between personal psychology and social realities, between compassion and the killer instinct.

It is also a story about race and racial relations. It is a story that probes ubiquitous assumptions about what black people are and what white people think. It is safe to say that race will be central to literature and life in South Africa for a long time. Perhaps only in the United States of America is race more central, more discussed and race relations more analysed. The human costs of colonialism, imperialism and indentured servitude of the form that burgeoning European capital of the seventeenth century engendered is hard to quantify or adequately qualify but literature helps in making the burden clearer if not easier to carry, for those who must bear them.

In The Woman Next Door, Omotoso examines the lives of two mature women whose lives intersect as residents of an exclusive estate in post-Apartheid South Africa. There is Hortensia James, a spirited black woman married to a white man. There is Marion Agostino, an influential white woman high up in the pecking order of Katterijn, the exclusive neighbourhood sheltering the main characters in the novel. The two women are in their eighties but both are blessed (or cursed) with clear minds and strong memories. The two women possess radically different approaches to the question of race and both are belligerent enough to pursue some form of vindication for their long-held views about the other. Fate plays a hand in their otherwise choreographed lives, however, and the two must think originally about what each must do individually and together as neighbours.

Human beings who live into their eighties have secrets and those secrets are the butter on the parsnips in The Woman Next Door. Here is when Omotoso really outdoes herself. With believable scenarios, which nevertheless manage to surprise the reader, the author executes her story at a level so much higher than she managed to realise in her first novel, Bom Boy. Anyone fortunate enough to live close to an old woman knows that the girl in old women reasserts herself as time goes by. When Omotoso describes the encounters between Hortensia and Marion, the reader is either gifted with percipient recognition of old-womanhood, which is the purest girlhood or the reader is given a clue about what old women really do and think.

The novel surprised me with what it did in spite of what appears to be its spare style. For example, when the reader is first introduced to Katterijn Avenue, the place is laid out in two main colours, white and green. Yet Katterijn becomes a place of almost sensory overload by the time the novel ends. The trick is in something intrinsic to life in Katterijn. The author informs us that “The Katterijners had simply mastered a popular pastime, making a thing appear to be what it is not.” Suffice it to say that a cursory reading of Katterijn Avenue goes some way into exploring life in South Africa today. There is always a lot more than meets the eye and always a hundred hurdles to cross before the substructures of Apartheid are conquered.

The way most narratives of Apartheid, Fascism and Nazi Germany goes, only the men were responsible for the monstrosities perpetrated under those regimes. It is the novels that show us how the ghost in the machine really works. Many otherwise decent people, whose only vice, perhaps, consists in the ownership of a pair of binoculars to spot “elements” straying into exclusive colour zones such as Katterijn, would not see themselves as enablers of an unnatural and oppressive political system. Until life deals Marion a cruel card, she did not see herself as doing anything really wrong. Good land, of which the wine lands of South Africa are a significant portion, came into the possession of their current owners through a certain method. Part of the attraction of this book for me is the exploration of those ways and means.

I could not help but remember the opening portions of Rider Haggard’s Alan Quartermain while pondering the manner of Hortensia’s way of approaching the issues of her life. The negro, Haggard confidently claimed, is every whit as human as the white man but the negro lacked a facility for combination. Combination is the secret of white genius. Hortensia is a trained designer. She naturally combines. Her nature is that of a veritable feng shui practitioner but it is all internal. Marion is a trained architect and therefore cannot be said to be without a flair for combining elements. She is quite good at it, excels at it even, but she will not willingly cross the race boundary. She combines things but not essences. She is devastated when she discovers her husband has practically left her penniless. Hortensia was devastated by her own husband’s affair which she tracked and witnessed. She never quite recovers from the discovery until she meets her husband’s love child.

There is much to be said for the power in the writing at critical junctures in the novel. To be sure, Hortensia is the more completely realised character while Marion is less so. This is not to say that Marion is not sufficiently realised, only that she is brought into relief against the backdrop of her family and workmates more than Hortensia is. In this way the balance tilts toward Hortensia more.

When, eventually, the two old women have to solve the seemingly intractable problem of their mutually held animosities, Marion is shown to possess a rational side, which saves her. One is never quite sure if Hortensia is more likeable in the end but one can share her personal triumph over the vicissitudes of her life.

I enjoyed reading this book right until the end. It is the kind of book that is so fundamentally true about human nature. I encountered my late grandmother again and again. She left the scene at well over ninety years of age and the last memorable act she performed was to tell my father the story of why the family boundaries were set at certain places. Old women do that for us. They, and young women who tell their stories with tenderness and truth.

The Woman Next Door (2016) by Yewande Omotoso is published by Chatto & Windus.

Tade Ipadeola, a Nigerian, was born in September 1970. He has three published volumes of poetry – A Time of Signs (2000), The Rain Fardel (2005) and The Sahara Testaments (2013) – to his credit. He also has other published works such as translations, short stories and essays. In 2009, he won the Delphic Laurel in poetry with his poem “Songbird” in Jeju, South Korea. His third volume of poetry, The Sahara Testaments, is his latest work which won the Nigeria NLNG Prize for Literature. The works of Tade Ipadeola explore geographies, history, prehistory, language and identities. His latest work has been described as epical, demonstrating a striking marriage of sound and sense. Tade Ipadeola is currently serving as the PEN (Nigeria Centre) President. Tade lives in Ibadan where he practices law.

This review is published in collaboration with Wawa Book Review and 2016 Writivism Restoring Connections Festival.