Saraba Magazine
Home - “Books should not be judged by their prizes” – In Conversation With... 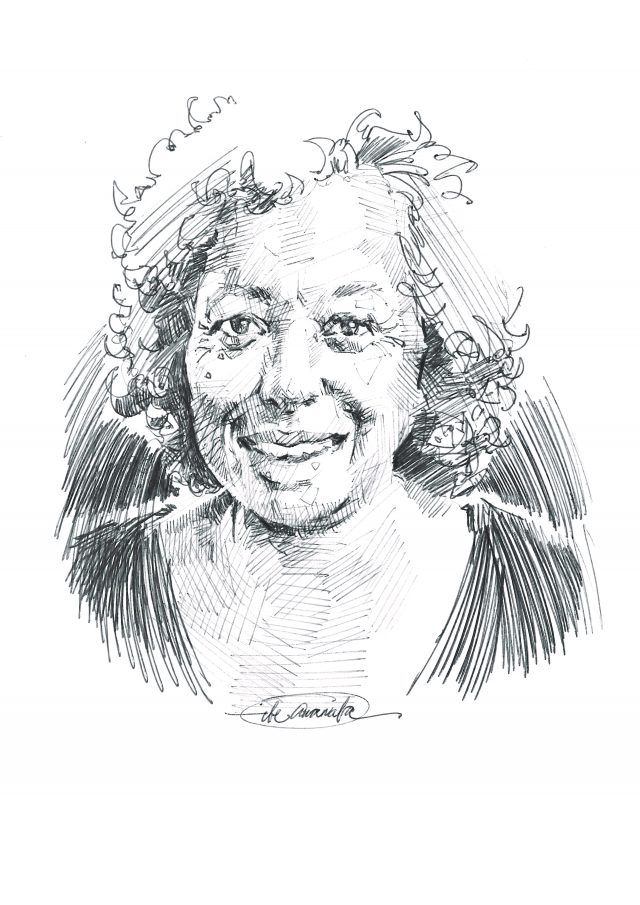 REHANNA ROSSOUW has been a journalist for three decades, beginning her career with an article published at the age of 17. She has been very active in the literary world especially in South Africa where she’s taught journalism and creative writing. She has also been a judge on major literary awards like Sunday Times Literary Awards and the EU Literary Awards. Rehanna Rossouw’s debut novel, What Will People Say?, was shortlisted for the 2015 Etisalat Literature Prize.

In this conversation, Rossouw speaks on the success of her novel, her writing process, interest in fiction, and her long career as a journalist. —Kenechi Uzor for Saraba Magazine

SARABA: Congratulations for What Will People Say? making it to the Etisalat Prize shortlist. How has reception for the book been so far?

REHANNA ROSSOUW: The reception has been way better than anything I imagined: The book received several excellent reviews; it is in its fourth print; and it made a shortlist of three of the biggest African literary prizes. My book is in libraries! Best of all is when people tell me they hardly ever read fiction, or they never read any books, but they enjoyed mine.

SARABA: Having been a journalist for over 30 years, did you ever think you would write fiction? Why did your first book of fiction come after so many years of journalism?

RR: I’ve wanted to write fiction since I was a little girl, when books took me far away and into other people’s lives. My first book came so many years after a career in writing because I first raised a family; you need lots of time to write a book. Then I went back to university to learn how to write fiction. It is a completely different form of writing from journalism.

SARABA: How well do you think you achieved your intentions for What Will People Say? from feedback and reviews, do you think your readers get it? Are there parts of the book you wish you could change?

RR: There are no parts I would change. I wanted to show how apartheid closed doors and raised walls around people’s lives, shrinking their dreams and expectations of themselves. In all of my interactions with readers, especially some keen-eyed ones I met in Lagos, they get it.

SARABA: You’ve had experience judging literary prizes; do you agree with this notion that books shouldn’t be judged by prizes? How relevant are literary prizes to literature?

RR: Books should not be judged by their prizes. There are too few prizes and too many books published each year to do justice to them all. Many books that do not win prizes achieve massive sales and rave reviews. Many books that have not won prizes have left me in awe.

SARABA: African critics have grumbled that African contemporary literature seem to be written more for a Western audience than for the Africans whom the stories are about. They cite examples of the over explanation and italicizing of African words or phrases and the westernizing of African staple foods like fufu as cassava dough. Your book toes a different path with your unapologetic use of Cape Flats English, slangs and words like “gerook,” “bleskop,” “sabela, “bemoer,” etc. Were you trying to make some kind of statement in agreement with the critics?

RR: It had nothing to do with critics. My characters speak in the voices of people who live in Hanover Park on the Cape Flats. The gangsters in my book were first to demand to talk the way they talk, to show the sabela they learned in prison, and then the rest of the characters stubbornly spoke in their voices too. My supervisor in my master’s class at Wits University urged me to watch The Wire, the Baltimore-based gang and police series. The whole world gets what them niggas in the US got to say.

There are many different Englishes: Nigerian, South African, Jamaican, Australian. We can all understand each other’s English, although sometimes we have to strain our ears a bit.

SARABA: Some of the slangs in What Will People Say? are understood from context. Still, is it likely that the regional expressions and words would restrict the book’s readership?

RR: We debated this for two years in my class at Wits. In the end we decided that we would not italicise it for a South African edition, nor would we add a glossary. I would consider a glossary for a foreign edition. For now, the meaning of all of the words can be found on Google, add “Cape Flats slang” to the search phrase.

SARABA: Writers are famous for their strange writing habits—Hemingway stood to write, Dame Edith Sitwell had to lie in an open coffin to activate her muse. Having spent many years as a writer, have you developed any of these interesting writing habits?

RR: I needed loud blaring music, from the eighties, to take me back to the time I was writing about. Michael Jackson, George Benson, Bob Marley – I had the best company. I did my best writing between 3am and 5am after hours of playing mindless computer games.

SARABA: The opening lines of your book shows that you pay extra attention to words and their arrangement—some might consider you a stylist. In your writing, in terms of content versus style, are you more driven to one or the other? Do you lean more to a work’s essence or story than to the style and techniques employed?

RR: I thought I would be far cleverer than I was when I sat down to write my book; that I would employ all of the clever techniques I learned in my honours course. I only used some of those techniques, the ones that helped my characters voices to emerge and stifled mine. The first few sentences, however, are mine. It took years of fiddling until I was satisfied with the opening sentence.

SARABA: You began your career without any formal training. How did you cope in terms of skill and output?

RR: I had the best informal training, from the age of 16, when I became a political activist. I attended many media workshops, led by people who today are legends and giants in the South African media industry.

SARABA: Lastly, and on a lighter note, what literary character would you like to have dinner with?