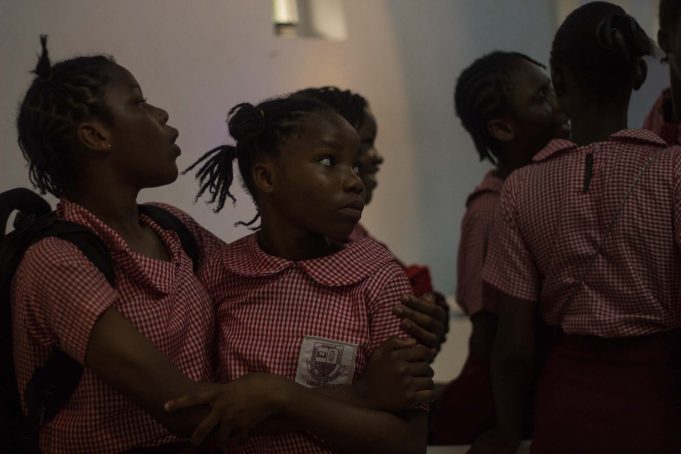 You had never paid attention to your wife’s writing. You knew it wasn’t bad but you also knew she was too brilliant for you to question why she was so celebrated. All this would change after your sixteen-year-old daughter Mimi opened the door to two journalists. Zaynab had begged you not to leave the house; probably they’d want to take pictures of the family.

“Who is to be interviewed? Me? You?” You asked, amused by her unusual request. It surprised you, her anxiety. She always appeared confident. Perhaps she was worried about your answers to the questions the journalists would ask. How can the husband of an award-winning writer not have any interest in his wife’s writing? You had no interest whatsoever in her work. Your interest never moved beyond the dedication page you knew your name was always sitting, elegantly. For Muhammad, my heartbeat…Sometimes you opened her books only to read that line.

Zaynab was thirty-three when she convinced you to let her publish her work. She had written too much, she said, and had to let the whole world see these things. You told her to make sure whatever she wrote conformed to Islam. You didn’t want to be called upon to defend her at the Masjid, that small bungalow where residents of the estate come to pray.

Some of the men at the Masjid want you to become the next Imam. It wasn’t only them you didn’t want to displease; Zaynab had warned that your marriage would never be the same if you refused her. You knew how much she loved to write. You had to let her do it; you had to forget your fears and let her do what she wanted.

Her first novel went unnoticed; it is about an unhappily married woman suffering from anorexia nervosa which eventually kills her. The critics called it “irrelevant.” You knew this because she told you while crying in dismay.

Though you wanted to laugh and tell her, “I told you so,” you had to hold back for a moment. It was unfit of a husband. Only women mocked their spouses. You consoled her whenever she cried, mostly at nights, when she won’t let your hands travel beyond her lithe shoulders.

But Zaynab was a strong person; she could not stay defeated for more than a month. Soon she announced to you that her second novel had been accepted for publication.

How did she do it? You wondered. Had she forgotten how “these people” had rejected her, her audience and reviewers?

You made up your mind not to give her a shoulder to cry on or even a listening ear. But to your dismay, everyone loved the new book. It was about a young man who defied his father to join the army. He soon discovered that his father was the leader of the Rebels his battalion is to fight against. Will he abandon his troop and join his father or will he fight on the army side and kill his father? To embrace or abandon his Oedipal fate? How much can he sacrifice for what he believes is right? Who says his father is wrong?

The book was praised as “brilliant, relevant, an immediate response to our deteriorating humanity.” She was overjoyed as she told you this. In that moment when she was bursting with joy and pride, she told you the new book had been nominated for a prize; but engulfed in the flames of apathy you only half-listened to hear it is just a literary prize. Your thoughts were not on the fame and money. You were thinking about what gave her the idea of writing about men, what did she know about soldiers and the responsibilities that comes with being a man? You had underestimated her.

Five more books and you wondered whether she paid somebody to write in her name. She couldn’t be the one doing it. You wouldn’t tell her how you felt; you’d only watch her rise and fall. Oh yes, she will fall. Everything does, eventually. Just like your clinic.

Private practice in medicine is commonplace these days but yours, opened years ago, struggled for sustenance. How could it? Your colleagues knew you for your integrity. But you were busy being upright, too blind to see your partner looting proceeds from the clinic. Perhaps if you had paid attention and been less trusting, there will be enough to maintain the clinic and homestead.

Now you hid your children from the fact that their mother’s writing provided food and the rentals, that it bought their clothes and ensured they remained in school. What could you do? You couldn’t beg her for money to save the clinic. She wouldn’t give you a penny till you begged for it. And she doesn’t ask your opinion about things. The day you told Mimi to stop putting the mighty ribbon at the middle of her hair before putting on her veil but she refused you.

“It is fashion Muhammad. Let her be,” she said.

That day, you felt your manliness was half-gone. But you hadn’t made up your mind yet on when to challenge her, since you do not know when  the clinic will be saved so you could be saved from misery of asking her for money.

Keep reading “Call Me an Infidel,” from our Transitions issue, available on Okadabooks.