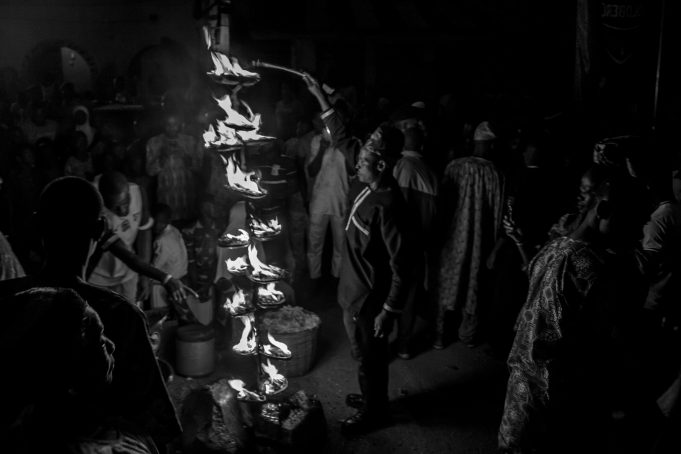 In my third year in University of Ibadan, Rancho and his band of merry brothers in 3 Idiots were the patron saints of all pretentious students, which was about ninety-five percent of the faculty of technology, and seventy percent of the rest of the school.

They were our heroes, tormenting professors in ways we had always dreamed of doing, but would never attempt because of that very broad definition of worthiness in character and learning. It is to Rancho that we owed the expression: pursue excellence, and success will follow you pants down.

This isn’t exactly a revolutionary aphorism. It is a traditional advice, one that has been passed down to various generations in different forms, and applied to everything from schooling to making a good cabinet. But somehow, that bit of advice has found reluctant listeners in the Nigerian literary community. It has become a fad for a certain generation of writers to choose to talk about the financial success that comes from writing without the accompanying excellence that creates it. Money, as in every other aspect of Nigerian life, has become the defining index for success. Make dough, and we do not care about your artistic nous, or lack of it.

In truth, financial success in writing isn’t always predicated on literary excellence. Some of the richest writers alive also write the most atrocious prose imaginable. And perhaps this, accompanied with many other mediocre thoughts, is why some of the finest commentators on Nigeria literary experience have resorted to raising Linda Ikeji as the proof that Nigerians like to read, they just don’t like the current set of writers, while pointing to her as the model for salvation. Never mind the fact that Aunty Lin- da, bless her hustle, isn’t the model for anything but ethical depravity.

It would be fun to unpack the many ways in which that repeated act of mentioning her name in literary circles is wrong, if the idea of it wasn’t so blatantly nonsensical. If anyone reads this as the signs of a snob writing, then I’ll happily be a snob. But perhaps it’s better to examine the idea of writing as a business and consider its merits. There is indeed a money-making part to the craft of words, as ghost writers, copy writers, and speech writers will gladly attest to, but no one starts a dream to become any of the above by holding the richest practitioners to heart as the exclusive source of inspiration.

With writing, and most of the artistic endeavours, the taste and ambition always has to be set at the highest pinnacle of the art. The young rap artiste sets his hero as Nas, not Drake. The young visual artist dreams of becoming Michelangelo, not Jeff Koons. The young Nigerian writer wants to become Dan Brown, not even J. K. Rowling. The young rap artiste might fail at becoming Nas, but then work hard enough, be in luck and become as financially successful as Drake, same for the visual artist and her heroes. But nobody explains that if you fail at becoming Dan Brown, and failure is certain, what you’re left with is reams of trash. Fail at Tutuola, on the other hand, and there’s a chance that you’ve created something still capable of enchanting your reader. But nobody wants to become a Tutuola; he wasn’t rich.

All of these won’t be worrisome if we, the writing community, are resigned to our dreams of mediocrity. But, no, we still believe that we write the best prose in the world and deserve the respect and accolades that a generation of writers now in the end or middle of their literary careers enjoyed. Indeed, some persons in these older generations are the ones who, in the cynicism of middle age, have taken to encouraging young writers to make sure they make money from their writing. Write what people will read, they seem to say. Write the things that will sell. Then someone trained in America publishes a fantastic story, and you realise they really have no respect for those of us who just fawn around them wanting to be like them. And can you blame them?

There’s also a possibility that the lack of fidelity to excellent language is making, not just terrible artists out of a younger generation of writers, but terrible humans in general. We seem to be absorbing all of the bad habits inherent to the craft, while possessing none of the brilliance that make people forgive the most arrogant and insolent artists. We want the acknowledgement without the work, to be famzed without the reputation, to be listened to with nothing of worth to say. We are prone to the basest of vices and lacking in any virtues worthy of redemption.

Perhaps a word about America and their literary communities: there’s a reason writers of the best prose are often resigned to teaching, speaking, or doing something else apart from writing. Very few people have found ways of making best buddies out of art and capitalism, and even they often admit it’s not by reason of following any defined model. E L James is, after all, just one of the millions of people writing fan fiction on the web. There’s a chance that this entire essay is a false alarm, that writers in Nigeria are indeed more excellent than I give them credit for. And sometimes I look at my friends and the pains they take to perfect their craft and want to believe this is true. Then one enters conversation with other people and realise how little we actually think of language itself.

It is possible to live off one’s writing, and one should truly aspire to it, but writers who aim for their gift should also remember that ours is a skill like any other, it has to be nurtured into health. Conversations about the art and craft of writing that choose to focus first on the money in it, and spend little time on the actual art of words, are like athletics summit where the tutors teach the athletes how to pose for magazine covers. They will be skilled in posing, but chances are that none of them will be skilled enough to be worth placing on a magazine cover.

There is actually a silent underground of writers, many not popular on Facebook, that melting pot of the budding Nigerian literacy that has been hailed as the place to look for good writing from the younger generation, but who continue to hone their craft to the point where it is useful for what art is meant to do. How many of them will achieve success in our culture of mediocrity remains to be seen. In their pursuit of literary excellence, perhaps they’ll come out with little or no financial success. And maybe that’s fine. While there’s really nothing romantic about the starving artist, there’s also nothing glorious in the mediocre hack.

Image Credit: Femi Amogunla, from the series “Before the ‘Busy’ Goddess Arrived.”