Saraba Magazine
Home Nonfiction “Every Story Has a Soul of Its Own” – In Conversation with... 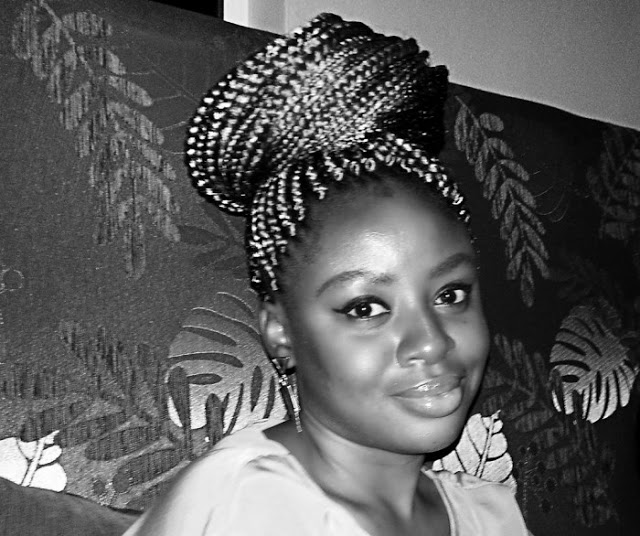 SUZANNE USHIE talks about her story which was published as a fiction supplement for our upcoming issue. She also expresses her views on publishing in Africa, sexism at work place, gender equality advocacy, and her writing life – Kemi Falodun for Saraba Magazine

Kemi Falodun: How do you get ideas for your stories?

Suzanne Ushie: My story ideas come from everywhere. “Let’s Talk About Something Else” was inspired, at first, by a humiliating personal experience that led to me spending the night at London Liverpool Street Station. I knew straightaway that I would write about it. Other things were kicking around in my head: the belittling strains of sexism and sexual harassment women too often encounter, the illogical guilt women are conditioned to feel when they say “no,” the unsettling frequency with which male sexual entitlement does not recognize itself. I like to think that when the story did come, everything fell together in an organic way.

KF: What I find fascinating about the story is the telling of it in real time and through the perspective of Bendeutsu, a writer in the story. Are you particularly conscious of style? How much do you pay attention to it?

SU: I am more conscious of style as a reader than I am as a writer. I admire incredible prose stylists, particularly when they can also lay down complexity with a deceptively simple, sophisticated touch. I did not even know that I was writing a story-within-a-story until I wrote the sentence before the reveal. Still, I am very much aware that every story has a soul of its own, a soul with a need to be fed differently. Sometimes, that difference might be style.

KF: About every story having a soul, do you sometimes think about where your creations are coming from during your creative process? Do things usually declare themselves so obviously that you just know they have to be included in your story?

SU: To mull over the source of my inspiration is to romanticise my art, one thing I am wary of doing. I do not, in truth, know my creative process, which is a small relief. I am a lifelong daydreamer; if I knew exactly how my stories took shape inside me, I would veer off into rapturous terrain instead of bending to the work, as Junot Diaz so wonderfully describes it. Certain parts of a story are clear from the beginning; others, not so much. When I started writing “Let’s Talk About Something Else,” the ending was the only part I could see, a rarity of sorts for me. Also, I love makeup, so Uzilibe and Bendeutsu, of course, had to end up in Selfridges.

KF: In the story there’s the leitmotif of sexism in the work place. With the rise in advocacy for gender equality in recent years, how much difference do you think that has made?

SU: Not much, I’m afraid. Sexism is so deeply ingrained that many people do not even know it has a name. Usually, there is a willful ignorance on show whenever gender equality is being discussed. That is where those who insist on saying, “Ah, men and women can never be equal because a man is the head and a woman is the tail” come in. Some people do not want to question notions they have thought to be true their whole lives, notions steeped for the most part in culture and religion. And by people, I mean men and women alike. This reluctance often comes from a place of fear. Perhaps we should interrogate our vanities to discover why gender equality terrifies us. For some men, it may be the balance of power. For some women, it may be the loss of men as providers.

KF: Uzilibe walks away from her job because she was harassed, despite not having other plans. Is the solution always in leaving? Does that not put women in a position where they have to bear the pressure of men’s excesses? Are there some encounters they need to run from instead of fighting, or, perhaps, is leaving a way of fighting?

SU: Although I did not imagine Uzilibe as a modern day Captain Bluntschli, I am now quite amused by the whole thing. Poor girl. She flees from Lagos to London and look what happens. Anyway, there is hardly ever a single solution. We tend to be sure about what we would do in a difficult situation until it actually happens to us. A person who dislikes confrontation is likely to run from trouble. Nevertheless, it begs the question: how much further can you really run? But if your life is in danger, leaving is a clever way to fight, to possibly save yourself.

KF: The title is derived from a dialogue between Uzilibe and Bendeutsu. And I think it shows how most victims of sexual harassment are shamed and treated with derision. As a society, do you have suggestions on how we can do better to protect victims?

SU: The word “society” can be misleading. It comes across as some perplexing, intangible thing when it actually refers to people—me, you, all of us. It is sad that we have failed survivors of rape and sexual harassment at every level—the family, the police, the judiciary. We need to stop blaming and shaming survivors. We need to give survivors meaningful support: by establishing fully functional crisis centres, by overhauling our legal system, by just showing empathy. I think the Mirabel Centre is doing terrific work in this sphere. We ought to acknowledge that there is absolutely no excuse for rape, for sexual harassment. I wish pseudo-experts would stop giving women tips on avoiding rape and sexual harassment—how absurd!—and instead start telling men not to rape and sexually harass women. We will not unlearn all this with ease, no doubt. But if we begin to teach boys that girls do not owe them anything, we might just have fewer sexually entitled men someday.

I am deeply fascinated by the ways women undermine other women. I find it unsettling that women are complicit in rape culture. I have met women who justify rape and sexual harassment with the emptiest eloquence. Perhaps it is a coping mechanism. Or in hopes of being regarded as “humble.” Or a ploy to earn a badge of approval. If I could instantly spot those on a self-seeking mission, I would pat them on the back and say, “Now let it go, love.”

KF: Bendeutsu expresses her frustration about publishing houses not being interested in novel-in-stories. This seems to mirror the publishing business in Africa, the reluctance to publish the work of some writers. It appears that in a bid to write stories that appeal to the West, we keep recycling the same themes. Does that not limit us as Africans? Aren’t we supposed to tell our stories?

SU: I wish I could raise a wand and end this particular Africa-West debate. It has gone on for so long that it has become gaseous. I refuse to dwell on it and give it more legitimacy. A writer should focus on telling the story they want to tell in the best possible way. Do not worry about what will happen afterwards. Just write. Just be true to who you are and what you are doing. By the way, I do not know that publishers are uninterested in novels-in-stories. I made it up.

KF: How old were you when you started writing?

SU: About 5 or 6. I was that child who already knew she was a writer and would not shut up about it.

KF: So when should we be expecting your debut?

SU: I was just going to ask about yours. I have enjoyed this interview and I look forward to reading your work.

KF: Ah, wonderful. So who are the writers that have most influenced your writing?

SU: I do not know, really. What I do know is that at every stage of my writing, all kinds of books and writers have shown me what is possible. Janet and John is the first book I remember reading. Enid Blyton removed me from real life throughout my childhood. Chike and the River drew me to Achebe’s better known books. I have always wondered what became of Nyengi Koin. I adored her novels The Second Chance and Time Changes Yesterday as a teenager. I discovered Derek Walcott as an undergraduate and I have never since strayed. I return again and again to my favourite story collections: Nights in a Foreign Country by Jean McNeil, In the Country by Mia Alvar, This is How You Lose Her by Junot Diaz, Olive Kitteridge by Elizabeth Strout, and Unaccustomed Earth by Jhumpa Lahiri—my most beloved collection. It is something of a marvel, how every single story in these books still seizes a space in my head and my heart. I admire Roxane Gay and Rebecca Solnit’s essays. Lately, I have been reading Yaa Gyasi, Lucia Berlin, James Baldwin, Albert Camus, Elena Ferrante, and my dear friend Sharlene Teo’s superb manuscript. I hope to forever stumble upon writers who can teach me.

Suzanne Ushie grew up in Calabar, Nigeria. She has an MA in Creative Writing from the University of East Anglia, where she received the African Bursary for Creative Writing and made a Distinction. Her short stories have appeared in Fiction Fix, Conte Online, The Writing Disorder, Gambit: Newer African Writing and elsewhere. She is a 2016 Writer-in-Residence at Ledig House.