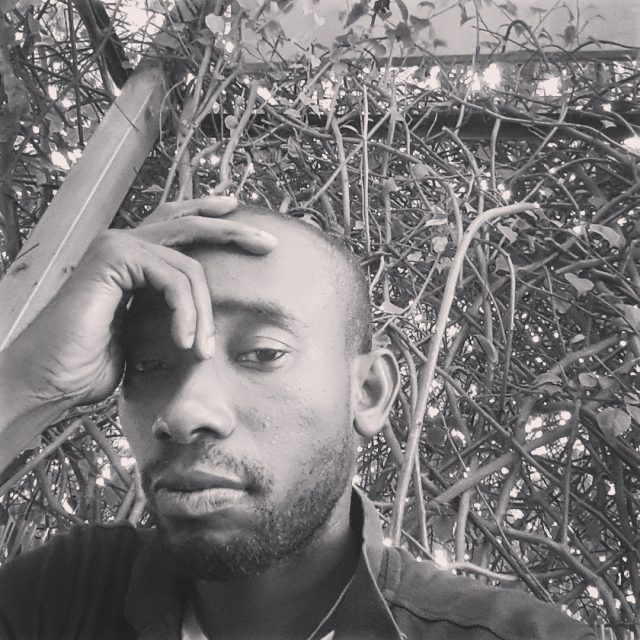 I picked my way along the cigarette butt strewn streets of Birmingham like an old bull elephant among the charred white remains of its fallen mates, its body and mind long whittled away by the mean of the passing seasons. The night was cold and the wind tore insistently at my clothes as I crunched through the melting snow, unburdened of purpose, searching for the perfect spot in which to set myself down beneath the faux warmth of this alien sun.

It seemed not too long ago that I had been locked up in a cage, a grey sterile thing on the far side of the world that had for three years past become the embodiment of my angst, the pock-riddled body of my mental anguish. Through the hum of the central air-conditioning and the soft whirr of dust-clogged PC fans, the scratching of corporate drudge filtered towards me from the other cubicles scattered about the vast yawn of our office space. I swivelled distractedly in the black mesh chair I’d picked up earlier in the day when I had gone walking down the long fluorescent lit hallway, with its terrazzo floors, walls the sinister shade of crashing dreams.

At the supply room, a large windowless space nestled within the bowels of the building, I’d met Bulus, our gap-toothed maintenance man who spoke with a strong Igbo accent and seemed to carry about him, always, a lingering smell of roasted nuts. He’d been mid-breakfast, a meal of beans and a peppered stew that was laid out, half eaten, on the table before him, thumbing his nose at our propriety. Rubbing furiously at what I imagined to be oil stains on his shirt, he’d escaped through a door partly hidden behind a large stack of dog-eared files to an inner room, pulling from the darkness beyond the black mesh chair, still draped in the tatters of its transparent wrapping.

“This one na from the new batch” he’d said. “Dem bring them yesterday, strong kakaraka, with lumbar support.”

He pronounced his lumbar as loom-bah, revelling in the vowels, garnishing the last syllable with a conspiratorial wink that almost slipped by unnoticed as I scrawled my signature across the sheaf of papers he’d thrust towards me with grubby oil-tipped fingers. I wondered about that as I rolled the chair silently out of his office towards my desk. Delight at his grasp of a word as complex as lumbar? Or some meaning wrongly ascribed, a secret to have been shared in the instance?

Back at my desk, I sat staring at my reflection in the blank monitor before me, the clacking of keys coming from the other cubicles soundtrack to my pause. I was too scared to look away, knowing I would almost certainly be able to make out the stale resignation of middle class existence slowly rising around me to gather near the ceiling, thin milky tendrils of a content mediocrity I feared would reach down from their idle hang and seizing me by the throat, choke me in ways that would have made the tie around my neck unfurl in envy.

In Bulus’ world, people such as I had come to roost, nesting in the snug embrace of an easy fortune. A small Oga earning many times his own scant wages, coming to work decked out in the smart clothes and shiny watches, driving the big flashy car, things he could only reference in prayer, wistfully and in the musky darkness of the one bed accommodation he shared with a wife, three children, and a TV you had to smack on the side to get the sound to come through.  To be young and free. To be important enough to request and have delivered within the hour an expensive new chair. One that came with loom-bah support.

I ought to be content. Be grateful for the things that I had. And yet, it had for a while now become increasingly difficult to be grateful for these things that I had, for the two hour drive in a leased flashiness, making my way through gridlocked traffic in searing heat to a job that had become mind-numbingly dull and a boss who had become the industry cliché of mean and self-serving: puffy cheeks that choked his eyes into a permanent crimson; a ridiculous guffaw that rolled around the room as he chatted on the phone. A dark, too-long-in-the-industry, corporate whore of a man of whom I’d spent many hours fantasizing about force feeding the stack of papers in his in-tray.

The highpoints of my days had become the hour-long lunches I took, the first five minutes of which I would spend in the staff restrooms, picking at the scabs of my grief, watching them bleed as I bounced screams off the antiseptic smelling walls.

For beneath the veneer of my content was a trapped animal that longed to be free, nursing a yearning for the dark of the woods, the rich earthy smells of a fresh wild, and howling; deep mournful howls at the moon as it railed against its restriction. Trudging through odious chores, I’d sat day after day dreaming dreams of another life, one away from here and full of adventure-of time spent with strangers on distant shores exploring a world of art, literature, and history. Of evenings filled with numbing brews and scenic views of wild and glorious sunsets.

No. What Bulus in his effusing admiration could never know, what few people did, was the inheritance buried within the genetic strands of my being, that nestled at the core of my malcontent. A curse I hadn’t–in my three decades–learnt to bear with any sort of ease, laying claim already to a sibling before me, one which in my advancing age I could feel starting to take a hold of me.

That night in bed as I lay surrounded by the trappings that had become the fur-lined chains of my self-enslavement, it came to me as though in a dream: visions of me as a sojourner, a traveller of lands, one day standing on the lip of the Grand Canyon, and the next, reclining on a gondola weaving its way along the urban canals of Venice; tossing coins into the hats of street musicians as I wander the side streets of Paris; out of breath swatting at the insects as I plod through the swamp paddies of Vietnam. That night, in the warm longing where I woke, I made a choice between, at dawn, pointing my car at the railings of the Third Mainland Bridge, or walking away and leaving this life, all of it behind.

Eboka Chukwudi Peter is from Delta State, Nigeria. He attended the Farafina Creative Writing Workshop in 2008 with Chimamanda Adichie and the Writivism Nonfiction Workshop in 2016, held in Accra. He lives in Lagos, where he is currently working on a collection of short stories and a memoir.

This is first in a series of essays Saraba is publishing in collaboration with Writivism. Photograph courtesy Eboka Chukwudi Peter.