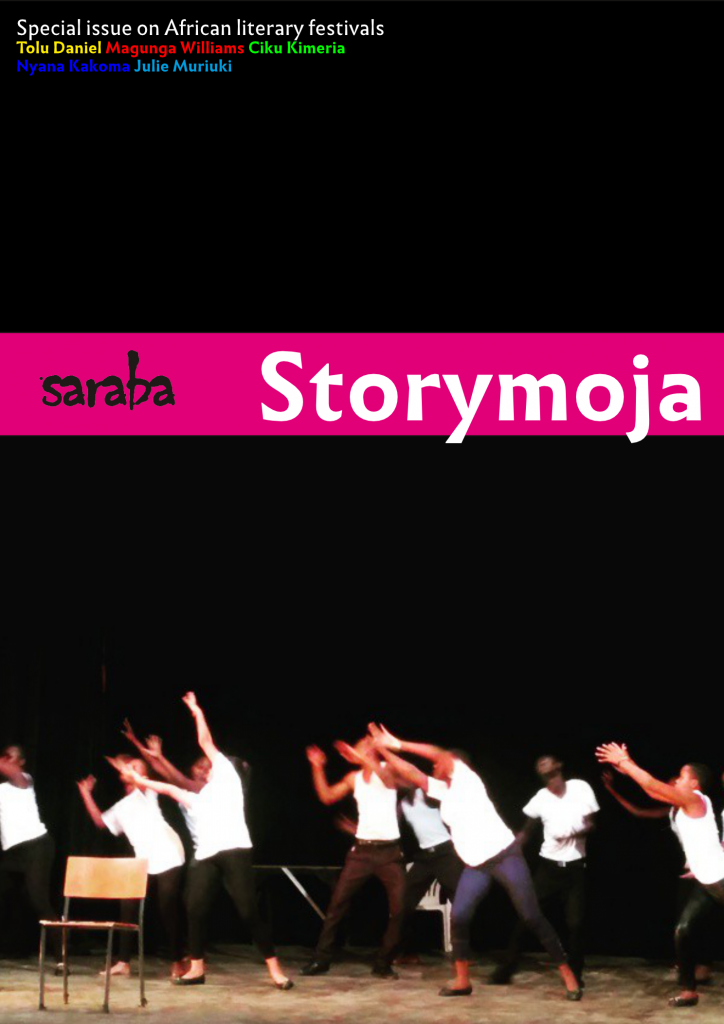 We’re excited to announce three new publications, to wrap up the year.

A special issue in collaboration with Storymoja Festival. The issue includes essays on literary festivals by Tolu Daniel, Ciku Kimeria, Nyana Kakoma, and Julie Muriuki, reminiscent and reflective. As you might know, Storymoja is Kenya and East Africa’s definitive literary festival. To give you an idea, read Teju Cole’s essay, tribute to Kofi Awoonor, whose last public appearance was at Storymoja (another tribute by Emmanuel Iduma was published in Bakwa Magazine). The issue will be released on August 31. Saraba’s partnership with Storymoja Festival will culminate in a panel on literary publications, with participants including Saraba’s co-publishers and members of the Jalada pan-African writers’ collective.

Attempted Speech and Other Fatherhood Poems: On September 30, we’ll release the next poetry chapbook, with poems by Kola Tubosun. In the preface, the author writes: “The poems themselves are not as much a dedication to this process however as they are personal reflections on that and other related histories, apprehensions, tangents, private moments, and expectations of yet unfolding futures.” We published Kola Tubosun’s essays in earlier issues of the magazine, the Story Issue, and Technology Issue. It’s exciting to continue working with writers we admire.

The Crime Issue: Finally, on October 31, we’ll publish our eighteenth issue. The Crime issue will include fiction, nonfiction and poetry that explore the theme of crime to the farthest. In anticipation, you can read “Authority Stealing in Kenya,” by Billy Kahora on crime writing in Kenya.

As usual, these publications will be delivered free of charge as PDFs.