Saraba Magazine
Home - “I enjoy writing about women because I like exposing their many shades”... 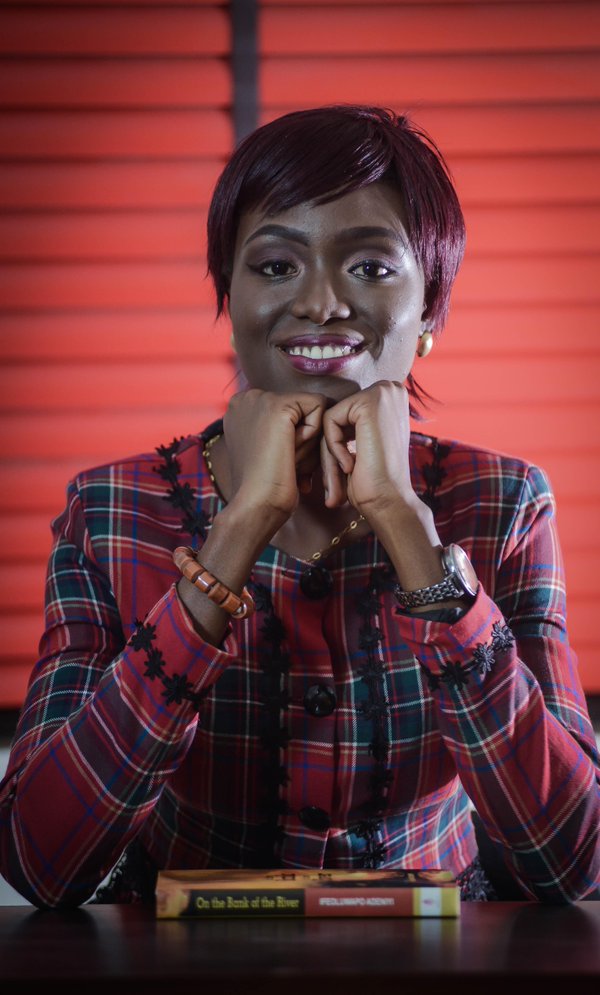 IFEOLUWAPO ADENIYI is a popular radio personality in Ibadan, Nigeria. Alongside being a radio voice, she is also a writer. She recently published her novel, On the Bank of the River, which was longlisted for the 2015 Etisalat Prize For Literature.

Ifeoluwapo Adeniyi portrays minority perspectives that have long been silenced. She speaks for the liberation of the African woman. She enjoys having women as her central characters because she believes it is one way of exposing their many shades. She weaves a connection between the past, the present and the future and how it affects her characters’ choices. Obade River is a connection point to the characters of her novel, On the Bank of the River —Emily Achieng for Saraba Magazine

SARABA: On the Bank of the River connects the past and the present. What gave you the urge to connect the dots? How was the whole experience?

IFEOLUWAPO ADENIYI: Writing the novel was fun for me because I had to be mindful of how the episodic plot works. It was like building a house. I laid the foundation and then decided to be unconventional in the organisation of its structure. Of course, that meant that some parts had to go and new things were infused. My choice of that writing style is also because I tried to show what great fusion there is between the past, present and the future. In life, many things do not just happen; things are often the effects of what had been initiated in the past. If you take the plot to be the lives of three women bound by blood, you’d see the interplay of the past and the present. I find it very exciting when people tell me they skipped some pages because they wanted to know the resolution of an event in the novel. That is what real life does not afford you the chance to fast-forward, but which I believe that my novel attempted to do successfully.

SARABA: Enitan’s unanswered questions influenced most of her actions. How important were the choices she made to you?

IA: The issue of Enitan’s paternity was a story she never really understood. Having a mother who is bitter with the past does not also help a young girl in search of answers. Enitan is a victim of a past she has no control over, yet she almost becomes a victim of a present that is being conditioned by that past. One of the most significant choices she makes—to leave her mother—eventually yields her with opportunities to seek the answers she wants, but not without a price. Sometimes we embark on a quest into a past and realise when we have gone far enough, that the innocence of ignorance could be bliss. Yet, the stain of knowledge could also be empowering. I think that Enitan’s quest provides her with some form of empowerment in charting the course of her future.

SARABA: What was it like to write about women and their struggles as your central Characters?

IA: I enjoy writing about women because I like exposing their many shades. My three central characters are related, yet they are so different as the East is from the West. I also believe that the African society preconditions the woman to perform some roles and adopt a kind of acceptable living, even against her own desires. It is somewhat funny that women also precondition themselves to be what society expects of that gender. With a character like Jibike, that barrier breaks but there are many like Enitan who would have to go the extra mile to liberate themselves.

SARABA: On the Bank of the River reveals the many external forces that make human relationship diminish. Do you feel there are ways to make the ties stronger in real life?

IA: Human relationships are in themselves very complex. We only deny the obvious when we make allusion to a perfect ever after like the happily-ever- after fables. Life as it is, populated by humans, is a melange of pain and happiness. The fact is that human relationships need no external force to have friction. Those who admit that humans are prone to error and are affected by life’s many uncertainties ironically are often those with stronger character to survive.

SARABA: What do you embrace so much about On the Bank of the River?

IA: I love the intervention of the river and the fact that in my novel the river allegory, in a story that seems to be about women, is male. Many rivers are identified with feminine attributes. My male river however rejuvenates a land and gives succour to a young confused girl. Obade River is also a connecting point for many of my characters and the only constant yet most complex character in my novel.

SARABA: How was the feeling like when your book was longlisted for the Etisalat Prize for Literature?

IA: I was happy because it came unexpectedly. Even though I’m not a fan of Twitter, it was the first place I got the news. I read about the Etisalat Prize for Literature and about past winners. It was good publicity for my book, I must admit, because I got calls from all over, even from an agent abroad. The prize got me thinking too that the present-day book industry is best driven by awards and prizes. All of a sudden, people started taking the book seriously and it became highly sought after.

SARABA: Where do you see the future of African women in literature? Do you have any plans you’d like to share?

IA: The interesting thing is that many women writers have come on stage now. Many more are joining the pantheon. I grew up reading Chinua Achebe, Wole Soyinka, Amos Tutuola, Isidore Okpewho, Eddie Iroh and Elechi Amadi. Today I read new names: Chimamanda Adichie, Jumoke Verissimo, Tade Ipadeola, Teju Cole, Lola Shoneyin, Chika Unigwe, Taiye Selasi, and many of them are women. It’s a beautiful thing happening and many of the writers are young too! It is a sign of a continent where many more women are doing.