Saraba Magazine
Home - “I feel as a writer you must write every day” – Interview... 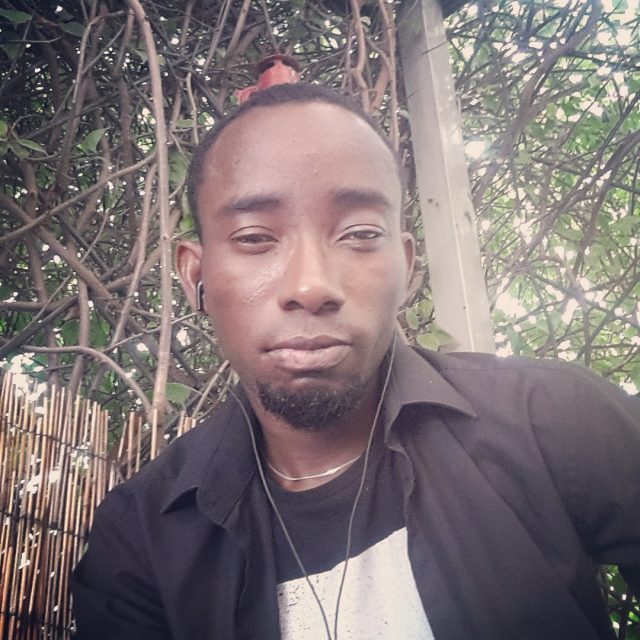 ECP: It’s actually a collection of short stories, stories forged from thoughts and events that have at one point or the other in my life caused me great distress, that I’ve really needed to tell. It’s a curation of stories formed from experiences and observations from an angst absolute, about the world and the nature of it.

KF: How do you feel about winning? Surprised?

ECP: I did not expect to win. I was going to slip into the longlist, get some validation and armed with that, with the knowledge that my path was true, I was going to head back into the darkness to continue working. I feel like a greyhound that caught the mechanical rabbit and finds itself now in a conundrum about what to actually do with it.

KF: Why do you write?

ECP: I would like to say some nice heartwarming, cliché thing like I write because I must, because I feel that I might die if I didn’t. And yes I am saying that. I became fascinated with language from the very moment I picked up the first volume of the Lord of the Rings series, from the time I was old enough to read my first unabridged version of Shakespeare. I started writing though because I grew up socially awkward. I felt trapped in my head, and in the written word I found a voice. If I wasn’t going to drown in these thoughts, in things left unsaid- then I was going to have to put them down.

KF: How often do you write?

ECP: I try to write every day and for the last one and a half years, I’ve been doing that. For a while, I was that writer who waited for a parting in the clouds, inspiration filtering down and drawing me into feverish bouts of great industry. But those moments are rare. I feel as  a writer you must write every day, sit down, get a coffee, put down words, any words, strike them together and jumpstart your inspiration.

KF: What does getting published mean to you?

ECP: It’s terrifying. Your babies, flawed as you still think they are, are now out of your hands to be scrutinized and torn apart, so to speak, to be judged, as much as that rails against the parental pride one has for one’s offspring. I had almost always written for myself; aside from a few competitions, I’d never sent work out to magazines but I guess at some point you have to let go. So yes pretty terrifying.

KF: What do you think can be done to improve reading culture in Nigeria?

ECP: Kill the internet. Really though, I don’t know if it’s about improving the reading culture. The culture is alive and well, people are just reading different things. I will on occasion put down my Nabokov and squander hours sifting through the comment section of BellaNaija or The Naked Convos. It’s an intriguing thing, is it not? Humans all alike yet expressed differently, shaped by individual experience, layered over and over through the years until though there’s little to differentiate in terms of basic features one from the other, they yet appear now so stark in their differences they might as well be extraterrestrial beings from far flung stars and galaxies. I join people like Pa Ikhide in celebrating the diversity of beautiful eccentricities one can find on social media and the blogs, but sometimes you just want the structured thoughts and brilliant sentences that can only really be expressed in a full-length work.  So if you’re asking me how to improve the traditional book reading culture then I’ll say take the iPad away from your five year old and give her a book. I fell in love with books at an early age, and I never since departed.

KF: As a reader, are your interests predominantly subject-based, author-based, or you are simply on the lookout for good books?

ECP: Definitely not subject based. In fact, I stay away from books from which I can perceive a pre-set agenda. Agendas are good, tackling social issues are worthy but I’ll come to them on my own terms. I may gravitate towards a few authors because of a precedent set, because I might have enjoyed a previous work, but I try out as many new authors as I can find and can usually tell after reading the first chapter if I’ll continue a book. The wreckage smolders dark and oppressive of books abandoned in my life. Some of my best novels have had the simplest plots. Ian McEwan writes stories about lies escaped, gone out of hand, about jealousy unrestrained. One of my best books J.M Coetzees’ Youth is a memoir of sorts, of a writer disillusioned, navigating his way in a new city. In this era of digital media where everyone is socially and politically conscious, and everything is a movement, every written word trying to sell you something, I just want a story, beautifully told. Does that make me unsophisticated? My reading choices pedestrian? I don’t know. I just like what I like.

KF: What should your readers be expecting to find in your book?

ECP: A lot of visceral excavations. Ha! That’s Rotimi Babatunde describing my manuscript. Reminds me of the guy who went to an art gallery during his lunch break and placing his McDonalds lunch on an empty pedestal returned to find it sold. An artist rarely knows what he does, just that he does it. People will take from it what they will, based on their own unique perceptions, their own experiences. I think Mosaic is dark. There’s very little hope, very few happy endings- like life. There’s some complexity of language and of thought but nothing snotty or pretentious. I think there’s some really good writing in it at the risk of being in poor taste. You just have to come with your perception of what good writing is slightly pliant.

KF:  You have lived in Nigeria and Europe, do you consider Nigeria a good place to thrive as a writer?

ECP: In that way that falling into shark infested pools improves the vigour of your stroke. To be honest I don’t think I would have this manuscript if I was still in the UK. This manuscript was born three months after my return when I wasn’t getting the kind of opportunities I wanted and dismayed at the idea of returning to a life of drudge. Underpaid and overworked I chose instead one of drudge— underpaid but doing what I loved. A friend and I set up a company which we are still nurturing through its adolescence and this freed up more time for me to write and I basically took the year off to focus on my art. So if by thrive you mean be faced with such an unbearable hardship that forces you to innovate, be creative then yes…Nigeria would be an excellent place for that.

KF: What role do you think winning literary prizes play in a writer’s career?

ECP: Too much sadly. I wish there was a better way. It’s almost like an anticlimax really. The latest book wins the Booker, the latest story wins the Caine and all of a sudden she’s a genius. Really? Only now? I can just imagine Marlon James and how he feels with the new attention, with the congratulations and adulation all around. How easy it would be to imagine him looking at the scabs on his wrists and the pads of his palms, his carpal tunnel syndrome maybe, the damage to his lungs and liver if he’s a drinking man, to patches of hair torn out from the anguish. How easy would it be, I imagine, for him to consider a pesky reporter asking for an interview to celebrate his award winning book and say, “Welcome. And Fuck you. You may just be hearing about it now but I was a genius 20 years ago.”

KF: Who are the other contemporary writers that have contributed to your development?

ECP: I’m cautious of the word “contributed”. As much as I’m a child of the village and raised by all, I like to hope that by my own devices I’ve come into my craft. Yes. The legendary writers’ conceit. I do not know however that I’ve read enough of a single author to hold a single one up and declare her an indisputable influence. My reading habits tend to be dispersed. I Read Coetzee for the absolute brilliance of the spare sentences with which he manages to achieve such mind numbing depth. I like Nabokov for his almost contrasting style, for his complexity, his intellectualism, the almost elitist exclusivity of his art. I like Khaled Hossieni for striking a delicate balance between the two. I adore Margaret Atwood for the genre bending nature of her craft and for her gorgeous sentences, and I’m in gob smacked awe of Annie Proulx for her crazy, crazy metaphors. Should we come home? I very much enjoyed Lola Shoneyin’s book and I’m looking forward to reading more from her. I know you said contemporary but it would be dishonest of me not to mention Shakespeare, as cliché as that may sound. And Tolkien. With those two, I fell in love with the language.

KF: Are you working on any literary projects at the moment?

ECP: Yes. Mosaic. The work never stops, does it? There’s a manuscript though, somewhere from which I took a break to put together Mosaic. We’ll see how that goes.

Eboka Chukwudi Peter is from Delta State, Nigeria. He grew up in Benin City, Edo state and has a Bsc in Business Administration from the University of Benin as well as a Masters Degree in Investment Analysis from Aston Business School, United Kingdom.
In 2008 He attended the Farafina Creative Writing Workshop with Chimamanda Adichie and in 2016 he attended the Writivism Nonfiction Workshop that was held at Accra Ghana. He has had works published in Saraba Magazine and Blanck Digital.
He lives in Lagos, where he Co-owns a technology Start-up and is currently at work on a collection of short stories and a memoir.