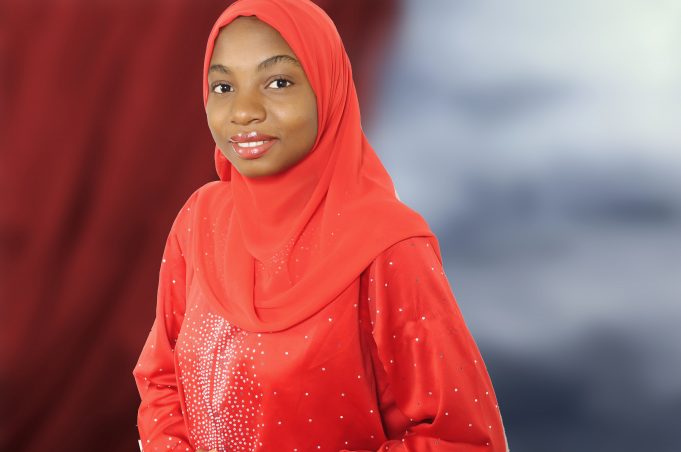 Hajara Hussaini Ashara’s collection of short stories, 1994 was among the shortlisted works for The Saraba Manuscript Prize. The judges remarked that the stories in her manuscript “ranged from striking metacritical explorations of the writing life to narratives that incarnate, in the concrete world, the multiple selves inhabiting the turmoil of bipolar consciousness.”

In this conversation with Saraba Magazine’s Associate Web Editor, Kemi Falodun,  Hajara Hussaini speaks of her growth as a writer, her influences and love for writing that challenges and confronts.

Kemi Falodun: Did you expect your manuscript to be shortlisted for the Saraba Manuscript Prize?

Hajara Hussaini Ashara: Not at all, I had even forgotten that I sent in an entry. Starting from the longlist to the shortlist has been so overwhelming but pleasant. And I’m glad I didn’t anticipate it because the feeling of joy and fulfilment made me believe more in myself and in my ability to write.

KF: You once mentioned that you consider your writing more of a hobby, do you still feel that way, or have you begun to regard yourself as a writer?

HHA: I’m coming to terms with who I am generally, and this is leading me to embrace the writer in me. Writing started as a hobby for me in my childhood, but right now it gives me another identity, one I’m comfortable with. So yes, I do see myself as a writer now.

KF: What sort of stories do you feel strongly about?

HHA: I love stories that tell secrets, unusual stories or normal stories but with a twist. I just love to wonder, What if it happened the other way? I feel strongly about stories that embrace non-conformity with conventions— stories about sexuality, about disobedience and all the things that could go wrong or right if things were done the other way. I love telling stories about the little things we ignore and how they go on to affect the bigger things in life.

KF: The Prize judges commented that your stories “boldly highlight the power relations inherent in the patriarchal contexts that hold her characters hostage.” How do you handle situations in which your characters seem to be getting out of control?

HHA: This depends largely on the context in which getting out of control is used and understood. My characters are humans constantly trying to make sense of the cosmic interplay between fate and their humanity. It doesn’t always make sense to some, while to others they grow to own fate itself, but this in itself isn’t enough, so fate betrays them most of the time. And it so happens that my main characters are usually females caught in webs they want to get out of, maybe this is when they get out of control, maybe this is when they come face to face with “the power relations” that exist in the situations they find themselves. For me, I just have to find a way out for them, to make their stories count, so I do not try to control them I just let them be. It is a joyful thing to do because I see my female characters as me but in different worlds; if I get to control myself in real life, what fun would there be to still control myself in this fantastic world where anything is possible?

KF: What brought about the stories?

HHA: I just keep thinking if I was to be someone else, who would that be? If my life were to be different, how different would it be? This is what brings the story, and, of course, the twists are always a delight. I want to tell real but abnormal stories, normal but unusual stories. In Satin Lover, I wondered what it would be like to have an African woman suffering from multiple personality disorder, and how this would affect the relationships in her life. I’m fascinated by the power of relationships of whatever kind; I love the inter-connectedness of lives especially in unpredictable situations— this brings the story too. In 1994 and Death’s Model, I just kept thinking of how happenings bury themselves in our minds and then constantly remind us of them in unrecognizable but familiar ways that either make things better or worse. So I can say the human psyche brings the stories as well.

And in telling the stories, it becomes immanent to tell it in its realest form and this is probably what the judges’ comment above refers to.

KF: You have been writing since childhood, can you name some of your early influences?

HHA: The brilliant Jean Sasson, the poetic Amin Maalouf, the amazing Chinua Achebe, my wonderful father, myself and my response to whatever was happening during that period.

HHA: It is quite erratic, if I can call it that. I write whenever the inspiration overwhelms me; sometimes it could be every day and other times it could take several months so that I start believing that I’ve lost the ability to create and tell stories.

KF: What sort of books do you read?

HHA: I’m quite picky, unconsciously. I usually need a great deal of discipline to stick to one book to its end. Most times, I start and stop. I have so many unfinished books to read. But I love books, all kinds of books so far it adds knowledge, tells me something I do not already know. And my mood affects the sort of books I read. When I’m happy I could pick up any story and finish it in no time. Or I could be so sad that I’d just want to drown myself in any book.

I don’t really like popular fiction but I find that I finish them faster than literary fiction. Maybe because they usually lack depth. But depth is always what I seek in a book— its ability to penetrate my thoughts and plant something, a question, an answer or anything at all in my mind.

I prefer print books, I have this passion for any book I can physically see and touch. So I can actually read a book just because it’s a print copy.

KF:  How much does your Law study influence your writing?

HHA: A lot. It subtly guides me to tell stories sometimes, and at others I try to forget I’m studying Law and just tell the stories in the best ways possible. It gives me knowledge however, and a whole new perspective to the different ways I see things. My understanding of certain happenings broaden with my understanding of Law, and it’s a new perspective I just can’t ignore no matter the plot of my story. But most of my stories aren’t related to Law so I can just say my discontent with Law or my having to study it has driven me to want to write more and more stories.

KF: What is your opinion on the appreciation or depreciation of the Arts in Nigerian Universities?

HHA: This is quite broad, I hope I get it right. It is not a typical Nigerian situation to find persons who decide to study the Arts in a University; this is largely because of the stereotype fixed to this course of study. But the amazing thing is that when you meet students who have decided, against all odds, to study the Arts, you are instantly electrified by their passion and ‘artistic’ energy. Another fascinating thing is that everyone is artistic. To me art is inborn; we are born with the ability to create, so that one doesn’t have to go to University before this part of us manifests itself in various wonderful ways. What I am trying to say here is that we all have love for the Arts; however, when it comes down to practicality then sentiments appear. I’ve been an active member of a writers’ club for the most part of my university days, and  I have come across brilliant writers, painters, and the list goes on. The unfortunate thing is that most people in the University environment feel this ‘artistic’ activism is not important or relevant to the essence of education. I have friends who would not even admit that they write or sing or even paint because it is not their course of study, because it is something they have pushed aside, discarded for something else that they feel is better, more productive and rewarding. And because of this we find fewer students taking part in artistic studies and activities; though they have these abilities they refuse to acknowledge them.

Very few students appreciate the Arts in Nigerian Universities; very few get actively involved in them. What they overlook is the eternal existence of the Arts because every year new songs are sung, new paintings crafted, different stories told. I’m hoping— because I am not an Arts student— that the Universities offer Arts courses in a manner that is universally acceptable and found elsewhere around the world. I also hope that they are potently teaching these courses in ways that will attract recognition and productive competition from other universities across the globe.

KF: Working on any other literary projects at the moment?

HHA: I have a lot of unfinished projects, but I started something recently that’s largely based on magic realism and I think I’m feeling comfortable with that and I’ll probably continue. I really hope I continue. The process of writing a book is terribly exhausting and I’ll do anything to make it easy, so it might take long. But I’ll write whenever I can.

Hajara Hussaini Ashara is a twenty-one year old final year Law student at ABU, Zaria. She has been writing since childhood, and most times she loves to think it’s her hobby.