Saraba Magazine
Home - In Retrospect: Off the Shelf – A Literary Event at Obafemi Awolowo... 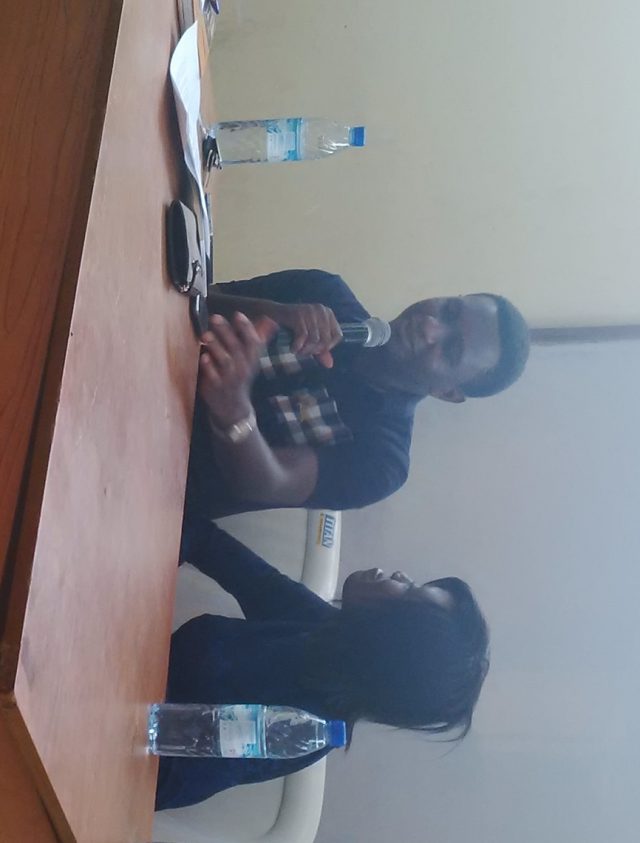 Books are written to be read and not to dignify shelves. That was what came to mind when I received the invitation to attend ArtistryOAU’s book reading event tagged “Off the Shelf”. ArtistryOAU is making good efforts to keep the literary scene in Ife alive. As someone who has organised book readings in OAU, I know how challenging the logistics can be. It is on that premise I will excuse the tardy take-off of the event on Saturday, March 7, 2015.

Once the event got into a rhythm of its own, the hall inside the Natural History Museum of the Obafemi Awolowo University assumed a height of historical cognisance in a way that the relics that primarily occupied the museum did not. Seeing fellow budding writers and literary enthusiasts throw words and emotions around in an unscripted dance of mirrored sophistication was a delight. What went down in OAU’s museum on Saturday rekindles hope, a reassurance that there is diamond in the rough.

Preliminary readings from Kelvin Kelman and Socrates Mbamalu were as poetic as they were thrilling. Kelman’s “A Song to Bisola” is replete with lines in adoration of a charming lady by her lover, his words indicating his search for his strength that she withholds. Mbamalu read flash fiction but its presentation and cadence tickled my ears the way poetry does. It is a perhaps a bit of an irony that such beautiful sentences tell a tale of a public fight and a gathering crowd which may not exactly be a beaufiful sight.

Ifeoluwapo Adeniyi, an on-air-personality with Ibadan’s first private radio station, Splash FM, and a postgraduate student in Obafemi Awolowo University kicked off the second phase of the event. Dami Ajayi’s intervening introduction emphasising Ife’s diligent commitment to honing her writing skill during her undergraduate studies, served as appetiser for the main course that was about being dished.

Ife Adeniyi shared a bit of the creative process that went into her book ‘On the Bank of the River’ due for release soon, and it was quite engaging. She was good with dates and collocating incidents with personalities, more of which I assumed would be found in her book. Ife read with her radio-voice, inflecting as the need arose, delivering an affected rendition which did not seem contrived.

Ife did not readily agree that her main character was an autobiographical simulation of her own story but one thing remained clear from her responses to questions about the projection of her female characters: she didn’t subscribe to a feminist philosophy. The writer was not compelled to assume duty on behalf of a demography she belonged to; I could only express surprise, not disapproval, that a book with that many female characters proceeded without a deliberate intent to amplify the female voice.

The second half of the main event revolved around Dami Ajayi, a poet who stamped his authority on Nigeria’s literary scene with his collections in the last couple of years, first with Daybreak and Other Poems, a poetry pamphlet available for free download, and then with Clinical Blues, a collection of poems published in 2014 by WriteHouse.

Starting on a sombre note, Dami read “Tolu”, a poem in honour of a deceased friend and colleague and in the moments that followed, Dami shows there was more to his work than the epicurean tag some of his popular poems like “You’re my Flagellation” earned him. He said, “Life is about how well you live it. There are things you should take seriously, like friendship, love and goodwill.”

Life is an American film to which we all aspire, claims the poet persona in “You’re my Flagellation” but I wouldn’t know if the focus was not solely on the love stories of Hollywood. I doubt watching Ben Affleck’s “Argo” would create the kind of sensations of relief and contentment the poem describes but we got the hint. A couple of other renditions from the Daybreak collection as well as poems from Clinical Blues like ”Konji Blues” and the “Love Songs” series, show us the intensity of emotions that run deep in Dami’s art and its seeming relentless intent to arouse.

The conversation that followed on Dami’s creative process, his works and perspectives about inspiration for writers help to establish that writers have unique motivations. With hilarious reminiscences about friends who only trust alcoholics, to theories on the necessity of depression, and escape through alcohol before good writing is birthed, many people in the audience had something to say. “You know good writing because it lingers,” he said. A lengthy discussion followed.