Saraba Magazine
Home Arts & Photography In the Hands of God, We Rendezvous 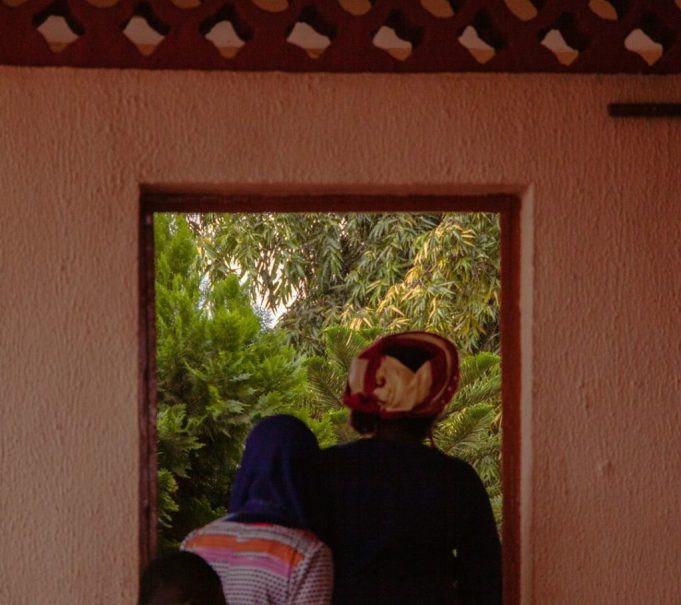 This photo-story is part of a wider project by Immaculata Abba—Enugu is in the hands of God—with which the writer and photographer is exploring Christianity in Nigeria, using Enugu as a case study. Here, she considers the significance of Sundays as the site of religious celebration as well as community building. All images were taken at the Order of Discalced Carmelites, Enugu branch. Also known as Mt. Carmel Prayer Centre or “Carmelite.”

I was with an agnostic friend one Sunday. Her father called while we were in her kitchen. She stood up, turned on the noisy cooker ventilator, opened the windows facing the street, sat on the windowsill, and motioned for me to shhh.

Daddy, good afternoon… fine… fine… yes, I’m even just walking back home now… yes, yes, I went for the confession… I won’t miss it again, it was just that I had tests that week but I’m managing my time better now… thank you daddy. How is everyone?… eyah, a boy or a girl?… We really thank God… Please send my regards… Yes please. But I have to go now, my bus is coming, I’ll call you people later tomorrow… God bless you too.

She closed the windows and turned the ventilator off. It was seamless. Practiced. 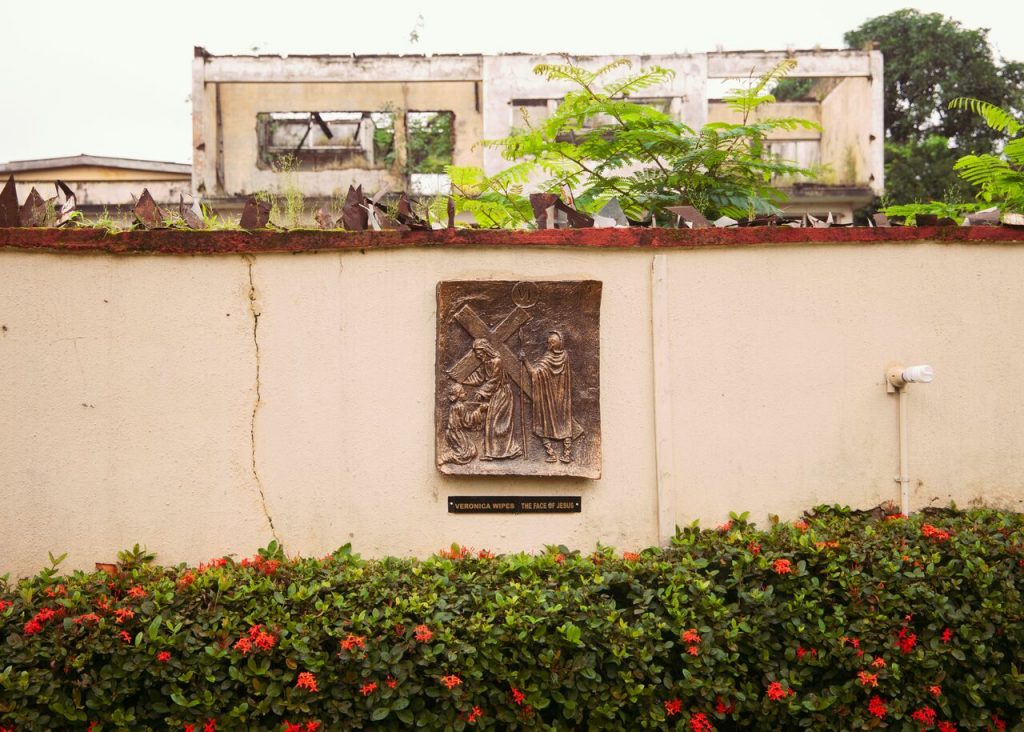 The first time I had seen her do this, three years ago, we had just graduated from secondary school. I had gone to visit her in her accommodation at university. She told me she had stopped believing in SS1, sometime around Lent. Ours was a Catholic boarding school and so Lent was part of our school calendar. Stations of the Cross was compulsory, just like daily 6am mass and the monthly sacrament of reconciliation. It was not the place to lose your faith. 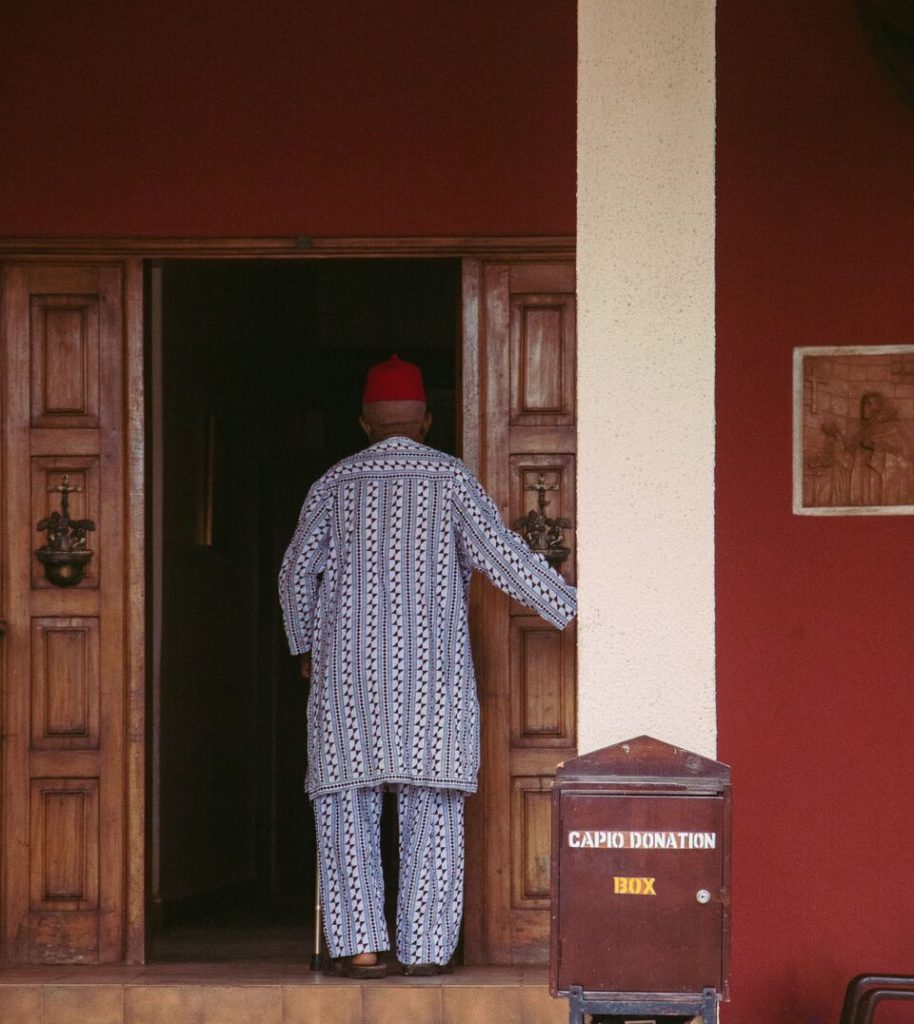 Watching her on her bed as she told me she no longer believed in this God that defined our lives and made us in His image, I felt as though she had transfigured. Where her soul extended to, I could not imagine. Or did it get recalled by God, once she denounced the faith? There was no holy text to tell me whose image she now aspired to. When the sweet chariot swung low, where would it carry her? Or rather, where did she think she was going? And above all, this thing, this disbelief, where was it from? If it was lurking around, was I immune to disbelief?

Before I asked any question, she laughed. I hope you’re not judging me. If you are, that’s your business, honestly. I don’t have the answers to any of your questions, I’m still asking them myself. 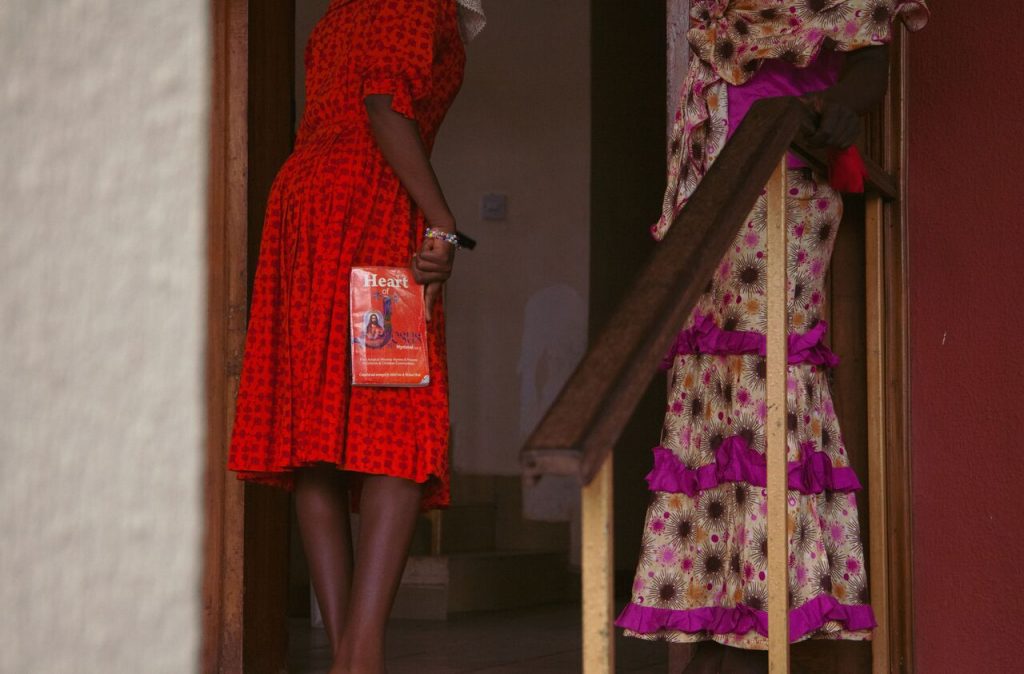 Over the years, she and I have talked often about what it means to be godless. She tells me there are songs that free her voice, like smoke from the ashes of her burnt faith: The Script’s “I’m still alive but I’m barely breathing, just praying to a god that I don’t believe in,” Frank Ocean’s “What’s a king to a god? What’s a god to a non-believer?” JayZ’s “that’s me in the corner, that’s me in the spotlight, losing my religion, losing my religion,” and Hozier’s “Screaming the name of a foreigner’s God, the purest expression of grief.”

But she’s sad, she says, that none of them are Nigerian. She wants to sing her pain in her own language. There was that one time she did not call it pain, but duplicity. And duplicity, she said, may or may not include pain. 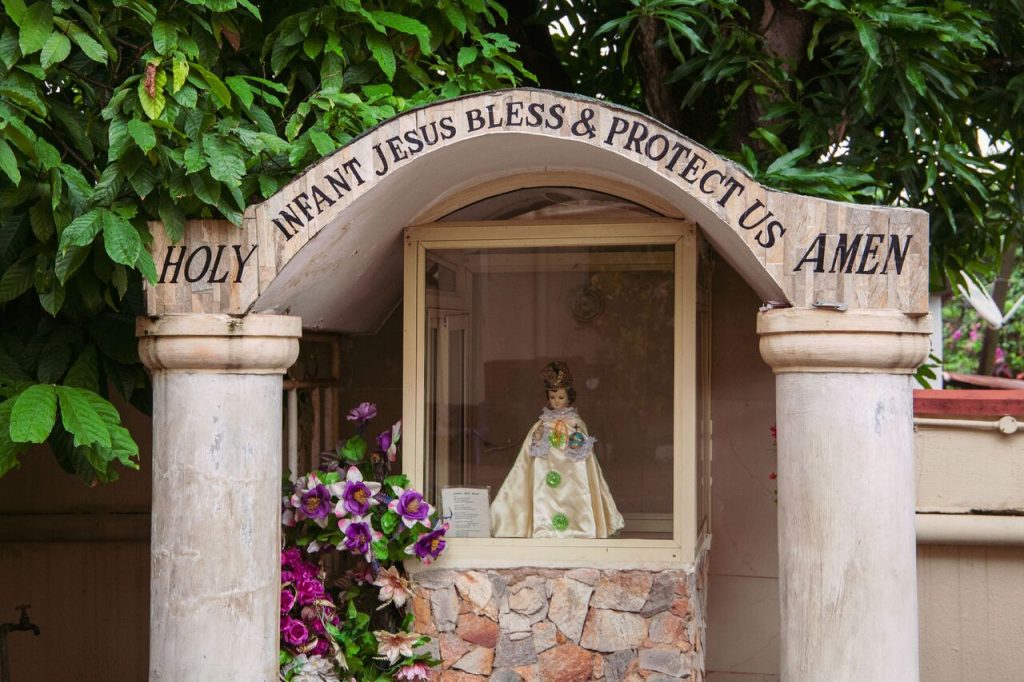 I asked her if I could write about her, her faithlessness. She said okay, keep me anonymous but tell them I think God cannot pray, cannot be vulnerable, cannot bleed, cannot be free. Ask them, like Killmonger, “Is this your king!” 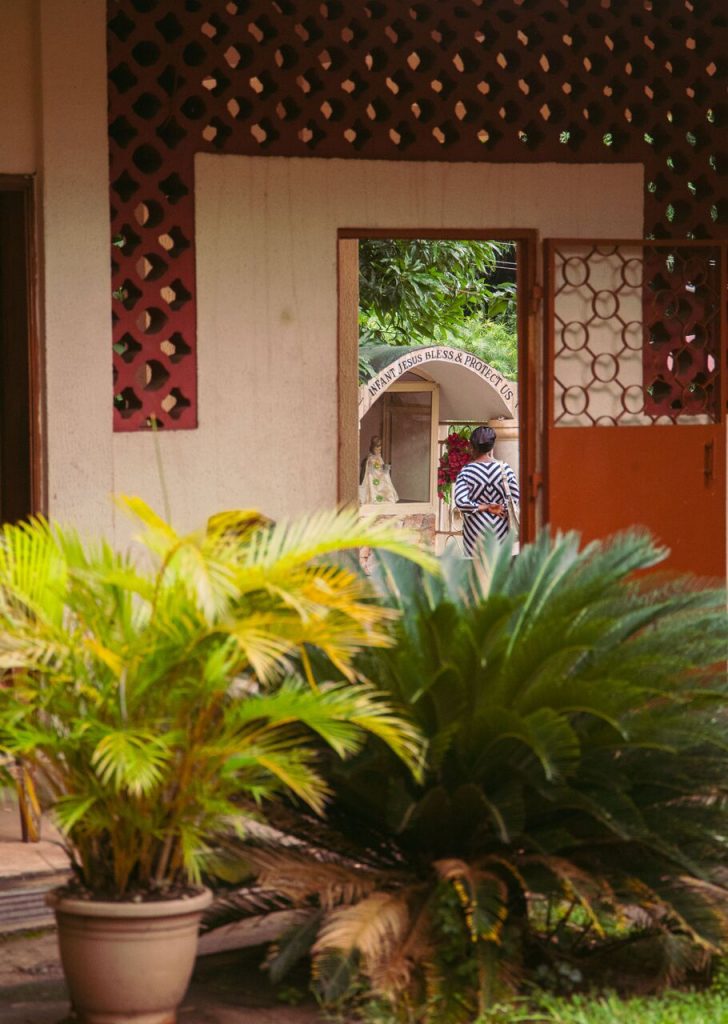 But if I have given the impression that she has escaped the trappings of faith, forgive me. By the time she sat back down on the kitchen table that Sunday, I was laughing a “This never ceases to humour me, why do you bother?” laugh. This was the first time she did not join my laughter. Instead, tapping the empty plate with her fork, she said you know, you know, I really miss fellowships. With faith, religious faith, you never really escape its shadow. You are born into this language, this paradigm, this life. It programs you to find safety and comfort in certain things. 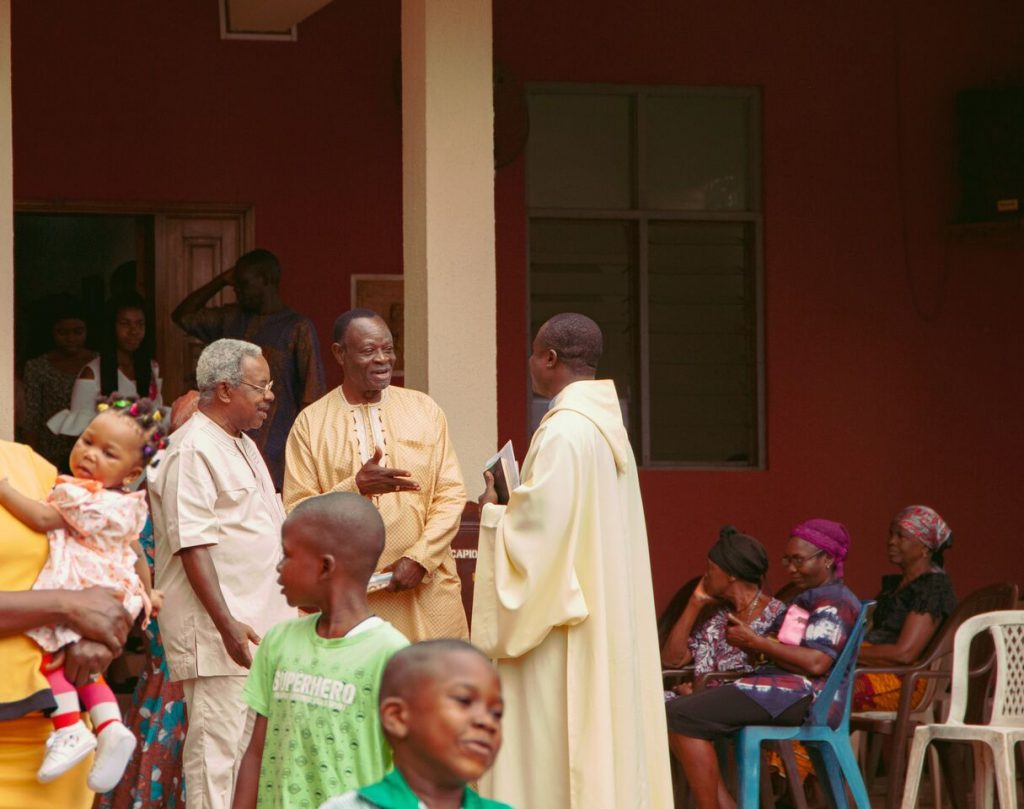 At the same time, she said, you stop being able to stand their righteousness, their dogmatism, the prejudices with which they justify their faith. I don’t know if anything can be true. Isn’t everything true because we believe it is true? Because we believe in it. She stood up, carrying the plates to the sink. Isn’t God God because we believe in him? But I think I am distracting myself because it is prejudices I cannot stand. I can’t stand that for them, the fact that “The Bible said so” is enough. Though the Bible insists no one adds or takes away from it, isn’t it, at the end of the day, a canon? Isn’t there something fishy about a canon, carved and casted as they always are, asking not to be added to or taken away from?

I had nothing to say. I had to think. I was not going to let myself slip into blasphemy. 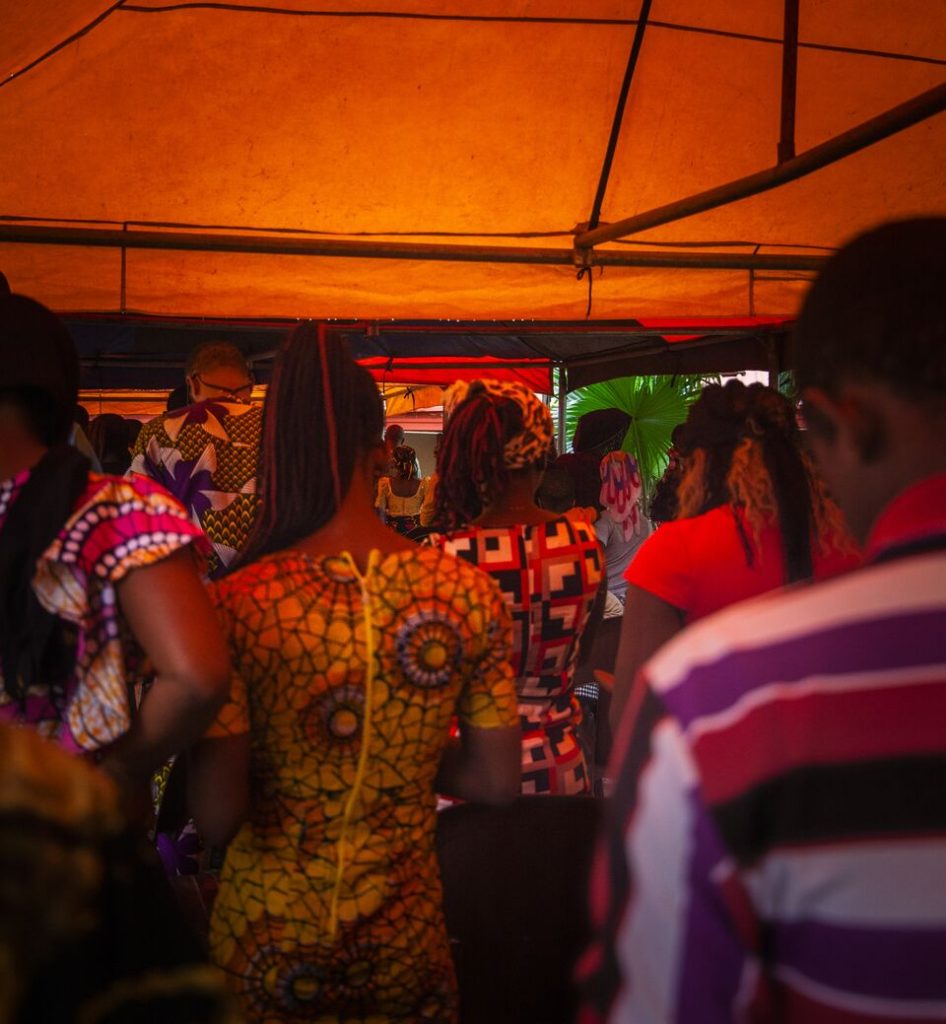 She turned off the tap and leaned on the sink, facing me. But Uchechi, you know, when I have to go to church with my family, you know, I’m there with the glass-stained windows, canopies outside, the statues of white Jesus and Mary, the candles, the incense, everyone in their Sunday best, gele to the heavens, the building I know best after my family house… and I hate myself thinking all these thoughts in such a holy place. Then sometimes I start playing this game where I guess who else in the congregation could be thinking the same.

Only sometimes. Not everyday thinking thinking, sometimes chow that communion bread and move on. She turned back to the sink. 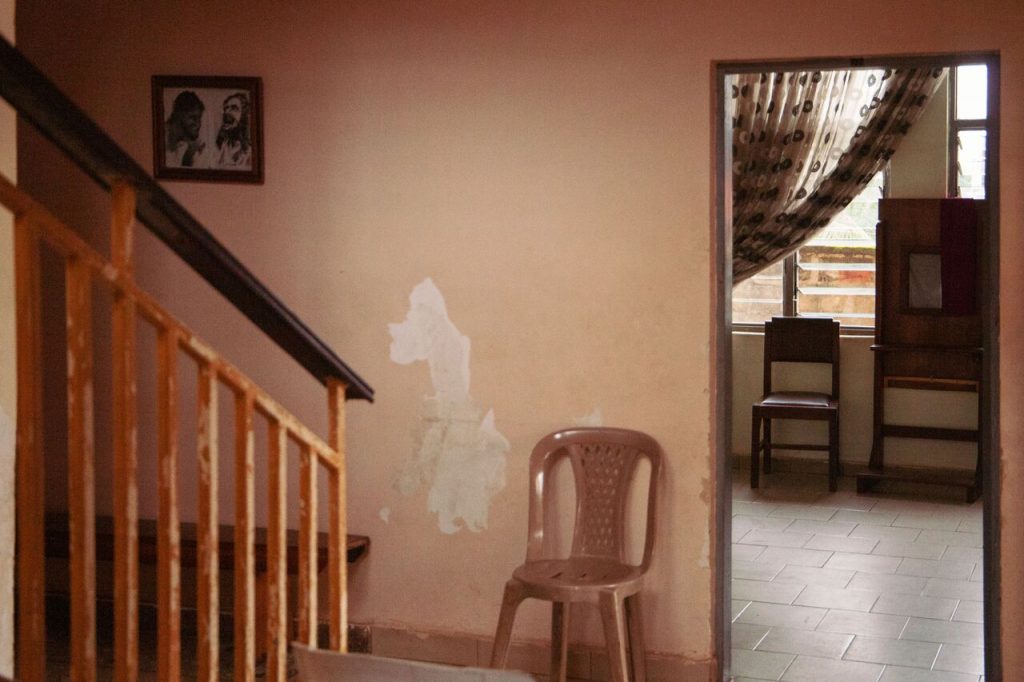 I told her that I could not imagine that she would eat communion bread while thinking such blasphemous thoughts. Isn’t that… disrespectful? Can’t she just go on going to church without having to disrespect the Eucharist?

But then my family will know this is, this has all been a lie, she said, and it will break their heart. My mother will die thinking she won’t see me in the afterlife, and isn’t that her joy, her peace.

And so what if they know, I asked, isn’t that a lesser wrath than incurring the wrath of God, even if you say you don’t believe in Him?

For you maybe, she replied.

But just because you do not believe in something, does not mean it cannot affect you. The white men did not believe in traditional religions. That did not mean the juju was not alive. Don’t you watch Nollywood films?

Well, I mean, and here we are with Christianity. That says something. But that aside, again I don’t know… One of these days, I’ll ask my dad about how he felt abandoning his father’s
traditional religious practices. But I think he’ll probably say something like, it wasn’t hard
because Jesus is the way, truth and life… I still remember the day they finally got my grandfather baptized. Sis, I guess tides turn every now and then. 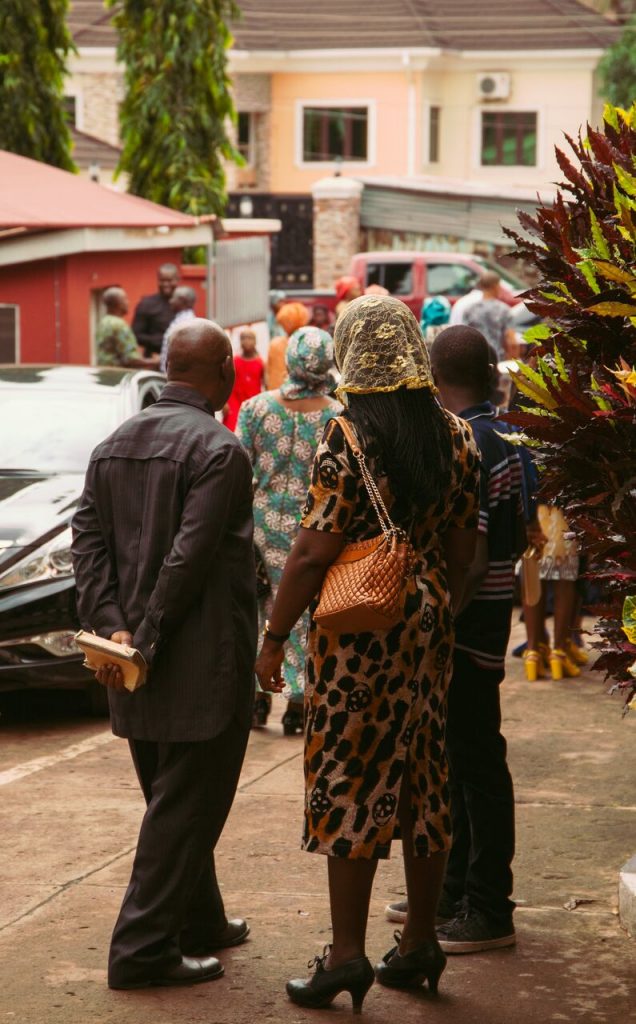