Saraba Magazine
Home - In These Hours before Sunrise 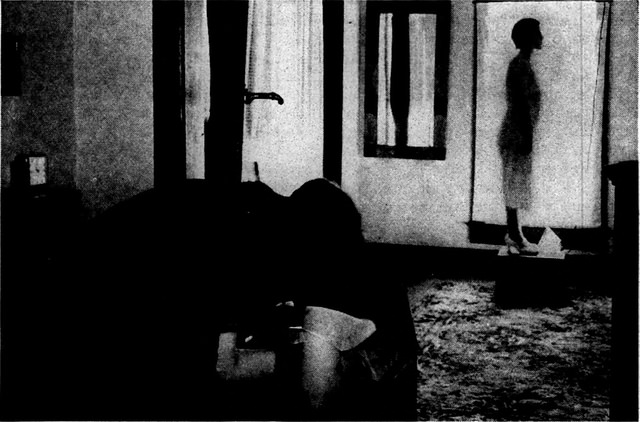 For Uncle Maxwell, and to the resilience of memory.

I walk out of the university gate in the dark hours of morning, feel the world heavy on my shoulders. White danfo buses are parked outside the gate, and some of the drivers sleep at their steering wheels, others by their tyres, waiting for daybreak on the concrete. Some of them flick open their eyes to stare at me as I drag along. The day has barely begun.

In this dawn, I do not hear birds in the trees.

As I cross the road, judging distance by car headlights, I think of armed robbers and death, and many ugly possibilities. I remember the day two boys sprang on me armed with a cutlass and a gun that was blacker than the night that engulfed us. I didn’t see them at first.

There was fear in their voices. It was hard to tell the voices apart. When they spoke, their words fused in the night air, sounding as one. They took my phone, and I half-ran half-walked forwards as they trotted off in the dark. I pictured them like scared dogs scramming, tails between their legs, into the depths of the night. It amused me, this mutual fear that tugged at us; the robbed and the robbers.

Further down, where the main road branches off into 24th Street, a mechanic’s shop comes into view. It is a ramshackle structure built by a broken fence, an untidy assembly of corrugated-iron roofing sheets held up by wooden poles. Next to it is a transformer overgrown with weeds. In the emptiness, I hear the apprentices running around to please their master, wearing oil-stained clothes, fraying trousers. I hear them tinkering under trucks and saloon cars, their legs sticking out in the sun. I imagine their fear at losing money, at making mistakes in the brown-aired shop. It is the fear of a boy from Lagos with black oil stains on his face who stands by the road and cries to passers-by that he has lost money, that his master would kill him, would say he stole the money and drive him away.

Still thinking of the boy and other like him, I enter the street and look around, plotting circles of unease. This street is notorious for robberies. It is where I was robbed. There are no lights, save for a small yellow bulb high on an electric pole.

I hear tankers honk on the road and I recall my grief. It is a grief that visited me about an hour ago. It is a grief for my sister’s fiancé who had died on the road from Cotonou to Lagos. It is strange that I should grieve for him in these hours before sunrise some four years after his death, that I should remember him with fresh pain these many months after I had, in the busyness of life and the cloudiness of each day, unconsciously packed off his memory like old newspapers beneath a dusty staircase. Hearing of his death in the big house at Eheneden, I had felt only a small pain and pity and nothing more. It was pain for the two children he had left behind, and for my sister who had built her hopes around him, and it was pity for him: for the briskness of his life, for unrealized dreams.

That day, I had woken and found my mother’s eyes looking in my face, the room blue about us. There was tiredness about her face that morning, a confused sort of pain, the type you didn’t know how to feel or express. It sat there, dour.

She said it to me crisply: Uncle Maxwell is dead. The words were a bad joke.

It is true. Maxwell don die.

I feel this grief strain at my soul, threatening to burst forth. This is how I know it’s real, because I hear my grief turning to words, filling me with poetry. About an hour ago, I felt my first real grief for him in the lyrics of Ed Sheeran’s music. Listening to Photograph and reading, I wrote on the reverse side of my notebook:

Remembering him
Is like listening to voices from the dead

I form verses of him, my way of examining grief. This is not what I hoped to remember in these hours before sunrise. A man knocked to his demise by a tanker. Or had it been a truck? His death had happened when it was too early to see death’s unmannerly approach.

As I turn right into Otabor-Olubor Street, my mind stretches back to a stuffy room in Lagos and I hear the laughter of his children, my niece and nephew. And I think: in the end, nothing is really lost. We leave marks behind. Still, it is the bitterest thing in the world: standing through loss.

Ndukwu Joseph Omoh is a Nigerian writer. He lives and schools in Benin City and his short stories have appeared in africanwriter.com.