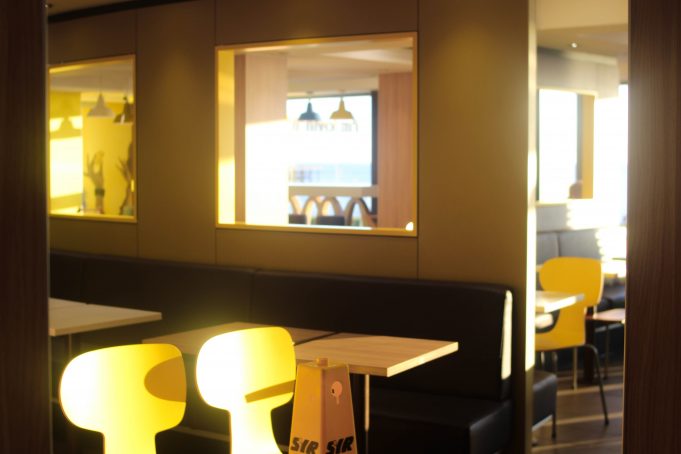 Like every other morning since moving into this short-stay rental apartment, I wake up to the raspy voice of my neighbour admonishing her children while going about her morning chores in the backyard. I hear a rumble of dishes being washed, interrupted by a torrent of words in Fon, of which I only understand the tone of voice: annoyed and frustrated. One of the children cries softly.

Today is the last day I’ll be sharing this unexpected intimacy with the family next door: it’s already time to leave Benin Republic and go home to Kenya. I’ve spent the past six weeks looking for opportunities to practice the Yoruba I have learnt in the university and meeting up with potential partners for the Yoruba Name dictionary project. I have volunteered to become the ‘French connection’ between the mostly Nigerian team and Benin Republic where I can use my native knowledge of French to approach organisations for support. Compared to the rest of my stay, today’s todo list is somewhat tedious. I have to double-check my flight details, make arrangements for my transfer to the airport, buy some US dollars, take leave of my Beninois friends… I hastily write it all down to avoid last minute panic.

Half an hour later, I’m on a motorcycle taxi – more commonly known as zem in these parts – on my way to an exchange bureau. The mall where the driver drops me off is a thin tall building that doesn’t exactly look decrepit but has a strange, dark feel to it. The stalls are arranged on either side of a large central alley that seems to be pleading to be filled up with customers. But today, there are no more than a dozen of us admiring the mountains of bags, shoes, abayas and gold jewellery on offer. Though the shopkeepers use their mellowest voices to invite me in, I am focused on my mission: finding US dollars with which to travel back to Kenya, where I’ll swap them again for Kenyan shillings.

This double currency exchange is a well-rehearsed dance for travellers going beyond the borders of East Africa, one that requires keeping abreast of foreign currency fluctuations and adjusting travel budgets accordingly. Much like English has become a dominant pivot language for translation, the dollar has taken up a similarly hegemonic place in the financial landscape, leaving us to grapple with the absurd logic of a North American legal tender acting as the medium to trade between two African currencies.

But I have no time to flesh out this comparison. I keep pacing up and down the corridors, up several flights of stairs until I get to a shady-looking floor with rows of unmarked stalls. I see some women seated on plastic chairs, chatting across the hall. A few men hanging about the vicinity barrage me with queries about things I do not understand. “Je cherche un bureau de change,” I say to one of them. His face lights up and, without uttering a word, he walks me to a room where I am greeted by a tall lady in a magnificent blue and yellow Ankara suit.

I sit down and watch as several women in cubicles and a man at a desk near the window count money and write numbers on pieces of paper. Across different cities and countries, it’s always more or less the same routine: the giant calculators that speak in numbers to bridge language barriers, the ritual of swapping one currency for another with different faces and symbols on it, the expectation of travel hanging in the air.

When I am shown how many dollars I can get for my wad of CFA francs and I see my whole bundle melt into just 3 wrinkled green banknotes, I only manage to muster a smile to myself. My initial reaction reminds me of a film I have once seen in Mumbai, where a woman travelling outside India for the first time stares at the thin pile of notes she’s handed in exchange for all her savings at the airport exchange bureau. She opens her eyes wide, perplexed, and protests that 4000 rupees can’t amount to just a few US dollars. In fact, they do and, no matter how many times you do it, it’s always a strange feeling to witness the physical exchange of a number of pieces of paper for another number of pieces of paper that come in different colours and designs. When reduced to its mere materiality, money is a ridiculously flimsy thing. But of course, it’s only pieces of paper if we all stop trusting in its value and that doesn’t seem like it’s going to happen any time soon.

Caught in my reverie, I have almost left without examining the notes given me, one of which turns out to be a bit torn while the others are stained. I have heard stories of old dollar bills being refused at exchange bureaus in Kenya – or where was it again? I am getting lost in the constant stream of blog posts and academic articles I am reading these days and it’s so easy to mix things up. So I stay and ask for crisper notes and as I sit there waiting for the new set of bills to materialise, I realise that only one person has spoken French to me so far. Everyone else is chatting in Yoruba, with a few English phrases thrown in once in a while. Most of the moneychangers here sound Nigerian and it strikes me that we are all foreigners in this land, though my white skin makes me a lot more conspicuous.

In that moment, I feel strangely safe, as I understand bits of the conversation while no one suspects that I do. In any case, the business of exchanging money requires few words. The man in round-frame glasses near the window is bending over his desk, absorbed in the task of stacking bills in tens and attaching them together with a rubber band while very carefully writing down numbers. He sometimes looks up and exchanges a joke with his colleagues, or fiddles with his biro; but for the most part he is quiet, his hands working with admirable precision. I wonder if, like me, he sometimes tries to imagine what stories customers have brought with them. The job is a bit like working at an airport at the check-in counter or as an immigration officer: you are the constant custodian of the transit space. While everyone around you is going somewhere, you’re staying put, doing your bit to help them through the process of leaving or arriving.

The diffuse sense of security leaves me when I step out of the room. I am thrown back into the dark central alley and into the brightness of the day. As I decline offers of a ride by the dozens of zem parked in front of the mall, it suddenly occurs to me that I have no idea how to tell whether the dollar bills are genuine. It hasn’t even crossed my mind before then. I reach for the inner pocket in my purse where I’ve kept the dollars and I touch the uneven textures of the bills. Feeling the small bulge they make is reassuring. In my mind, I travel back to other cities bound to this one by the familiar routine of leaving, complete with packing, goodbyes and the solitary soul-searching spent meditating on the moments in-between places. I’m still in Cotonou though the act of acquiring foreign currency has already projected me elsewhere, not quite Kenya yet, but a no man’s land where only the ephemeral is allowed.