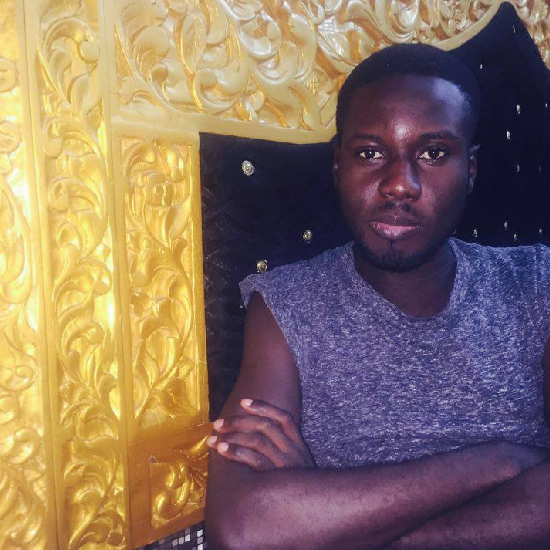 I. Liable to Die

I had a crush on Einstein Beckham. He made a first class in Uni and he was crushing me in a game of ludo. It was during our court attachment days in Law School. He blew rings of Dunhill smoke as he served consecutive rolls of double six-six. I asked for his pack of friendship and tried my first stick of cigarette. My expectations were high but the cigarette didn’t stop my losing streak. However I discovered peer pressure: the pressure of cool in the face of inferiority. E.B was the first cigarette evangelist I ever met. He didn’t even preach.

Weeks later I met Young & Sexy at a house party in VI. Between his pink lips was a burning white stick from a red pack, Dunhill with Filters—a feminine blend. He blew into my mouth to say hello.

Years later, I’d graduated from peer pressured smoking to social smoking, when Uncle B (my literary master) came to town. There we were – at the foyer of a resource centre – puffing and discussing literature. I was surprised at the speed of my comprehension. During our previous encounters, his tutorials would trigger nights of restlessness, months of regurgitations and a year to fully digest his wisdom. With the maturity of a pack of smokes and the confidence of a stick between my fingers, I was processing his gigabytes of brilliance as fast as he spoke. And I responded with insights, dug deeper with questions, and followed his thought processes to the end of his brain. Later I remembered an old prayer request: to have a literary conversation with Uncle B when I grow up. We were smoking together when I realised it was being answered.

In 2014, I became born again (again!) and stopped smoking one stick to stay alive, two for joy and a pack to celebrate. After a few months with Jesus, I suffered a sin withdrawal syndrome. Unknown to me, the cigarettes calmed my evening agitations and alcohol made me pleasant. Everyone testified: Jesus wasn’t working for me. My imagination was too wealthy for religious opium. And after sunset: my fingers craved the company of cigarette and my lips sought to have conversations with a stick. And it was really cheap; it calmed my aches, soothed my heart and cured aloneliness. I broke up with Christ and fellowshipped with my favourite things (after books): two consecutive sticks of Dunhill Switch, a bottle of Star and a seductive conversation with a beautiful stranger. Those were the days of my best smoking escapades: front balcony, two hours after midnight, with my notepad and pen; Ikoyi Waterside, after sunlight, with a bottle of Star; under a shade, before a shower, with my brain to memorise ideas; between legs, giving head, with lube and rubbers.

Why was it that the thing that made me whole also killed me slow? Why were the bad smokes legal and the good smoke made illegal?

E.B has quit smoking, so he said. Y&S never allowed smoking become his hobby. Uncle B suffered his second stroke after signing a major book deal. Yet at the end of days, here is how I wish to go: walk to my favourite waterside bar, strike a cigarette and a conversation with a pretty-faced stranger, finish a stick and a half, walk away without saying goodbye, wank on my bed then sleep forever.

I didn’t know the difference between cigars and cigarillos until I met N. He was northern and Muslim; alcohol was forbidden but tobacco was allowed. His pack of cigarillos was about the price of a roll of cigarettes packets and his cigars were double the price of cigarillos. If the smoke of my cigarette was that of a candle stick, the fumes of his cigar was a coal powered engine. It clogged my chest like a rich man’s disease. And it tasted like cancer. Maybe when I’m old and prosperous I would love the taste of cigars.

I was with N when we found a book about cigars at my favourite library in Ikoyi. I had a dream after reading it: that Nigerian snuff (the type inhaled by Pete Edochie in Nollywood movies) will be celebrated around the world like Cuban cigars. Snuff was what our forefathers used to calm their nerves. No cancer, no strokes, no heartaches; just afflictions from the gods and those perpetuated by witch doctors. Whatever the case, the cure was only a ritual away. We didn’t need to travel abroad for proper diagnosis and adequate treatment. Offering a goat was tantamount to chemotherapy. And instead of tobacco, there was always an evil stepmother or bad-belle to take the blame.

I wish I was introduced to snuff instead of cigarettes; palm wine and ogogoro instead of beer and spirits. I wish Nigeria has indigenous snuff companies instead of the British American Tobacco Company. I wish we exported snuff like Niger Delta crude. And Nigerian snuff users around the world would quote proverbs like Pete Edochie.

Above all, I wish smokers weren’t liable to die young.