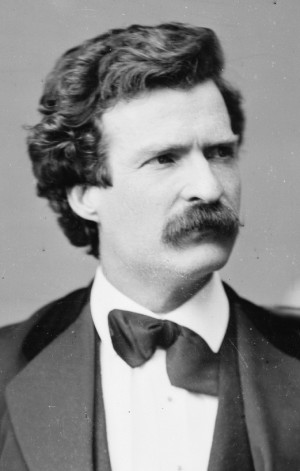 December 15, 2015 is the submissions deadline for the Saraba Manuscript Project. We are excited.

We trust that those yet to send in submissions are in the final redrafting or editing stages. Be encouraged, for we presume the judges won’t be too particular about many things except quality, and maybe excellence.

At the stage of fine-tuning and pruning, it is good policy for writers to acquaint themselves with the rules, strictures and boundlessness of good writing. The application or conscious disregard of these rules is the writer’s discretion and separates the fine sand from gravel.

Until the deadline, we will remind prospective applicants of writing rules by great writers.

Because rules are best when given in the good spirit of humour, we would begin with Mark Twain’s hilarious rules of writing. Mark Twain died 105 years ago, and gave his undying writing tips years before he did so. The Saraba Manuscript Project is open to writing that will survive 100 years hence, hopefully more.

And this last one was found in a letter Mark Twain wrote to D.W. Bowser:

Most of Mark Twain’s works are available online for free, including his all-time classic, Adventures of Huckleberry Finn.

The photo of Mark Twain by Mathew Brady is in the public domain.