Home - May the Day Break: Light Triumphs in Elechi Amadi’s The Concubine 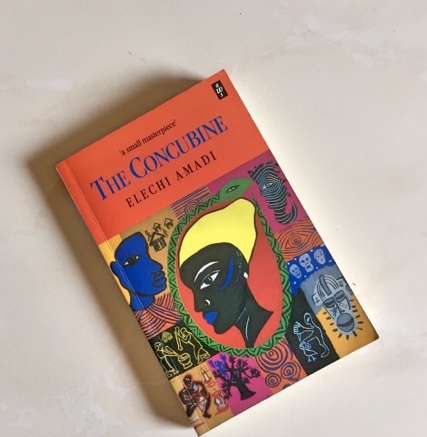 I can’t recall the year we read Elechi Amadi’s The Concubine in my secondary school class. What I do recall, in startling detail, is that lush period after short break, fraught with fire from our pitching to read aloud, an unnecessary sport since the same people always received that coveted honour. Whenever a love scene began, the class prankster would giggle and the rest of us would act outraged, as though we were not thrilled by that very part too. Elechi Amadi, who died in June, gave to us a book without the tedious leanings of the others on our curriculum.

We loved Ihuoma, the eponymous lead character, her mortal beauty of serious intrigue to us. At an age when we were becoming aware of our bodies, we couldn’t help but admire her complexion described as “that of an anthill,” or her alluring smile attributed to the natural gap between her front teeth. In the novel, she attracts a near mystical goodwill through her quiet confidence and artless humility, so that many who envy her simply come to like her. She is gentle and well-mannered; but a surprising steel in her spirit pushes through after the death of her husband, Emenike, and during a pivotal encounter with Madume, a spurned admirer. That she is both provincial and exotic only drew us to her more.

Ihuoma’s lover Ekweme, over whom she wields “absolute power,” displays the kind of affection bordering on sheer adoration, a trait we had entirely ascribed to white male characters. We would have dismissed the couple as caricatures of a Harlequin novel—the small town widower with three children, the headstrong heroine with a timid boyfriend—but Amadi upturned ideas we had internalised with subtle wisdom and elegance. His defiant imagination elevated ours. An unmarried young man could choose to marry a widow. Motherhood did not make women undesirable. Ihuoma and Ekweme’s relationship became a source of ribbing in our all-girls school. “Are you thinking of your Ekwe?” we often asked a girl smiling for no reason.

If I had discovered The Concubine as an adult, certain poignant moments would have come across as maudlin. But it did not matter to me back then. What mattered was that Amadi wrote an unpretentious love story with a female protagonist, a rarity for most of his male contemporaries. He stirred in my teenage self a longing for something simple and true—albeit with a degree of wariness. Love really could drive a person crazy, as the novel portrayed. Not only does he capture the slow-moving rhythm of rural life in clear prose; he also creates a full-fleshed world free of the colonial anxiety that overwhelmed Nigerian fiction in his day.

Life in Amadi’s Omokachi seemed to move in time with life in our school. The oduma dance evoked impromptu night dances in our dormitories. Our singing brought to mind my favourite character Wodu Wakiri the wag, even though his famed soprano sunk our voices in shame. We were taken by the old-fashioned greetings in the novel; soon we started to say “may the day break” instead of good night. Like them, we lived in a small place. Like them, we did not openly question faith in our hyper-religious school, not because we feared being hit by a thunderbolt as in their case, but because word might have gotten out that we were agents of the devil.

I would learn, as an undergraduate, that The Concubine is Amadi’s debut. Readers are mostly oblivious or impressed, the latter attesting to the assured and engrossing narrative. When I reread the novel in my 20s, there was still much to admire: the exaltation of tradition, the consummate thrust of belief, the purity of devotion to the old ways—nuances I couldn’t grasp when I first read it at seven and wondered why they were worshipping idols. Throughout, the supernatural looms, reinforcing the underlying motif that free will never supersedes destiny.

Amadi does not cloak his wit in excessive proverbs. Nor does he romanticise a dominant, entrenched culture of misogyny. Men beat their wives. Women call their husbands “my lord.” Ihuoma’s mother tells her to remarry because she needs a man to look after her. A lot has been said about whether Amadi and his contemporaries were depicting their sexist views or merely portraying the times. Nonetheless his characters are undoubtedly indelible, his vision effortlessly universal, never moralising and always humane.

About a week after Amadi’s death, I returned to The Concubine and grew amused by his pokes at patriarchy and gender roles. When Ihuoma’s father says Nwonna, her son, will “behave like a woman” if he is brought up by one, Ihuoma’s mother says, “As if all women were fools.” Ekweme takes up hunting and wrestling to prove his masculinity, yet he remains a classic mummy’s boy.

I did what I try not to do when I read fiction: dream of a different plot. I wanted an audacious engagement with sex. I wished Ihuoma had gotten entangled in some brazen scandal and pushed herself off her pedestal. I thought the ending asked too little of me—nothing like the way we felt in my secondary school class. With that haunting last sentence, Amadi pried our hearts apart, but we forgave him. On a note so dark, only a titan could leave us with light.

Suzanne Ushie grew up in Calabar, Nigeria. Her short stories have appeared in Fiction Fix, Conte Online, The Writing Disorder, Gambit: Newer African Writing and elsewhere. Her essays have been published by Saraba, Brittle Paper and Lunch Ticket. She has an MA in Creative Writing from the University of East Anglia where she received the African Bursary for Creative Writing and made a Distinction. She is a 2016 OMI Fellow at Ledig House.