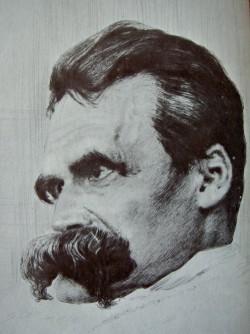 The philosopher, Friedrich Wilhelm Nietzsche (1844-1900) is considered one of the greatest minds that ever lived. He was so revered during his life time that a student wrote to a friend after spotting Nietzsche on a train: “I just saw god on the 5 o’clock train.”

Along with the Bible, Nietzsche’s book, Thus Spoke Zarathustra was a standard issue for all German soldiers during WW1.

Friedrich Nietzsche thought and wrote on practically everything. His 10 rules of writing were written in letters he wrote to his unrequited love, Lou Andreas-Salomé.

Until the December 15 deadline for the Saraba Manuscript Project, we would be sharing writing tips from famous writers. Read our previous post on Mark Twain’s literary rules.