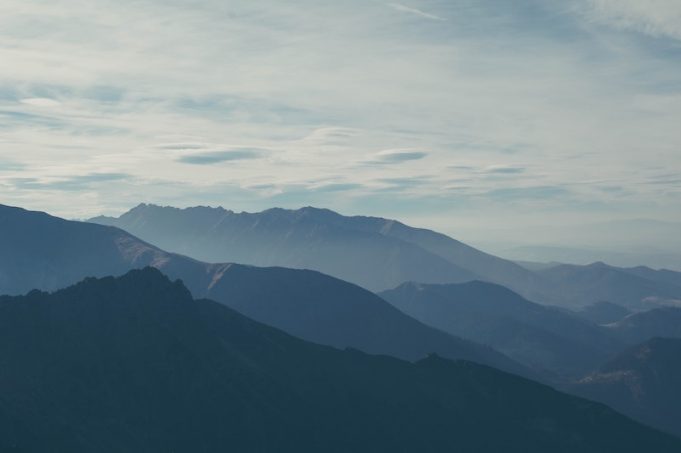 Amadi’s gaze travels to the screen of his tired Samsung S4. Following the red blink dotting the device, he fiddles his way through messages queued on the blackberry app. He stops at one, his brows furrowing to a deep frown, his mounting anxiety gathering to a small pool of sweat on his torso. Then, rather unexpectedly, he laughs. A deep rich cackle made of part brawn, part disbelief. He staggers once, twice, before falling to his knees, brought down by the irony of his predicament, a pregnant ex-girl friend.

Forty minutes later, deciding himself exhausted from his consternation, he pulls away from the beeping sounds of other awaiting messages, tours his scant wardrobe for a change of clothes, then leaves the house.

He pulls into the un-tarred street in his beat up, second hand, sun-bleached corolla, makes a stop at a gas station to refill his tank, then, drives straight to his death.

Before dying, before his mind drifts back to the content of the message, before he reaches for his phone on the passenger seat, before the oncoming truck loses control and rams into his car, Amadi’s mind taxies to a time in his past, and like a wandering boy suddenly finding his way home, his thoughts come to rest on his mother. He makes a note to call her, to know how she is doing after a seven-year period of silence. He considers paying a visit even, but promptly decides against it. Instead, he will place a call. It would be unexpected but welcome. His mother, almost retired from chasing after him, would gladly accept whatever conciliation he offers. A glimpse of her face flashes through his mind, though this particular picture is her much younger self. It is from the time when he is still a boy, and still had a father, and his mother still taught French at the local boy’s school. He remembers the way her voice rose, caught mid-sentence and deflated into a hoarse whisper, such that conversations with her always felt like half-screaming, half-choking. He remembers again, the way she calls his name, part threat, part adulation, not quite deciding where to draw the line in reprimanding her miracle baby. He wonders why this memory is distinct from all his thoughts of her, wonders why the sudden recollection sends a pang of longing to his chest, and wonders how he is able to perceive the rich smell of Egwusi wafting into his car from his mother’s kitchen, all of twenty years ago.

It is for this inexplicable longing that Amadi determines even more to call her. Settle the matter once and for all. But he never does. Instead, he is crushed by a truck driver. One moment, he is queued at the traffic light by the road intersection leading to the high way, the next, he is squashed to a mash of body parts: his remains, mangled beyond recognition or repair, beyond burial. His right hand, detached from his body, stubbornly remains intact, as well as his phone, held snugly in the space between his fingers.

A growing audience converges at the scene of the accident. A woman is crying, her hands flailing in the air. She throws herself on the dusty concrete, pulls herself up, and repeats the exercise. Her theatrics are a fleeting distraction for the growing spectators. By her crying and acting out, she’s managed to incur some bruises, and also lose two buttons of her blouse, revealing dark mounds of flesh tattooed with stretch marks.

Twenty minutes sped by; the accident scene has become a small city, with pockets of people sharing fragments of what ensued, mostly hearsay and half-truths. The hyperactive woman is all worn out, and gathering what remains of her strength, she limps away from the scene. No one notices her smug expression masked by tears. No one moves to call the authorities charged with clearing such carnage.

Amadi’s phone, still tucked in his fingers, begins to ring. It is his mother. She is frantic. She has had a nagging feeling the entire week. Three days earlier, she was sitting in the terrace of her Enugu residence, on her third floor apartment veranda, as she does most evenings, her mind, everywhere and nowhere, drifting from the corridors of her youth to the inanities of domestic requirements, when a bird ceased flight and landed at her feet, dead. Her nephew, Ojakiri, told her it was nothing, told her that birds drop dead on the terrace all the time, a fact he exaggerated but did so gladly to calm his aunt’s nerves. But, Amadi’s mother was not convinced. The weight of personal experiences did not allow her the frivolities of brushing aside obvious indications of danger. So, she took the matter upon the jurisdiction of her conscience, and invited Pastor Longman, a short stocky man with zeal directed at fighting the devil and fattening his belly. He visits on a lazy Thursday evening, and after an exquisite lunch of goat meat pepper soup and cold drinks, he assured Amadi’s mother, between belches, that all was well. She saw him off to the door and politely AMENed to his profuse prayers.

The line goes off. She stares at the phone – Stares at it, long and hard. Stares at it as her son had done with his in the morning preceding his death, as though regarding a specimen. Then she lets out a piercing scream, and sinks into the blackness.

She awakens in a burst of tears, ten hours later, to the smell of antiseptic and bleach and the snores of Ojakiri and Ikemagwula, her twin nephews. She knows, without being told, she is at St. Peters, the missionary hospital by Independence Layout. She tries to move, but finds she is unable to. Not willing to bear the weight on her chest any longer, she breaks into a song. It is an old song, from a long time ago, from a time when she was a little girl in Abakiliki. It is a song about the all seeing eye of the forest gods, a song about love and pain and loss, and about a deity, roaming the land of the living in search of her long lost son.

These memories wash up on the shores of her conscience, and she recollects the time she was twelve years old and had gone to Agbaji, the village stream, to draw water.  It was there she first met her: the dark- plump woman whose upper chest revealed a mound of flesh tattooed with stretch marks. The strange woman had stood by the riverbanks, and sang the song of the forest gods, alone, as if she was painted into the scene. Amadi’s mum, then called Nwaneri, stood transfixed by the song, and the bittersweet beauty of the singing so that she let herself get pulled and wrapped up by the sadness. She had walked up to the woman that day, circled her hands around her waist, and cried along with her.

Now, forty-five years later, she wakes again, to the exact feeling enacted at the riverbank, to the exact sense of despondency and loss, to the striking image of the dark-skinned plump woman and her song of misery playing in her head. Immediately, she knows what she must do.

Two weeks later, Nwaneri, much against the pleas of Pastor Longman and her nephews, returns to Abalaliki. She had announced her intention the day she was discharged from the hospital, mentioned it offhand, amidst talk of Amadi’s body and preparations for his burial. She cannot explain why her thoughts have remained on the scene from the riverbank since news of Amadi’s death came or why she cannot snatch herself away from recollections of the past and mourn her son. So Nwaneri informs her nephews, with a finality that they dared not contend, that she was returning home in search of answers.

The rough path leading to Agbaji has been cleared. The roads have been tarred. And the stream all dried up. She stands at what used to be the riverbank, alarmed by the difference forty-five years and civilization can bring to a place. She stands there, transfixed by the pain, and the years, and recollections of the first time she met Dike. She was 19, he was 23, a returnee from overseas study. It was love at first sight, or so she imagined. After a two-year courtship, they were married. After ten years, she had still not borne a child. By the 12th year, Dike, driven by the demons of his sisters, had thrown her out of their Aba residence. Few weeks after the incident, she found out she was pregnant. Three months after, she and Dike were back together. 14 years later, Dike was dead. He had gone to supervise his construction site, from where he promptly slumped and died, with neither a word of explanation or goodbye.

Now, standing on the banks of what used to be a vibrant stream, the memories of her loss, pain, and aching emptiness crystallize into a thought. She looks up, as if at the prompting of her name, and with a new sense of mission, marches towards the road, straight to an unsuspecting oncoming travelers’ van. Her mind is not with her, so, she does not feel the force of the impact, or understand the sudden scream following the thud as she lands on the tarred road. All she can hear is the distinct singing of the dark, plump woman. She feels herself rising above the ground, floating really, her body sprawled still on the concrete, lying there, but not really there. Then she allows herself to get pulled into the light, but not before catching the sudden glimpse of a woman nearby, crying, hands flailing in the air, throwing herself on the concrete, pulling herself up, and repeating the exercise.  Recognition immediately dawns on Nwaneri, this is the woman she has come to see. She wants to scream at her and ask why. She wants to cry for Amadi,instead, she lies there, on the sun stricken, blood stained concrete, she lies, and helplessly watches her life fade away.