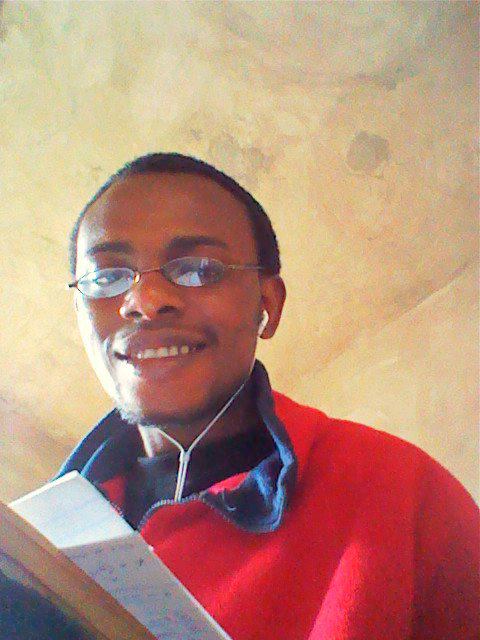 Prosper O. Anuforo (b. 1988) is a native of Imo State. Although born in Emekuku (in Owerri), he grew up in Lagos – to the sights and sounds and smells of the commercial city, all of which helped stoke the fires of his imagination.
His father, a journalist who quit the Daily Times around the 80s to set up as a free-lance marketer, and Uncle Johnny (his maternal uncle), who studied Philosophy at the Gregorian University and taught Literature briefly at Baptist Academy before his death, were both great influences on his literary development. He, however, chalks his early interest in Literature to those strange books he stole from the weird shelf in his maternal grandparents’ parlor and also those childhood days spent indoors, on their bedroom floor playing “Paper” with his siblings: Temple, Kama and Hannah.
He’s currently a teacher, dividing his time between teaching and writing.
He is also working on a poetry collection and a novel.