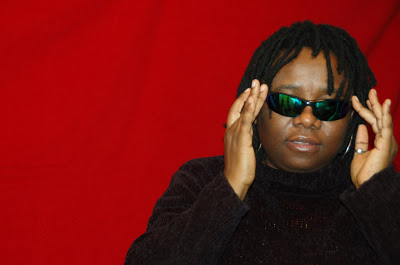 It was the late 90s, and I was settling in as a graduate student in Cleveland, Ohio. All the excitement about being in America had dissipated; reality was what stared me in the face. Homesickness, I didn‘t like the food, I hated the cold weather, I couldn‘t figure out the bus routes and worse of all, I couldn‘t type to save my life.

A few days in graduate seminars made it plain to me that I had to type up papers and give presentations, in most cases twice a week. For some reason, I started feeling uncomfortable in my classes, especially with questions like, “How did you learn how to speak English?” “Do you have Colleges in Africa?” “If you have problems with your writing, let me know.” Already I seemed to be struggling with everything. Even the simple task of walking to the students’ center for a snack became a problem. Often times I fell. I didn‘t know how to walk in the snow.

There was a skill to it. However, the greatest task I faced was getting my first 20 paged paper ready for a mini exam. I was shocked to realize that there were no professional typists—very much unlike Nigeria. Some of my class mates suggested I ask undergraduate students who may need the extra cash. None was willing. So I had no option but to do the typing myself. I started at about 12noon, and got up after every 2-3 hours to get a snack or something to drink. At 2.a.m I was still picking my way through the paper.

When I finally concluded, I wasn‘t sure about how to save the document. I was alone in the Poetry Center where I worked part time as a graduate assistant, and hated myself for not making enquiries about what to do after typing. The anxiety of typing had made me flustered and illogical.

I picked up the phone and called my Indian co-worker. First, she yelled at me for calling her so late at night. Then drowsily she instructed me to hit the “save” button. “Where is it?” I asked. “Look up, to your left, you‘ll see the sign of a disk drive, click on it.” She hung up. The word “Disk drive,” bounced around my head for hours. I picked up the courage and called again. This time, her phone must have been switched off. It rang endlessly and nobody answered. I sighed intermittently, paced around the office, sat down, got up. I sat down again and decided to click on all the signs to the left of the computer. Within seconds, the document disappeared. I panicked and started making frantic calls; all the numbers in my address book were called. No luck. It was already too late to take the shuttle to my dorm. Besides, I had made up my mind to sleep on the hard cold floor of my office.

Before I knew it, tears welled up in my eyes. Trickles dropped on my note book and blurred the words on the first page. I wailed till the tears gathered into a pool. But I suddenly sprang up, opened the door of the office and ran to the security phone on the wall a few steps away from my office door. I called the security on duty, hoping he was not a rapist. I had watched enough movies to know that there was the possibility that he could rape me, strangle and disposed of my body. As soon I finished the call, I ran back to the office and hurriedly locked the door. I couldn‘t afford to be met alone in an isolated building. A few minutes later, he knocked on the door. My eyes were red. I recounted what happened, hoping that he was techno savvy. He sat down and clicked on several icons on the computer.

Nothing came up. He asked if I had saved anything. I said no, and he spent the next thirty minutes trying to trace my document. At the end, he shook his head and said, “I‘m sorry ma‘am, can‘t find it.” He suggested I wait till 8am when the computer technicians would be around. My paper was due at 8am before my mini exam presentation for 8:05am.

The look of remorse hung on his face, as if he was responsible for the disappearance of my 20-paged document. I told him it was alright, biting my lower lip. He walked me to my dorm, then gave me his private number and asked me to call him as soon as I was up, so that he could get the computer technicians to the office and attempt retrieving the material. I stayed up till it was close to 7:00 am, brushed my teeth, took a quick shower, dressed and headed to campus. My supervisor was already in the office. I asked her to help me. We tried, nothing happened. I eventually called the security man. He appeared almost immediately with a slim Indian student. Five minutes to 8:00a.m.

Nothing. I ran out without saying a word to any of them and raced to my class. As soon as I stepped into class, the room was already full. I walked up to my Professor to narrate my story, and was almost whispering to him. He glared at me and frowned, then spoke up, as if to say “speak up!” I felt he was deliberately too loud because our dialogue attracted the attention of my classmates. Some of them clustered around us either waiting to ask their own questions or curious to hear my story. But I could hear them in my head. They were laughing. Their questions invaded my head. “How did you learn English?” “Do you have colleges in Africa?” “Let me know if you need with your writing.” I could swear I saw a blanket of incompetence descend on me. Added to the blanket was an echo of “You can‘t speak English, you can‘t write English and you can‘t TYPE!” I held back the tears, and clenched my fist. I had to prove them wrong.

Unoma Azuah is a Nigerian writer considered to be one of the focal voices of the third generation of Nigerian writers because of her award winning works and pioneer essays and research on sexuality issues in Nigeria. A graduate of the MFA program at Virginia Commonwealth University, Richmond, Virginia.