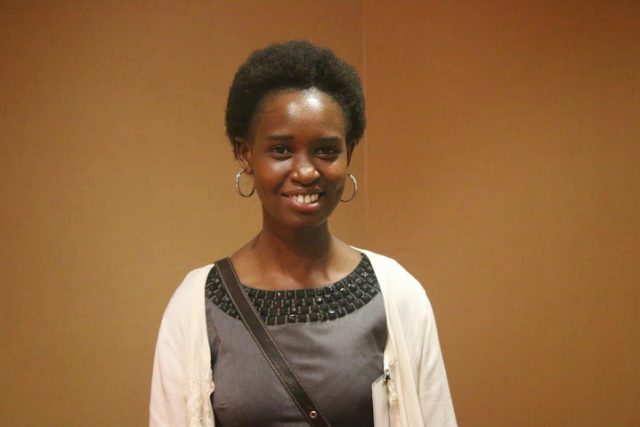 I have an image of a coconut in mind. The shell on the outside is hard and rough and has prickly fibres. Its inside has a lot of water and a little white flesh. It sits high above the ground and is rare because it only grows in the coastal area in my native Kenya. When the coconut matures, people come from far to have a taste of its delicacies. Those who cannot have to contend with the unfairness of the middlemen.

In most coastal areas too, you find big, tasty mangoes. While not all people may enjoy the coconut, I am yet to hear a disclaimer on the mango, except rotten ones. Everybody loves the mango. Unlike the coconut, it is fleshy and easy to peel. It is juicy too. Although mangoes are generally available, as they are grown in other parts, mangoes from the coast are more popular because they are bigger and juicier.

Compared to the coastal mango, the coconut knows it has little to offer aesthetically. I imagine that it is vulnerable to low self-esteem. Unlike the mango which is beautiful and attractive, it has to work hard to be noticed. And so it sits high above the ground to be easily sighted. But that is not the only frustration it has; the coconut worries constantly that even after it has been spotted, the suitor will soon realize that it only has a little flesh that is also plain white, hard and barely tasty. The water that constitutes most of its middle space is also far from the label “sweet”. The coconut knows that though it will have many suitors, they will soon dump it and settle for the mango instead. For that reason, she is an insecure being and months of worry, fear and discouragement eventually see it fall onto the ground. When that happens, she is sold for a small price while the mango, fleshy and attractive, fetches more.

The coconut must realize that though it can easily be abandoned, it has advantages over the mango. For example, while the mango has a thin skin, the coconut was given a hard shell to protect it from pests and impurities. It has extra security in the narrow opening because harmful things are censored. The hollowness and lightness of the mango makes it a good swimmer. Although the mango is sweeter and more attractive, the coconut serves a bigger and wider purpose as it has multiple functions and generally is a great team player. Combine rice with coconut milk and you’ll see what I mean.

Rosamille Wendot is the Coconut I had in mind. Everyone called her Rosa. In her personal search for greener pastures, she arrived one Tuesday morning from a local public school. Word had it that she had brought herself to the new school without the consent of her guardians, and so nobody would pay her fees. She insisted on staying and they let her be. But the cross would be hers alone.

Seated quietly at the corner desk, you never could tell what she was thinking. Perhaps, she felt so alone and different. Perhaps she wondered why they beat her so much. We all knew that she owed the school money. Almost every Tuesday, Teacher Moss called her name and sent her home to bring the fees. And almost every Wednesday morning she rolled back to school neither moneyed nor receipted, even when the harassment seemed unbearable. When she went home the eighth time and didn’t come back as usual, they sent for her themselves. But in the weeks that followed, they picked on her mercilessly. In this plantation where profit and grades were the over-glorified output, the slave drivers used the cane without reservations. As a debtor, she became the sacrificial lamb.

I sensed her need for belonging even though she didn’t say much. She wanted to be like the other girls. To be carefree. To share in the fun and seemingly juicy chats. I had a glimpse into her grey world through her forlorn thoughts. In this new world where more moneyed parents brought their children, she wondered what it took to be like them. Subconsciously, she searched for approval. For assurance. For stability. For a formula up. For certainty. For popularity. And when she finally found it in high school, she wondered why the thrill of it was so fleeting.

I know this because I lived with her. In her. For her. I was there when she struggled with questions about the world. I read her lonely notes. I raced along in the search for meaning and understanding. She yearned to belong, I knew that. I saw her chop herself like wood to fit. And when she couldn’t, I witnessed the misery first-hand. Undeterred, she took the blows with humility and tried again. So much for approval. For assurance. For popularity… And then the puncture happened and I saw her world crash and gallons of tears follow. Gradually, acceptance seeped in and she swallowed induced insight like a bitter pill. Rising from the floor was the hardest, most daunting task ever. But she did.

I still see those sad eyes from time to time, but this time I have something to say. In life, there are mangoes, coconuts (and more). Mangoes are the popular and more attractive ones. The ones everyone thinks are “cool” because they have personalities that match the part. Coconuts, on the other hand, are the plain and simple ones, the nerds, the ones people consider boring because they generally don’t have what the crowd wants. This latter group receives less attention (until much later in life when there is need for more substance). They are vulnerable to esteem issues. My heart goes out to the uninformed teenage coconut girl who suffers an identity crisis and wonders why she simply cannot fit in.

Winnie Cherop is a freelance researcher and writer based in Nairobi. She is an aspiring diplomat and scholar and loves to read write.

This is fifth in a series of essays Saraba is publishing in collaboration with Writivism.