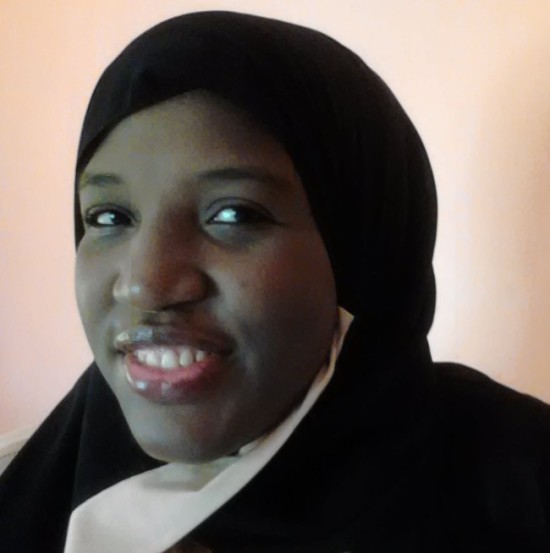 We learnt how to divide everything into two, my twin and I. We were born the middle children, with double names. She was named after my maternal grandmother Maryam, and I after my paternal grandmother Hadiza. She was Hassana and I was Hussaina. She was older than me with 15 minutes; it was the only dark cloud in my life. I couldn’t accept that she was older since we looked the same. We agreed that we were equal in our collective memory.  We were happy. However, our elder brother did not accept. He said Hassana was the older twin. He was eight years old to our five, and he said the world could end in fifteen minutes, so Hassana was the eldest twin forever and ever. I was angry and decided that we were going to teach him a lesson. At dawn we pretended we were mosquitoes and pinched him when he was sleeping but he was a sound sleeper and we got tired after a few days.

Maryam and I learnt to divide the household chores in two because our elder sister was usually away at boarding school, and whenever she was home she was queen. We couldn’t expect her to work with us. Boys, for some reason, do not do household chores. We asked our mother about it once, “How come boys never have anything to do?” We wondered if it was the same when she was growing up. She responded that our uncles did not do household chores.

‘‘Boys wash the car,’’ said my brother who overheard our conversation.

Our younger brother was the baby of the house so we couldn’t ask him to do anything.

We didn’t complain. We had a timetable that we sketched between ourselves: if one twin washed plates, the other would mop and sweep the house.  We would both sweep the front and back yards, sometimes together or sometimes separately. We took turns in washing the bathrooms, going to the market, and throwing the dustbin.

We also took turns cooking lunch while our mum made dinner. One day, we attempted rice and stew and the stew got burnt. Our brother, in response, said ‘‘the food was tasteless.’’  We lost our tempers and decided we were not cooking or doing any chores again.

We wondered what kind of a world we lived in were boys had nothing to do but wash a car and watch TV all day. Our mother returned from work and when we were voicing our angst about a harsh world where boys had no work but playing games, reading comics all day. One where we girls have to do the chores, cook food, miss interesting parts of Kung-fu movies, and never get time to read.  Our mother said we were helping her. That our reward was in heaven. We kept a collective quiet and looked at each other, mutual thoughts of girls receiving prizes from God for being good helpers.

Then our brother said, ‘‘They can’t cook at all, you should taste the food.’’

We said with one voice, ‘‘We are going on a strike. From now on, we will learn how to wash the car, and the boy should do everything else.”

Our mother said nothing, thinking we will forget. We refused to wash the dishes at night. We gave our mother a small lecture on teaching her boy how to work, but she ignored us.

The next day our father returned from duty and we told him about the strike, he said nothing. We were on holidays and there was no light so we took strolls, visited our friends in their house and watch them do chores. We read books and decided that boys were lucky people.

Our father prepared lunch, and we all ate. Afterwards, Maryam and I refused to do any dishes.  We heard him ask our brother to do them instead, and he replied, ‘‘only girls do the dishes.’’

On the third day, the front and back yard was covered with dead leaves and we sat down on the top of our father’s blue Peugeot 504, wondering about how to wash the car, and why the Nigerian Navy gave all its lieutenants blue cars.. We got tired and went to sit on upturned flower pots, munching our biscuits and greeting people as they passed.

Our mother came back to the house and we rushed to help her collect her bags. The sitting room was covered with throw cushions strewn across the floor. Our little brother was having the time of his life, since we were on strike we didn’t tell him not to do anything.

We looked at our mother’s face but she said nothing. She went to the kitchen to prepare dinner. Our father came home and he said ‘‘Yanbiyu, how about if I give you an allowance to help your mother with the housework?’’ We accepted, and the strike was over.

Our brother called us house girls. We told him we were richer than him and he asked our father to give him money for washing the car.

Our father told him, ‘‘You know you started this strike, so you are not getting anything.’’

Hadiza Mohammed is a Nigerian who reads and writes from Abuja. She is a member of Abuja Writers Forum and is a medical laboratory scientist