Saraba Magazine
Home - The Most Difficult Encounter in Life 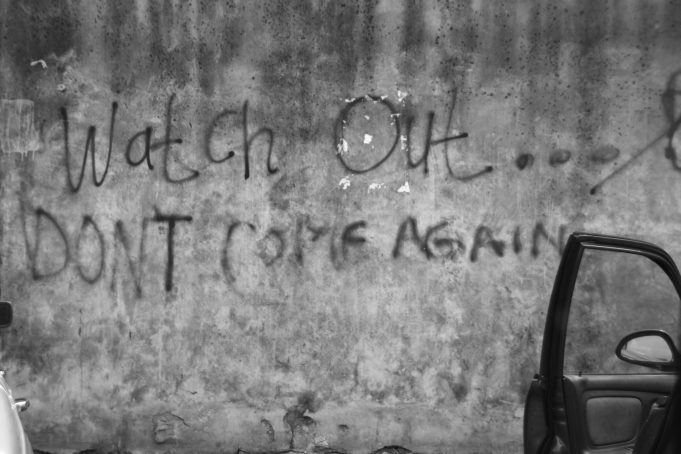 My beloved parents discharged all their duties right from my childhood up to my adulthood. I grew up in a standard family where I received a sound moral and academic training. I was sent to a formal school and learned Islamic education along with Western education. After closing hours, I used to attend tailoring workshop, because my father was a tailor before he got an appointment in Ahmadu Bello University Zaria. He was occupied to an extent; he could not train his children by himself.

I completed my apprenticeship under one of his students. I was trained within 3 years and began to work under him for almost 3 years and later went back to boarding school. My tailoring skills supported me up to the NCE and B.Sc (ED).

It was very unfortunate for me after the death of my beloved parents. My beloved mother died 30 years back and my father 10 years back. I have shed tears because the situation I found myself was beyond my expectation. I began to get maltreated by my guardians; I had never ever experienced such things when my parents were alive. Because I was obedient to my parents, silent as lamb, very brilliant in school and very sharp in learning. As a result of all these sad memories, my life began tumbling due to frustration and maltreatment. I deviated from their obedience out of annoyance. The most painful thing, which could not be deleted from my memory, was that they had denied me most my right and whenever I mistakenly did something wrong, they would never approach me for words of advice or correction according to their responsibilities as guardians. Instead, they would be always on the fence. This was the situation I was facing that consequently landed me in prison.

The saddest memories of my life which I would never forget. This is the first time and the last time in my life. Sometimes human beings can fall into error as a result of so many reasons like carelessness, anger, ignorance of the rule of law.

My story was as a result of anger and ignorance of the rule of law. After the case had been read before the judge by the prosecutor and the laws had been interpreted to me by the judge, then I really knew I was in soup. Before coming to the court the statement I gave had been transformed. When we reached the station, the direction of their interrogation complicated things. The nature of questions took a dimension that ensured he got the information he desired. Although I denied most of his allegation and accepted the ones that are genuine, to my surprise the statement the prosecutor read before the judge was entirely different during the court first sitting.

At that time I knew it was setup between the prosecutor and the plaintiff. If the latter had appeared before the judge, he could have asked him to take the oath and to tell the court what happened. If his statement contradicted mine, the judge could have reminded him he was under oath; if he lied, he could be charged for perjury. This would have scared him into telling the truth.

The prosecutor led me to the witness stand. The judge asked, “Do you hear these entire allegations against you;” “Yes sir,” I answered. “What would you tell the court, are you guilty or not;” I told the judge I could prove my innocence about most of the allegations laid against me. But judge said I had no way out since I took the law into my hands instead of initially reporting to the authority. The judge said according to the law, whatsoever the first person to report a case tells the authority is what they would take to be true, whether the statement is true or not.

“Since he refused to pay you your money, you have no right to carry his properties in refund of your money without his knowledge.” I told the judge I had returned all his properties I carried. They said his major complaint now is that some parts of his properties got missing.

“Now you have no way out from this case, so whatsoever happens, you should bear it like that and take corrections next time. Annoyance, anger and ignorance has landed you into trouble.”

The judge said he would give his verdict in a week’s time. The court then rose. A week later, we returned to court. The judge gave his judgement and pronounced the accused guilty. The judge sentenced me to two years imprisonment with a fine of five thousand and compensation of four hundred and twenty three thousand. The judge labeled my warrant with a title “Breach of Trust and Thief” (BTT). That is how I have found myself in a broad day light imprisoned.

Prison can be described as a custodian unit institution established by the government for the management, reformation and rehabilitation purposes for individuals guilty or who have trespassed the frontiers of the constitutional laws of the country with criminal offences.

Life in prison is not good. Here, I have learnt to force myself to adapt to different situations. The roofing of all the prison cell has no ceiling. In prison, I have come in contact with different people—staff, prisoners and prison warders in associates have gathered a lot of experiences from them. Most of my associates are prisoners brought from different places and different areas within local governments and states in the country. But some of these prisoners are brought on transfer.

There, I met with different categories of prisoners labeled with different offences ranging from criminal, financial, to things I have never experienced before. The cells are shared according to the level or degree of crimes a person has committed, except murderers sentenced as Condemned Criminals (CC). Their cells are isolated from other convicted prisoners. Those related prisoners caught with some offences such as stealing, fighting, homosexuality, use of drugs, fighting and other related cases are locked-up in these punishment cells either temporarily or permanently. All these prison cells are too congested with an estimated population range of 40-50 prisoners per cell. Although the population is not equally distributed. It varies on daily bases as the population increases and decreases for the incoming convicted and outgoing (discharged or transferred to the other prisons).

Every cell has single toilet and two drums that serve as reservoirs of drinking water. The food ration plates are shared according to the population of prisoners per cell. In this prison cells, food sharing is done according to prisoner’s duration of jail time.

In the prison, there is a school organised by the prison authority. There is a qualified warder in charge but unfortunately, this adult education school lacks so many learning facilities that would facilitate teaching and learning processes. The learning facilities should be provided with printed materials such as textbooks such as Physics, Chemistry, Physical and Health Education, Computer Science, Biology, Geography, Agricultural Science, Basic Science and Technology, Literature, Hausa textbooks, Islamic Religion textbooks, Christian Religion textbooks, Drama, Poetry, Creative Art, as well as an equipped practical laboratory for carrying out practical for both science students and science teachers. Besides teaching and learning facilities, the school also requires instructional materials such as visual aids—charts, calendars and improvised solid materials to facilitate teaching and learning processes in the school. Non-printed media supposed to be provided are educational technological devices. These devices include computers, tape recorders, projectors, digital cameras, audio-visual CD plates etc.

There is the need to establish a well-equipped skill acquisition workshop in the prison with facilities, equipment, tools, machines and materials for practical aspect. The only functioning workshops are tailoring, carpentry and laundry. Other skills needed to be included are building, auto mechanic, basic electronics, weaving, shoe making, soap making, poultry farming etc. I learnt shoe making under a private individual that comes to the prison on Tuesdays and Thursdays to train us on techniques in shoe production. He does this voluntarily and without the support of any governmental or non-governmental organisation. Through this program I have learnt to make both male and female shoes, handbags, purses and fancy belts also.

This has been an immense contribution and achievement to the development of my life entirely. Because it’s something I can fall back on when I leave the prison. It is an additional skill besides the knowledge of tailoring I already had. I can also teach these skills to other youths in order for them to be self-reliant. The major problem I may face outside prison is lack of financial support to purchase the necessary raw materials, basic tools, machines and other materials for the establishment of my own workshop.

A non-governmental organization called Illimi foundation plays a vital role to the development of adult education in this prison. They have introduced a mobile library program through which they make adequate provisions of variety of literature books such as An African Night Entertainment, Roman Mysteries, The Silence of the Lamb, Angels and Demons, The Da Vinci Code, The Beach, Half of a Yellow Sun, The shroud of a Nightingale, etc. Hausa literature books such as Muguwar Kishiya, Dgulli Dan Bajinta, Gwaidayara, Sandar sa’a, Yan mata masu, Neman Mazajen Aure, and other short stories books are also provided.

An Illimi Foundation Mobile Library Reading Program (IFMLP) facilitates the development of reading and writing skills under the supervision of their official agents. I have been assigned to be in charge of the Illimi Foundation Mobile Library Reading Program, carried out every Wednesday. They have contributed a great deal to the development of creative writing among prisoners and have helped increase the population of literate prisoners.

Sagir Lawal is an inmate in Kaduna Prison