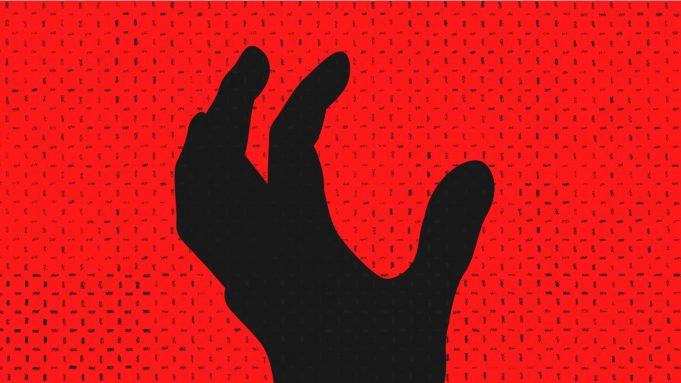 The opening pages of The Lazarus Effect, in which an investigative journalist is haunted by the “ghost” of a teenager, reminds one of Hamlet, in which an unhappy ghost seeking closure haunts his living son until the latter avenges his murder. All along, the reader of The Lazarus Effect will wonder if Jacqui’s ghost chose Vee out of confidence in the latter’s ability or whether someone has manipulated Vee into embarking on the project.

Voinjama (Vee) Johnson survives war and displacement in Liberia and ends up in Cape Town where she has lived for years, working as an investigative journalist for a paper that is not the best place for her. As a girl, she had to murder a child-soldier who wanted to sexually assault her; as an adult, she stands on her feet to fight off violent people. Plagued by a failing body and a series of psychological crises—psychosomatic manifestations of pain, hyperventilation, periodic blackouts and idiopathic illness—all of which she tries to keep under control by engaging in early morning runs, which, by the way, do not seem to be yield any positive result, Vee dives wholeheartedly into Jacqui’s case, resolved to either solve the mystery surrounding the teenager’s disappearance or die trying.

Vee’s past clings to her, no matter how fast and far away she keeps trying to run from it. As a matter of fact, it even seems she is inextricably bound to it. For example, she is surnamed Johnson, after Hilary R.W. Johnson, Liberia’s first native-born president. She keeps a dog named Monro, short for Monrovia. And then, during an informal session, she is told by a psychiatrist she meets at a party that the picture she is painting is “quite common among those with post-traumatic stress disorder, people who’ve suffered the loss of a loved one or gone through horrific experience like war” (p 157). At one point, she even slips into a trance and relives an ugly episode from her childhood, from when she was a refugee, back in Liberia.

Vee is not our regular investigator. If the reader thinks that she immerses herself in Jacqui’s case in order to distract herself from her muddled mental state, the reader would be correct. If the reader thinks she is doing it because she has lost a family member and therefore knows how Jacqui’s mother must be hurting, the reader would be correct. Admittedly, Vee lacks not only the detachment but also the astuteness of an ideal investigator. During her second encounter with Jacqui’s mother, we read that Vee “… hugged her arms close, partly to ease the chill in the air and partly to prevent herself from reaching out and touching the woman” (p 97). And again: “…Vee reached out and put her arms around the grieving mother” (p 98). Moreover, as if to absolve herself from whatever fault we might want to pin on her, Vee tells her friends at the conclusion of the case that “… real life investigating is nothing like books or movies. Clues don’t just line up to a perfect ending with no missing pieces” (p 279).

Over sixty years ago, Clark L Hull (1884–1952) proposed an influential theory, which posits that organisms seek an optimal level of arousal that is essentially zero. In developing this drive-reduction theory, Hull observed that many motives seemed directed at the reduction of some internal state of bodily tension, which he called a drive. For example, hunger drives an animal to behave in such a way that would diminish its hunger (eating). Pain would drive an animal to find ways to alleviate the pain. Hull concluded that each of these acts was rewarding precisely because it reduced the drive that instigated it. By extension, he inferred that what organisms strive for is the reduction of all drives—total peace and quiet, an absolute minimum of arousal and stimulation. But Vee’s is a special case that defies the theory. Rather than flee unpleasant situations as all living organisms are wont to do, she dives into the gale head-on. The Lazarus Effect confirms that “[T]he seduction of being immersed in the dangerous unknown and her willingness to remain neck-deep in the filth of humankind was far from healthy…” (p 201).

The thing about rewards, whether deserved or otherwise, is that they make the one who receives them feel indebted and want to pay back. Does this mean rewards can be used to manipulate people? Vee does not think that her decision to follow the case till the end is influenced in any way by the envelope of money she took from Jacqui’s mother. She does not like to think that she finally decides to start having sex with her friend Joshua mainly because he has always been there for her, because “he was doing a damn fine job at standing in for a brother she sorely missed” (p 202). She hates to think that she owes—and has to repay—her employer for moving her to a subsidiary, which has an “upstanding investigative beat.”

However, symbolically, a number of persons do get new lives at the end of the story. Jacqui’s mother liquidates all her assets and moves to Australia. The deputy in charge of security and surveillance at the Wellness Institute, Etienne Matongo, who knows something about Jacqui’s case, escapes from South Africa and makes it to the Namibian border with his wife and children, bearing a new identity book. After doing time at Pollsmoor prison, Ashwin Venter, the prime suspect in Jacqui’s murder/disappearance, returns to work at the garage with his sister whom he had almost beaten to death earlier on.

The language in The Lazarus Effect is a lucid English strewn with a pinch of Afrikaans, and an omniscient narrator who sometimes interrupts the characters’ thoughts and dialogues tells the story. There are hardly any references to dates in the book. Time is a wheel spinning forward and backwards without regard to the reader such that, once in a while, the reader will be left wondering where they are. However, the passage of time may be discerned in little things such as changes in the weather and the growth of Monro, Vee’s dog.

In debut novels, certain things tend to be overdone or underdone. The Lazarus Effect is no different. For instance, as if the reader lacks the capacity to understand the actual episode of Jacqui’s fatal encounter, Golakai precedes it with a chapter in which Vee narrates the very same thing to her friends. Besides, the oversimplified explanation of medical terms almost becomes an insult to the reader’s intelligence. A mention of HLA type, human leucocytic antigen type, is followed by a lecture on what it is and how it works.

Some characters in the book are prejudiced. One character absently mumbles that (stolen) phones can be unblocked at any dodgy Nigerian shop (p 99). Vee tells her Nigerian friend, perhaps jokingly, that “…Nigerians steal” (p 148). She also recalls that a Nigerian phony pastor who had told her to “undergo an impossibly long period of fasting and tithe an ungodly sum…” The fellow later “dropped by her house unannounced and insisted, with a lecherous smile, on a private prayer session” (p 150). In a similar vein, Etienne Matongo, the deputy in charge of security and surveillance at the Wellness Institute, tells Vee to her face that her “job is dangerous… It’s not a job for a woman” (p 214). After they are taken hostage, Vee begs her captor to let her assistant go because “if any white people get hurt, that makes everything so much worse” (p 271).

The Lazarus Effect (2011) by H. J. Golakai is published by Kwela Books.

Ekweremadu Uchenna is the Subeditor of Wawa Book Review. He was long listed for the Erbacce Prize for Poetry, 2015 and 2016. He was the first runner-up for PEN Nigeria/Saraba Magazine Poetry Prize, 2011, and made it to the Book of Winners, Castello di Duino International Poetry Competition, 2010. His works have appeared in Coe Review, The Write Room, Saraba Magazine, Imitation Fruit Journal, Wilderness House Literary, A&U American AIDS Magazine, Kalahari Review and elsewhere. He is currently working on a novel.

This review is published in collaboration with Wawa Book Review and 2016 Writivism Restoring Connections Festival.