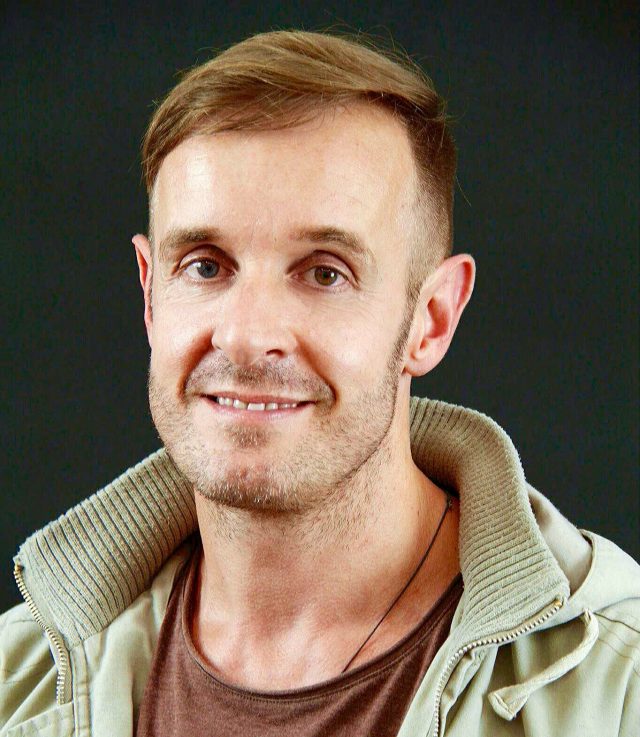 Reflections on the decade of my discontent, and how things have changed.

“One pink stripe means HIV- and two pink stripes means HIV+,” says the squat, bespectacled and business-like doctor in the air-conditioned consulting room at the Meldene Medicross in Melville. He’s peeling back the seal on the 5-minute HIV test that bears some irrelevant clinical name.

In five minutes, the course of my life might have to drastically alter. My stomach knots and I’m flooded with nausea. How will the doctor tell me the bad news? Will he put his hand on my shoulder and say, “Unfortunately you’re HIV+ and I would strongly suggest you see a counsellor” while reaching for a card on his desk? Or maybe because we have some sort of a relationship, he will ask me how I’m feeling.

How many times has this doctor had to tell the person in front of him that their status is changed, forever? I’ve never been a great one for status. Then to lift yourself from the chair and walk out of the consulting room bravely, strongly, fighting back tears. To the receptionist:  “Do I owe you anything (for confirmation of my death sentence in writing)?”

I mutter a quick prayer. This is a religious moment, one where my life and my choices flash before my eyes. My sense of humour is failing me.

I’ve put this test off since June 2013. A lot has happened in two and a half years. I’ve just read local journalist and writer, Adam Levin’s book Aidsafari. So, it’s very clear in my head that in this span of time, I could have developed full blown AIDS and would have been suffering terribly by now, if not dead.

Levin’s book is what finally got me to where I am now, in the doctor’s room. It’s a fear of suffering, and wondering if, and how, I would cope with the implications–both physically and psychologically–if I had his CD4 count. If it were me, would I want to live?

Suddenly, it’s numbingly clear that all the billboards have failed. Instead, it was the gut-numbing fear of suffering and the contemplation, through reading a book, of a possible and prolonged death so awful that got me to the test. And to making personal promises to never again get myself to this place through my own slackness, and of taking life (already so cheap in this city) for granted.

“Fucking idiot!” I think to myself as I taste my own emotion, it’s that strong. I owe it to myself to know my status and I owe it to all the people in my life. I meditated on this as the doctor jabbed my left thumb and a bright scarlet pearl blobbed onto the surface. “Five minutes…” the doctor reiterates as he smears the pearl onto the pale plastic receptacle.

I’ve had unsafe sex during this period, numerous times, sometimes by choice with people I trusted. Once, by accident. The condom came off. Never knew it until the show was over.

Now, there is nothing to say. Five minutes become five hours as we both sit in silence; me staring at the tester, him pretending to be interested–over his silver-rimmed spectacles–in something on his computer screen, both of us waiting for one stripe or two.

Have you ever held a revolver to your head with just one bullet in the chamber? Now I know that I have. A few times. It’s called Russian Roulette.

I’m just out from the doctor and I’m sitting at one of my favourite joints in Melville having coffee and most grateful for the thin, but single, pink line across the otherwise elephant grey western horizon. Yes, I’m celebrating being alive, young, thus far HIV- and filled with anger that I should have got myself into this situation, so easily, by the choices I’ve made.

I want the people in my life to know that I’m going to strive to do all that I can to fight this virus, both in my own life and by not shutting up about it in theirs… I’m not going to contribute to the abyss of silence shrouding this disease.

I could just as easily have been writing now about my tears and HIV+ status. Maybe I will still be doing that in a mere three months’ time, when the window period is over and I’m tested again?

I want to scream from the rooftops, get tested so that you know your status. Then do all that you can to stay alive and to keep this disease in people’s faces. It’s no joke. It’s certainly not a protracted bout of flu. I have too much I still want to do and life is too beautiful to die young and stupidly.

The billboards didn’t impact me in any way whatsoever: HIV: Face it! HIV loves skin on skin. HIV loves sleeping around. HIV loves pelegi go supa bosadi. So what? Although I can identify with most of them, their impact has been zero.

Another Gauteng thunderstorm is about to blast Melville and young, beautiful people of all colours, shapes and sizes are running to find cover. I can smell rain, I can smell life, on the blustery wind from the south.

Charles King is a lecturer and writer based in Cape Town, where he teaches others how to report on climate change and homophobia. He knows the world’s not perfect, but that it can be improved. He strives to do his bit with, in the words of Achebe, “meaningful optimism.”

This is second in a series of essays Saraba is publishing in collaboration with Writivism. Photograph courtesy Charles King.