Saraba Magazine
Home - “We reach for shortcuts instead of understanding” – In Conversation With Masande... 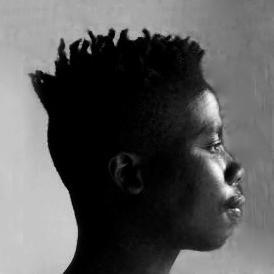 MASANDE NTSHANGA won the 2013 PEN International New Voices Award and was shortlisted for the Caine Prize in 2015. He graduated from University of Cape Town with an Honours degree in English Studies and obtained his Masters in Creative Writing under the Mellon Mays Foundation. Masande Ntshanga has received a Fulbright Award, a Bundanon Trust Award, an NRF Freestanding Masters scholarship and a Civitella Ranieri Fellowship.

Masande Ntshanga’s debut, The Reactive, was longlisted for the 2015 Etisalat Literature Prize. In this interview he speaks on the success of the book, the relevance of literary prizes, and the criticisms on contemporary African literature —Kenechi Uzor for Saraba Magazine

SARABA: What was writing The Reactive like, and how long did it take? Did you have to do many rewrites?

MASANDE N TSHANGA: It took my whole life, probably, but I drafted it in half a year. There were two years of false starts before that, but by the time it was done, my publisher took it on and I sat with my editor, who was excellent, before we went through it one more time.

MM: To be honest, most of the writers I know, especially those starting out, some of whom I can count as friends, like prizes. I mean, it’s true that we don’t enjoy being pitted against each other, but we’re also aware that being a writer doesn’t just mean “being the most ambiguous of citizens,” as Samuel R. Delany puts it, but also that you’re engaged in a precarious profession. It’s unfortunate, but true. Prizes come with money and they garner you the attention of booksellers. They’re also an occasion to meet other writers, which can be rewarding. Of course, winning also takes a lot of your time. For a while, you become the “property of the public,” as Saul Bellow once put it, and you go on a circuit as part of the price you pay for the ticket. In the end, though, I think you can only evaluate a book by reading it.

SARABA: You said in an interview that, in The Reactive, among the things you tried to do was write about “someone who was trying to evade everything in their life, someone who lived in a suspended state… about how people operate, about what communities are moving from and working toward.” Are you satisfied with your attempt, do you think you pulled it off? And, from feedback and reviews, do you think your readers get it?

MM: I am, and most of the readers and reviewers understand those aspects of the book. There has been, now and again, a little confusion about the structure and plot of the novel, but I understand that, too. The book is experimental, at its base, without being ostentatious about it, I think, and I suppose that’s unexpected given the subject matter. But nonetheless, it was a deliberate exploration of the novel as a form on my part. It felt too boring to do otherwise.

SARABA: Critics have complained that there seems to be two major trends in contemporary African literature: works tend to be either coming-of-age stories or about some immigrant character. The Etisalat Prize longlist seems to validate this criticism. Do you agree? Is this a trend you’ve noticed? And if it’s true, what does it mean for African contemporary literature? Are these trends reflective of the contemporary African writer’s experience? That is, do African contemporary writers mostly have immigrant experiences? And are they predominantly young, hence, the coming-of-age stories?

MM: These discussions show an increase in engagement from readers, it’s true, but I can’t help but feel that a lot of them are informed by assumptions rather than close reading. For example, a trend could never be enough motivation to write a complete, solid novel. It takes too much, at least in my own experience, to arrive at the end of composing a book. I think it would be more helpful to take a step back and regard the form of the immigrant novel or the bildungsroman as a narrative device that the writer selects in order to explore other, more idiosyncratic territory. To answer your question, no, I don’t perceive it as a trend, but rather, a failure to approach each book on its own terms. What it does say about African contemporary literature is that unfortunately, it still suffers from topological reading, despite our collective protest—readers and writers alike—against the sociological determinism imposed on it by the West. For my part, I tend to view literature as an art form, essentially, and not a direct transcription of one’s lived experience. To take novels and conclude on them based on their surface features feels more like reading the outlines of books rather than engaging with the density and disparity you’ll find in a novel. For example, under that line of thinking, people might equate NoViolet Bulawayo’s We Need New Names with Teju Cole’s Open City. I think both of them are immensely capable writers, but they’re wildly different in approach and subject matter, so it’s astounding to think that some people might decide they’ve written the same book, essentially, simply by placing an African character in the US. The same applies for the notion of youth in African literature. I had a similar question posed to me in London, during a panel for the Caine Prize, since two of us had written stories with the-now- regarded-as-woeful African child narrator. I told the audience member, who’d also mentioned the continent’s young population, that the models for that story were actually removed from contemporary African literature. Namely, “The Body” by Stephen King, “An Encounter” by James Joyce, and “Class Trip” by Victor LaValle—two Americans and an Irish writer for whom that question wouldn’t be posed. In the end, I think that the continent is so vast, and sometimes in our anxiety to harness it and appear devoted and knowledgeable, we reach for short cuts instead of understanding.

SARABA: Which do you appreciate more in writing: style or story? Do you think one more important than the other?

MM: I appreciate sentences, and I suppose that means style. Plot can be reactionary, at times, and the whole idea of escaping reality as opposed to enhancing it isn’t always appealing to me. There’s also something a little antiquated about solely being a “storyteller” after modernism, I feel.

SARABA: Who are your favourite writers, and what contemporary authors are you presently reading?

MM: I can never settle on favourites, but I’m currently reading unpublished work by the Kenyan writer Okwiri Oduor, as far as contemporaries go. Okwiri emailed me a few things from Iowa, where she’s based, and I don’t know if you’ll ever get to see them, but they’re incredible.

SARABA: Do you have any writing habits?

MM: I edit a lot on the go, using Dropbox and MS Word on my phone, but most people think I’m texting when I do that. So I get wrapped over the knuckles a lot for being anti-social, whatever that means for a writer.

SARABA: Congratulations, again, for The Reactive making it to the Etisalat Prize longlist. How has reception for the book been so far?

MM: It’s been good. The book has sold well, going into its third printing, and the feedback from my peers—who were on my mind a lot during the time of writing—has been satisfying.